The firm Zaha Hadid Architects has designed Hamburg’s new riverside promenade. It is the city’s new landmark, a key feature of its urban design. A 625-metre-long promenade with an important function: the modernisation and reinforcement of the system that protects Hamburg from the floods of the Elbe river. 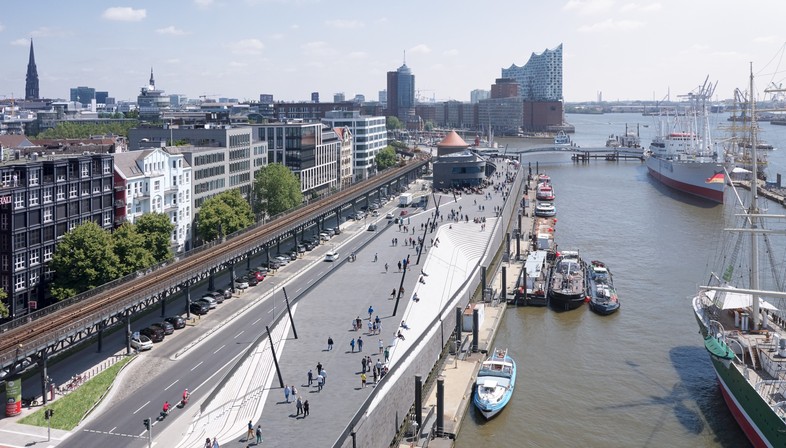 Hamburg boasts a unique location, along the Elbe estuary, a natural port that connects the city to the North Sea via the river, which has made it the second busiest port in Europe. The recent project by Zaha Hadid Architects focuses on a critical area that plays an important role in the relationship between the city and the river: the “Niederhafen River Promenade”, the redevelopment of the riverfront between St. Pauli Landungsbrücken and Baumwall at Niederhafen. This 625-metre-long route, a new urban landmark, is now a key feature of the city and, at the same time, it plays a major role in modernising and reinforcing Hamburg’s flood protection system. The project was assigned to the firm founded by the architect Zaha Hadid and headed by Patrik Schumacher, after winning the related design competition. 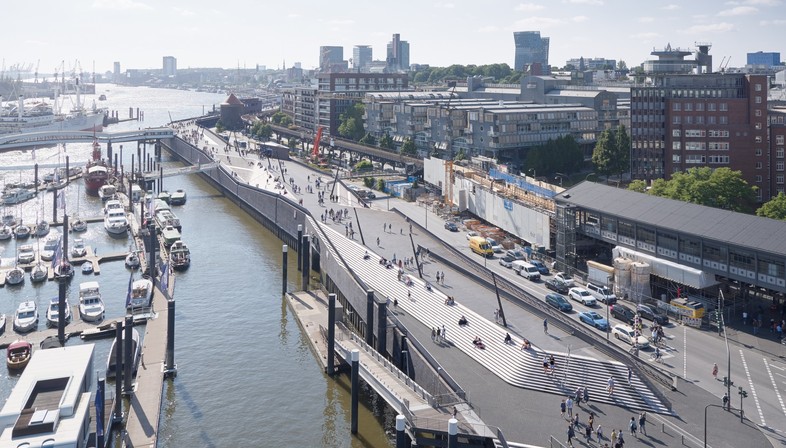 Historically, the river was not only a source of development and wealth for the city. On 16 February 1962, due to a severe storm, the Elbe River reached its highest level: one-fifth of the city was flooded, the homes of 60,000 residents were destroyed and more than 300 people died. Between 1964 and 1968, a flood barrier was built along the river to protect Hamburg. The flood barrier at Niederhafen protects the city from flooding up to a height of 7.20 metres above sea level. However, inspections of the existing structures revealed the need to reinforce the foundations and supports of the barrier. Moreover, more recent studies analysed and predicted Hamburg’s flooding characteristics more accurately with computer simulations; in particular, it was calculated that the height of the flood barrier had to be increased by 0.80 metres to protect the city from possible winter storm surges or extreme high tides in the future. The project by the firm Zaha Hadid Architects has redesigned an important area of the city as well as its relationship with the river. In fact, the barrier incorporates the well-known riverside promenade, which is a major attraction for both citizens and tourists and is one of Hamburg’s most important public spaces. 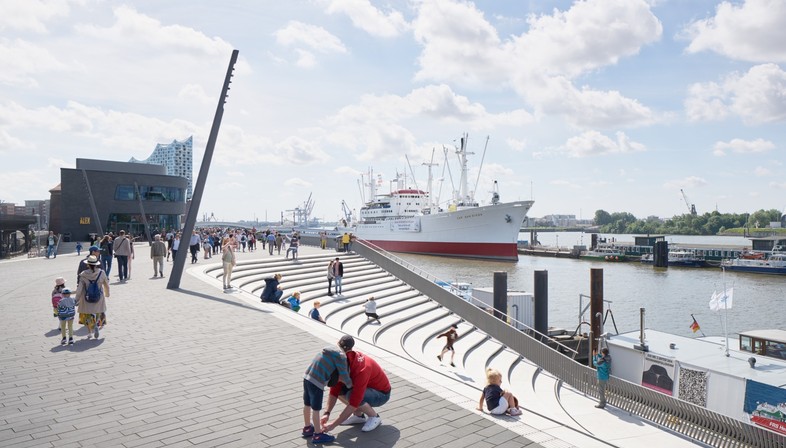 The promenade runs above the flood barrier, offering visitors an unparalleled view of the Elbe River and of the port by reconnecting part of the city. The architects designed a connecting element between the riverside and the surrounding urban landscape: a river walkway that connects the city’s districts, with new pedestrian crossings, connecting the streets to the promenade along the river. The maximum width of the route, 10 metres, means that it can be experienced as a new public space designed for pedestrians, street artists, sports activities or occasional stalls. The street-level structure, with a restaurant and kiosks, also offers spaces for shops and public buildings. Along the route, the steps designed by the architects as a solution to the height differences are like small amphitheatres created inside the flood barrier, facing either the river or the city. The amphitheatres have been carefully designed to highlight the areas of the route where the riverside meets the streets of the adjacent districts, creating interesting viewpoints over the river and the port also from the side routes, which are enhanced by the use of different coloured cladding materials. 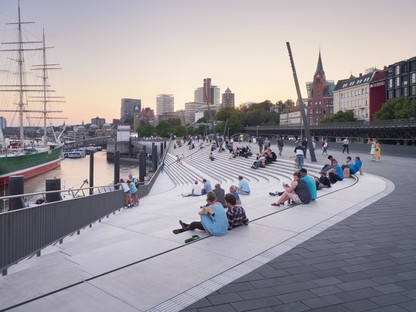 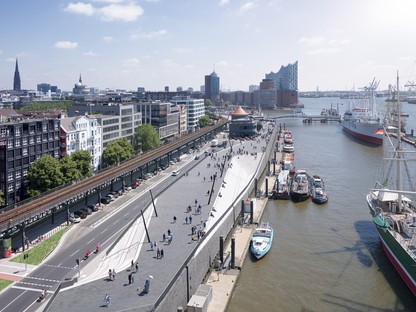 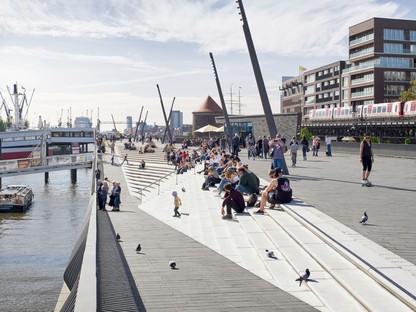 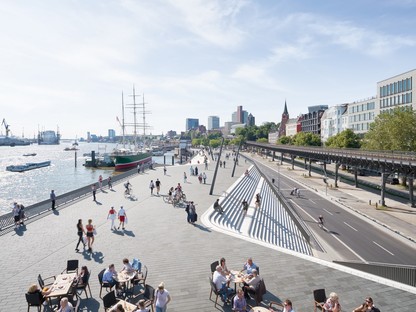 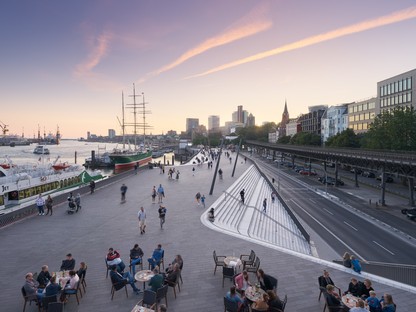 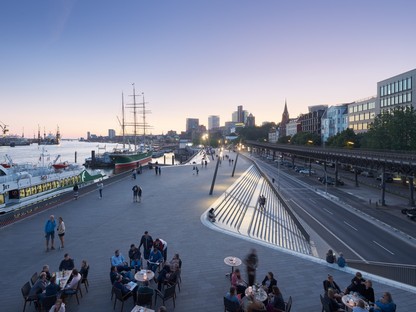 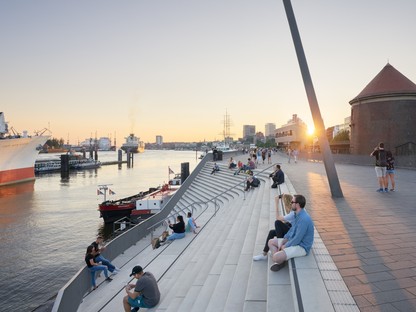 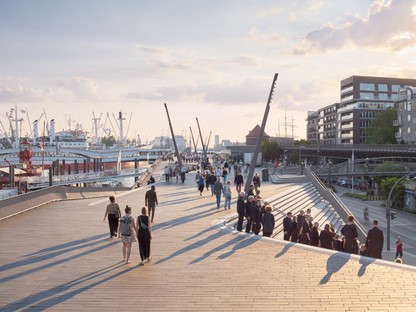 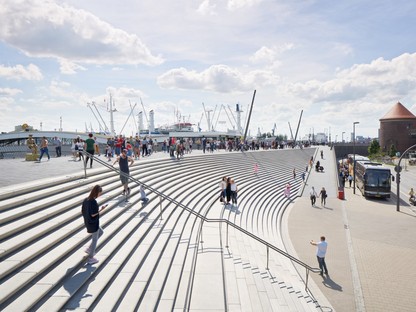 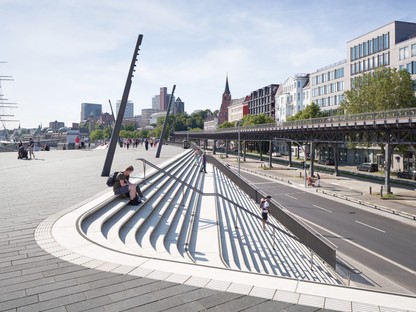 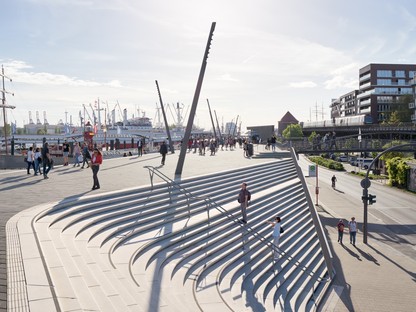 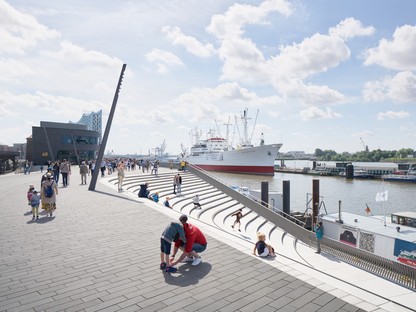 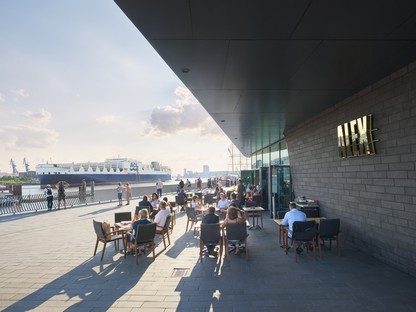 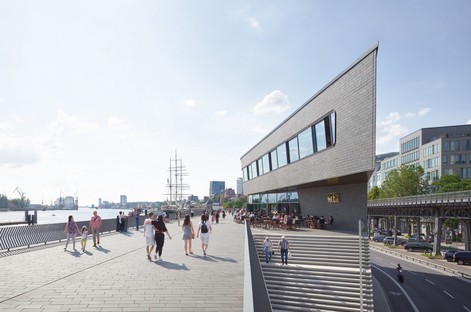 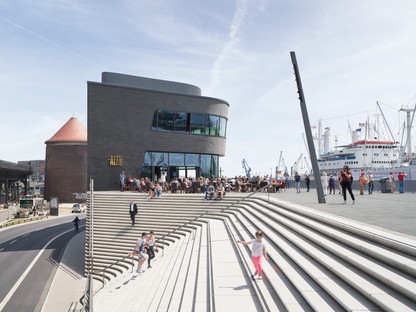 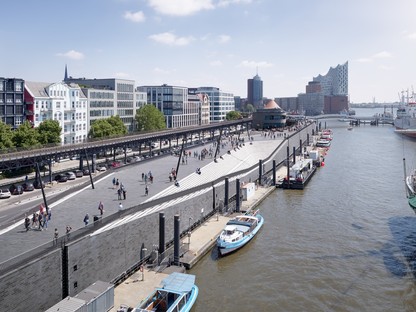 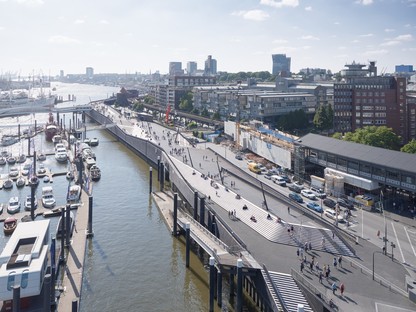 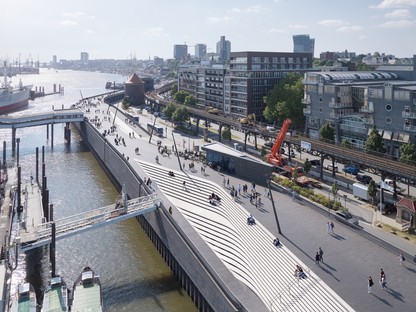 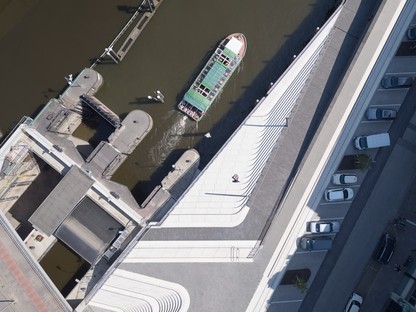 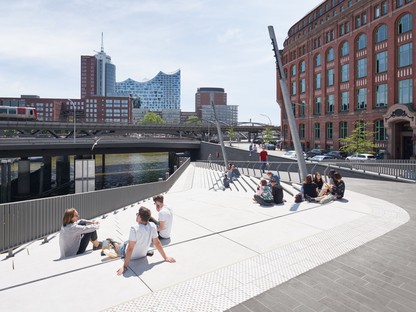 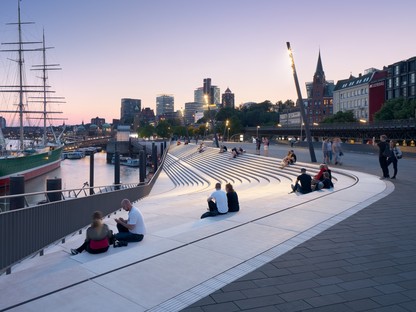