Big roofs inspired by fishing nets evoking the history of these places and their inhabitants are the distinguishing element in SOM - Skidmore, Owings & Merrill’s project for Jiuzhou Bay, the new waterfront in Zhuhai, China. It is a low-carbon project, in line with the city’s role as regional technological leader and its status of most liveable city in China according to the Chinese Academy of Social Sciences. 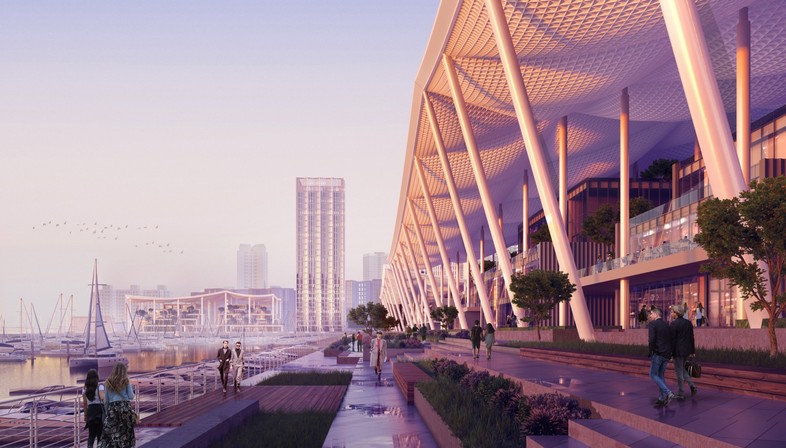 In China’s Pearl River delta, in one of the world’s most densely urbanised areas and one of the engines driving the country’s economic growth, SOM - Skidmore, Owings & Merrill designed the new Zhuhai waterfront, Jiuzhou Bay, with big roofs of sculptural shape inspired by the city’s maritime history. The project, selected among ten proposals submitted by ten different architectural practices, involves construction of a new low-carbon district that makes use of the area’s greatest resources, water and sunshine, in line with the city’s role of ecologically aware technological leadership in the region and its status as most liveable city in China according to the Chinese Academy of Social Sciences.
The net is the element the architects of SOM chose to characterise and distinguish their plans for the new waterfront in Zhuhai. The big, tall roofs sheltering the buildings and open spaces along the waterfront look like fishing nets strung up to dry, and they collect rainwater and produce energy with built-in photovoltaic panels. Fishing nets like the ones that can be seen along the coastline, recalling the local legend of the Fisher Maiden, one of Zhuhai’s tourist attractions.
Thus architecture is used to evoke an image that is familiar to all the inhabitants of this part of the region, as SOM Design Director Sean Ragasa points out, while at the same time referring to another kind of “net”: the internet. A global net, because Zhuhai plays a key role in the region’s growing technological pole and is identified as the most likely Chinese rival of America’s Silicon Valley.
The new Jiuzhou Bay designed by SOM will be a district measuring 5.6 million square metres with for mixed-purpose buildings: offices, homes, shops and infrastructure. The initiative also involves an infrastructure project that sets new standards for public transport in the region, making Zhuhai an increasingly important transportation hub for connections by sea and rail, with the world’s longest open-sea fixed link directly connecting the city with Hong Kong and Macao, key centres of finance and tourism.
The project will also include a "lighthouse": a tower inspired by the Fresnel lens used in lighthouses for guiding ships at sea. Jiuzhou Bay Tower will be more than 300 metres tall with a total of 64 floors, largely containing offices, but also including a hotel in the Ritz-Carlton chain, on 20 floors, and a skybar with panoramic views over the bay. 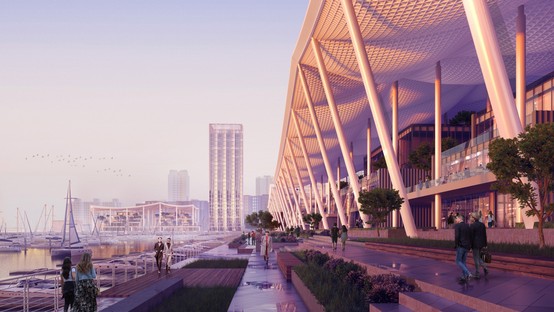 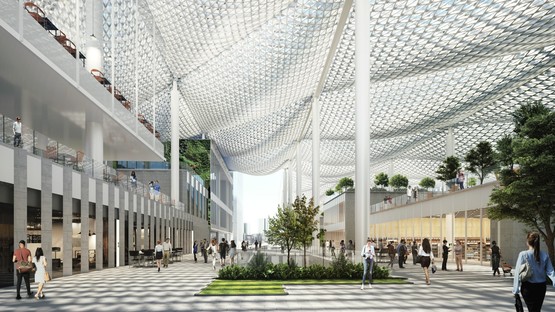 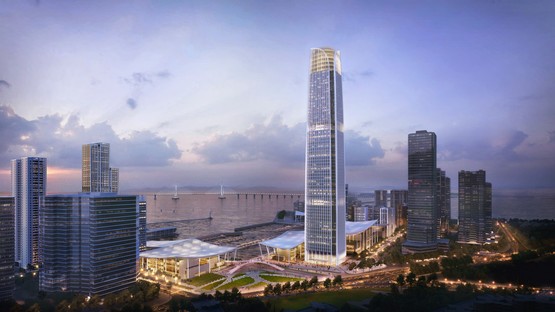 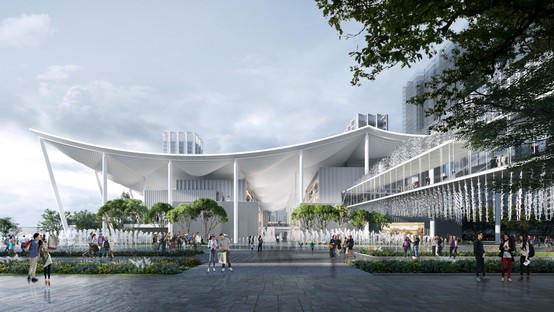 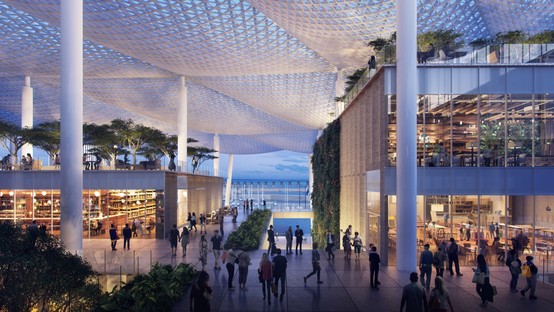 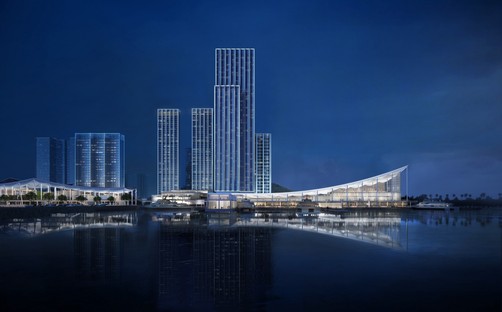