Zaha Hadid Architects (ZHA) recently won the design competition for the new international sports centre in Hangzhou, China. The new facility will include a football stadium, an indoor arena, an aquatic centre, a river park and a series of public squares. A project with a strong focus on sustainability and biodiversity, including the creation of natural wetlands to help drain rainwater. 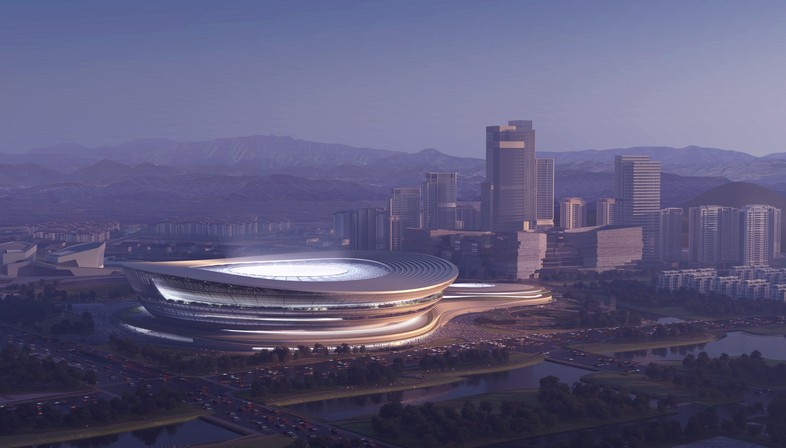 The city of Hangzhou is home to some of China's largest technology companies, as well as being one of the world's leading e-commerce centres. Conditions that have led to a significant growth in the resident population in recent years, particularly IT professionals and entrepreneurs from the country's interior regions. The project for the "Hangzhou International Sports Centre", recently presented by Zaha Hadid Architects, was created precisely to meet the needs of the new citizens and the growing demand for additional services, as well as meeting places for the inhabitants. The Hangzhou International Sports Centre will include a football stadium, an indoor arena, an aquatic centre, a new river park and a series of public squares with direct access to the city's metro network lines. The centre will be built within Hangzhou's Future Science and Technology Cultural District and will become a major venue for sports events, concerts and other cultural activities. The football stadium, designed to be able to accommodate up to 60,000 fans, will be its largest structure. The indoor arena, on the other hand, will accommodate up to 19,000 spectators and will be used for various sporting events, including basketball and hockey matches, as well as large musical and cultural shows. Finally, the aquatic centre will feature two 50-metre swimming pools.

The three main structures will be connected by a layered podium inspired by the tea-growing terraces typical of the hills surrounding Hangzhou. This staired podium will house the ancillary spaces and facilities shared by the different sports disciplines as well as offices, shops, restaurants and cafés overlooking the courtyards and podium terraces. The stadium, with its louvred façade, which gives it a layered and textured appearance, has also been designed to reinforce the reference to the typical landscape and geology of the area.

The Hangzhou International Sports Centre will be a state-of-the-art facility, built according to advanced sustainability criteria, combining technological systems (photovoltaic system and rainwater harvesting system) with solutions aimed at biodiversity and an approach focused on the protection of the local environmental. In fact, the project foresees the creation of wetlands along the river bank, where the local aquatic flora and fauna will naturally contribute to the filtering and drainage of rainwater and grey water. 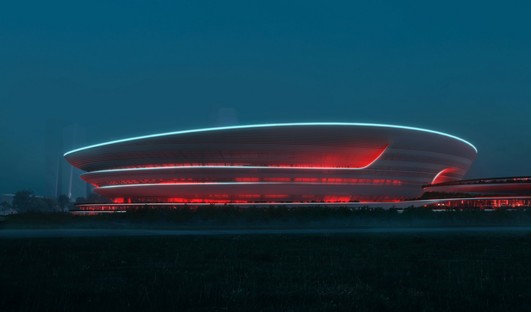 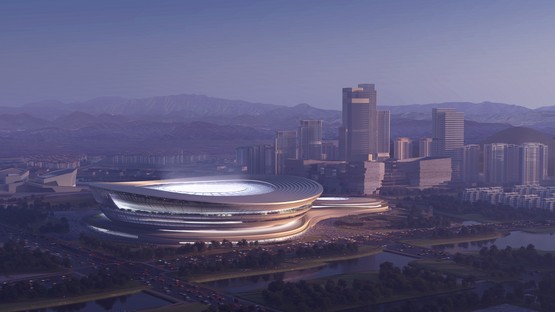 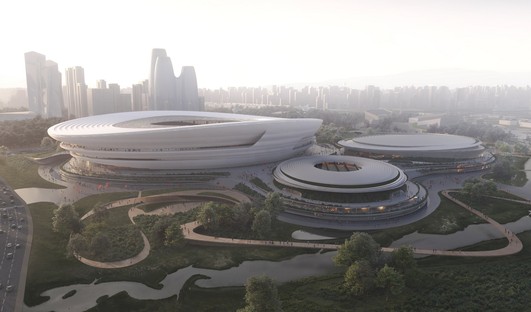 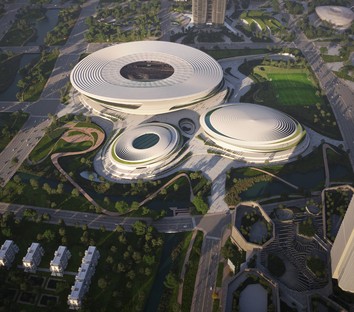 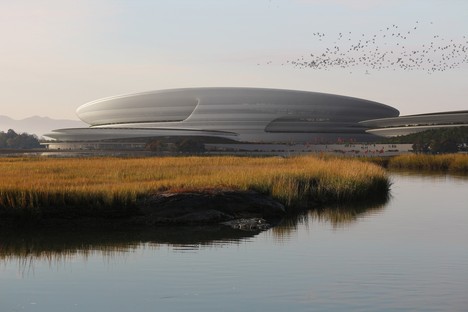 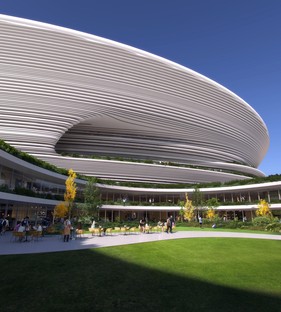 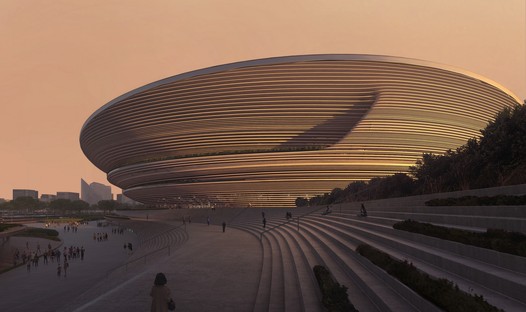 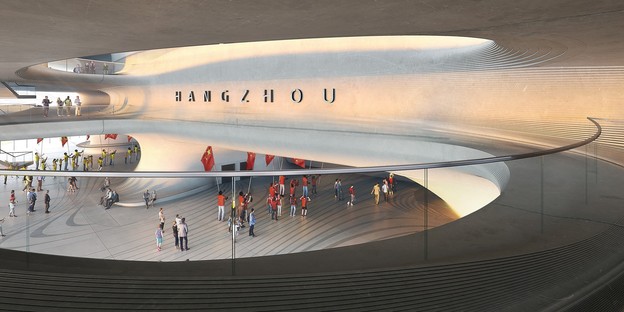 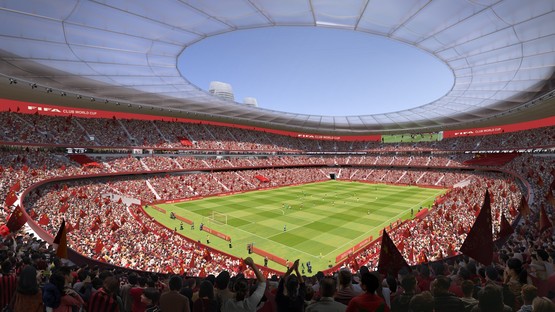