Zaha Hadid Architects has won the design competition for the arts and cultural centre to be built in the Jinghe Bay science and technology innovation district in China's Shaanxi province. The complex, consisting of a series of fluid volumes, planes and surfaces interconnected by courtyards and landscapes, will provide a range of both indoor and outdoor cultural spaces for the community. 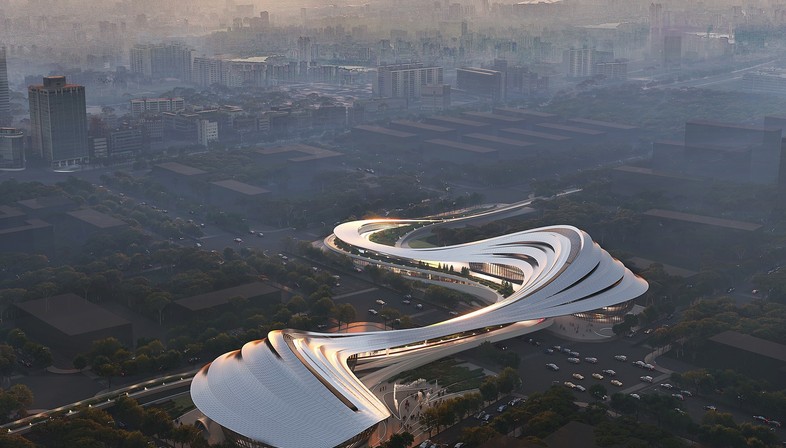 Fluid lines like those of the valleys drawn by the course of the Jinghe River and evocative of the mountainous landscape of China's Shaanxi province are the strongpoints of the design of the Jinghe New City Culture & Art Centre, with which Zaha Hadid Architects recently won the design competition.
The new cultural and arts centre will be built within the Jinghe Bay science and technology innovation district of Jinghe New City. Thanks to the presence of major scientific research institutes and development driven by environmental considerations, the city has grown in popularity and established itself as a science and technology hub, quickly becoming an important landmark for the entire Shaanxi province, north of Xi'an. It is, in addition, a preferred location for industries operating in the fields of new energy, innovative materials, artificial intelligence, and aerospace engineering.
In this vibrant and innovative context, Zaha Hadid Architects has designed a complex that, with its flowing lines, fits harmoniously into the district's masterplan. The new centre will consist of two main buildings and the pathways, with raised gardens and courtyards, that will connect them. This will allow the eight lanes of one of the main roads in the district separating the two areas to be easily crossed. A new multimedia library will be built north of Jinghe Avenue. To the south will be the new theatre building, which will also include multifunctional rooms, studios and exhibition galleries. The Jinghe New City Culture & Art Centre will emerge as a system of interconnected fluid volumes, planes and surfaces, created by the elevated public walkways that wind through this part of the city to connect the two main buildings as well as the district's commercial and residential areas with the parks and river to the south. Through the pathway system, the public will not only access the various artistic and cultural services in the centre, but will also be able to access the new subway station that will be built here.
The building will be constructed according to sustainability criteria in order to obtain the three-star certification of the Chinese Green Building programme. Passive strategies will then be adopted to optimise ventilation and natural lighting. In addition, the building will be equipped with a rainwater recovery system, photovoltaic panels for energy production, and mostly recycled or locally produced materials will be used for the construction. 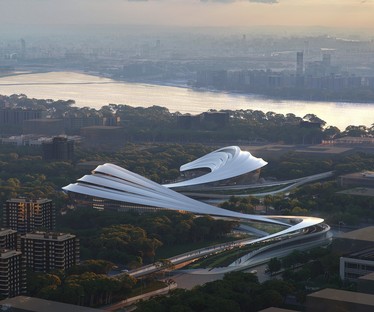 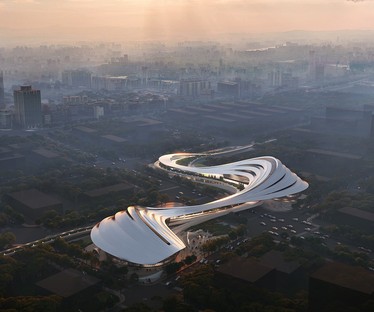 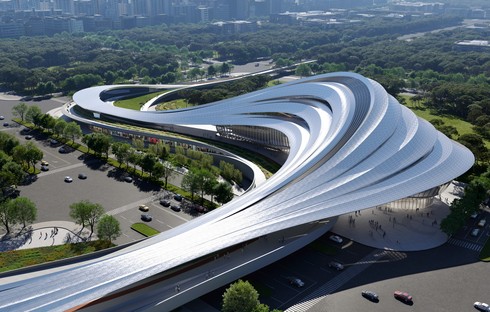 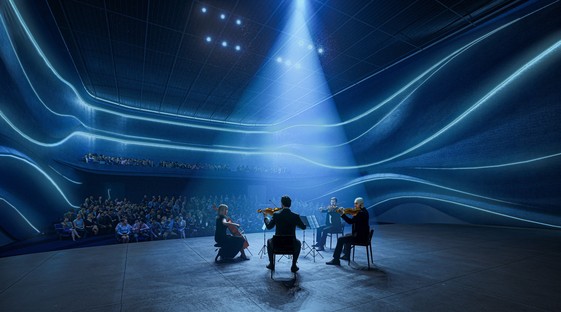