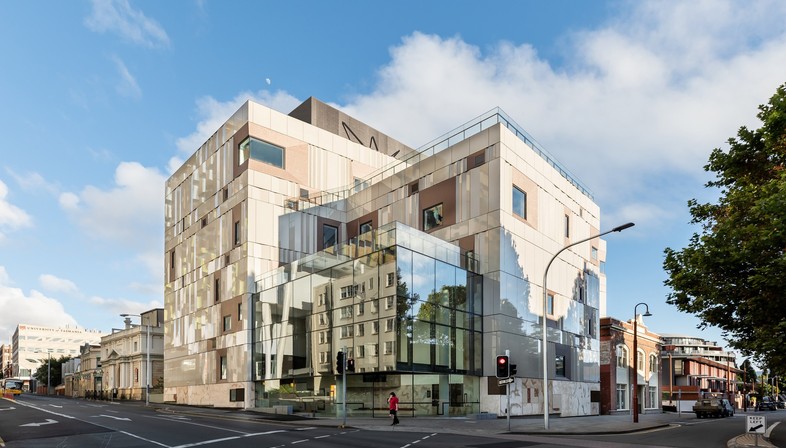 The highest accolade of the Tasmanian Architecture Awards 2022, the Tasmanian Architecture Medal, was awarded to The Hedberg, the new arts and entertainment complex designed by Liminal Architecture with Woha, for the historic city centre of Hobart, Tasmania, Australia.
The award jury emphasised that the strength of the design by Liminal Architecture and Woha was the way in which they were able to combine the heritage and historic buildings of the urban context with contemporary elements, as well as the complex array of technical requirements necessary for a structure that aims to present Tasmania's cultural offerings in a global context.

In 2013 Liminal Architecture and Woha won the international design competition for an arts and entertainment centre in the historic centre of Hobart, Tasmania's capital city. The purpose of the building was to bring together Tasmanian traditions with contemporary innovations. The new structure was intended to integrate a historic two-storey building, Hedberg Garage, and allow access to all levels of the historic Theatre Royal. In addition to professional spaces for music and artistic performances, creative workshops and service rooms, the new building was to accommodate world-class performances and thus be equipped with all the necessary technical and technological infrastructure.
In response to this fascinating challenge, Liminal Architecture and Woha have designed a building on a human scale, conscious of its role and capable of creating a harmonious relationship with the cultural and social context to which it belongs. In creating The Hedberg, the architects chose contemporary materials that harmonised well with and enhanced the bricks and other materials used in the surrounding historic buildings. At the volumetric level, the idea of a single large building was overcome by the desire to think of The Hedberg as a "group of buildings", thus employing urban strategies that could balance the scale of the new construction with that of the historical pre-existing buildings. The result is a cultural centre firmly rooted in its context that invites its users to immerse themselves in the culture of the place, and which the architects describe as a "festival in a building". The reference is in fact to the capacity of this architectural work to evoke the theatrical activities it contains. The exterior cladding, for example, illuminated by light, is reminiscent of a shimmering curtain that opens to show the spectacle within, and at the same time its sparkle is a reminder of the abalone shells used in Tasmania as fire pits, the earliest form of natural theatre. 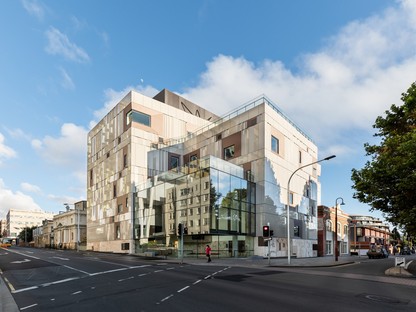 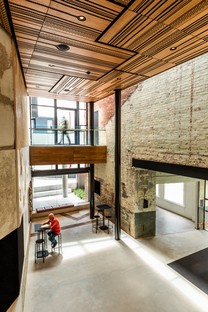 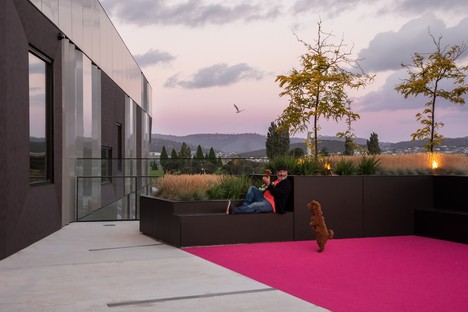 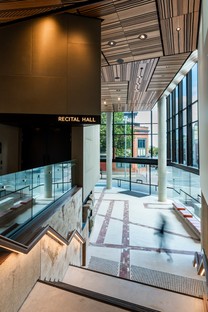 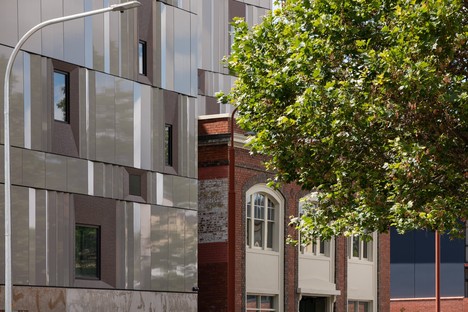 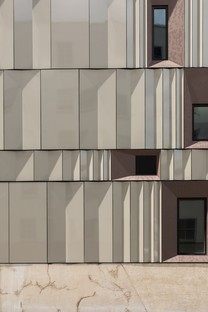 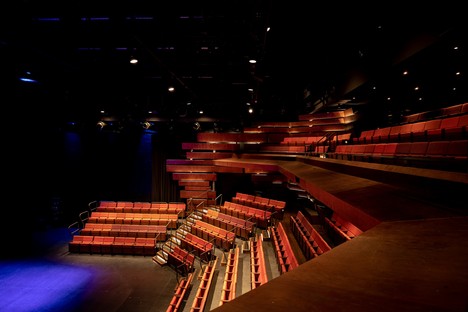 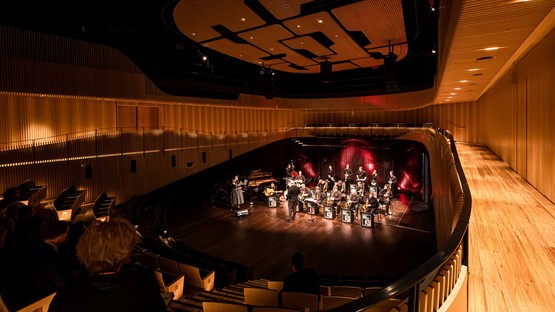 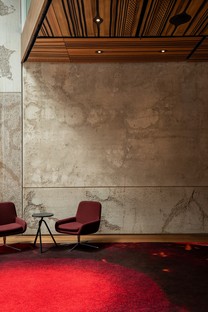 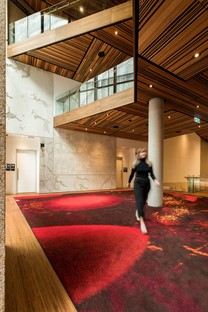 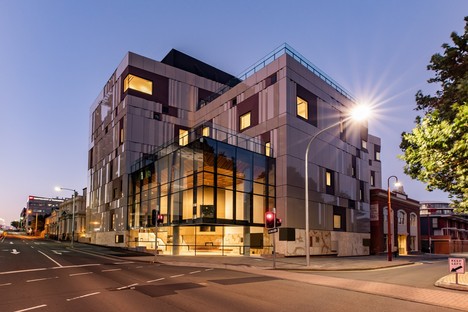 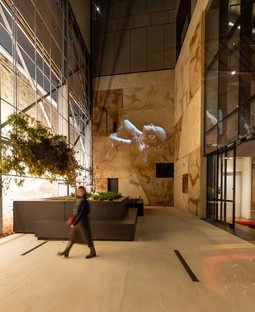 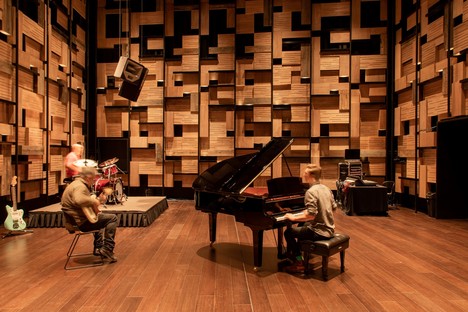 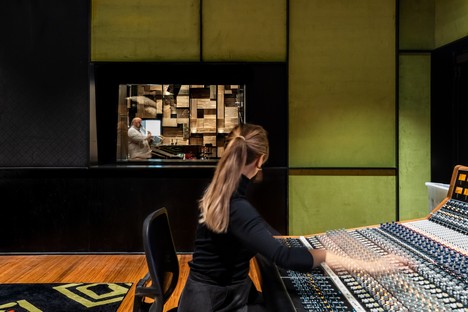 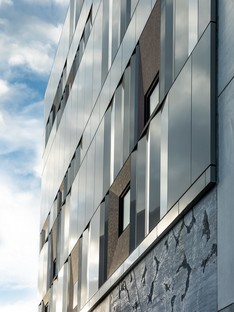 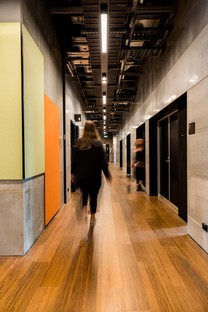 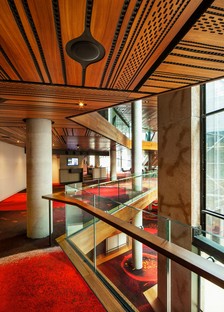