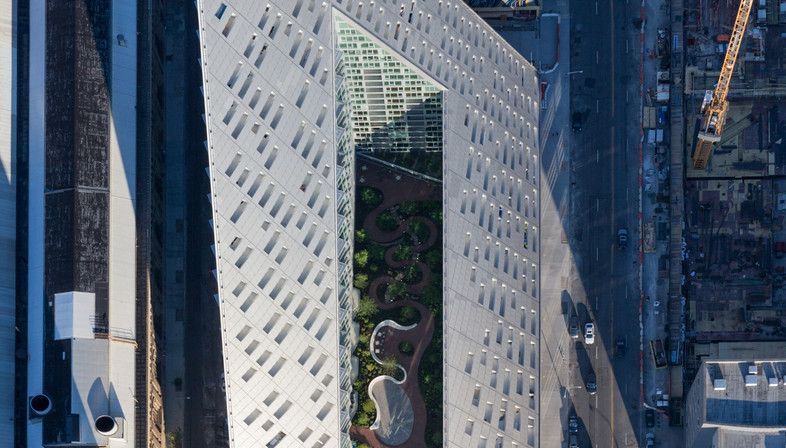 Bjarke Ingels’ projects are always very hard to describe in words, because every project demands the coining of a new term to describe its geometry and construction. Bjarke Ingels himself came up with the nickname describing the West 57th Street project in New York, describing his new addition to the Manhattan skyline as a “courtscraper”: a cross between a courtyard building and a skyscraper. The idea was still a trick for film sets for the generation of architects prior to BIG, when parametric shapes first became feasible, but were rarely applied. Today, the potential of parameters for processing of complex forms applicable to buildings has been made clear by pioneers such as Frank Gehry, Zaha Hadid and others. Even outside the narrow world of architecture, people tend to think of contemporary design in terms of forms, which can be described as generated out of rigorous geometric relationships between quantifiable parameters, as compared to conventional CAD tools, in which Euclidean geometry simply goes digital, while remaining the only tool for describing a design concept; today’s programs also use parametric systems to develop and display models that can be modified like living organisms.
What better way to describe the Bjarke Ingels Group’s West 57th Street project than as an organism, which has taken on this black shape without use of conventional geometric development, almost “manually” adapted to the context it stands in and the resulting restrictions. The new complex, which includes both residential and commercial spaces, is clearly intended to solve the problems of the island of Manhattan, such as very high land costs and population density, the factors that led to the evolution of the skyscraper, and reconcile them with an older way of dwelling. The courtyard building offers benefits which are much sought-after today, such as social living, security, proximity and intimacy. The courtyard garden offers the desired type of contact between the interior façades as well as forming a green oasis for thermal exchange and residents’ well-being.
In BIG’s project, the first two levels of the building contain retail spaces, which communicate directly with the garden through the lobby staircase, with apartments from the third floor up. In the design scheme, the rectangular base of the building built around the courtyard occupies almost a whole block and rises up to the thirty-second floor in the northeast corner, while the other three corners remain low. Seen from the opposite bank of the Hudson River in Iwan Baan’s photographs, the building looks like a pyramid, standing out as a landmark on the already complex Manhattan skyline. As we approach and walk around the building, it once again becomes difficult to describe its form, as it appears three-dimensional from every point of view. The marvel that we experience when we look at it arises from the fact that it seems to move as the spectator does, with its own intrinsic dynamism, seeming to change shape with time.
In actual fact it is the effect of “stretching” of this steel and glass skin up to a height of 142 metres, in which the effect of scalability ensures that every element is dragged into a vortex of lines. The surface, which is both wall and roof without interruption, is perforated at irregular intervals by ever-different terraces facing southwest. The apartments have a herringbone layout, with bow windows extending them out into the inner courtyard, accentuating the centrifugal thrust to seek the best perspective for views over the river. As a result of the fact that one corner is taller than the other three, the courtyard receives sunlight all the way to its middle, opening up to be visible throughout the neighbourhood. BIG already experimented with this solution in one of its best-known social housing developments, 8 houses in Copenhagen’s new Ørestad district . In the Manhattan project, however, Bjarke Ingels offers another interpretation, not only providing West 57th Street with light and heat but imagining the architectural organism as shrinking back so as not to block the view of the Hudson River for Helena Tower, behind it. This really is the new Manhattan! 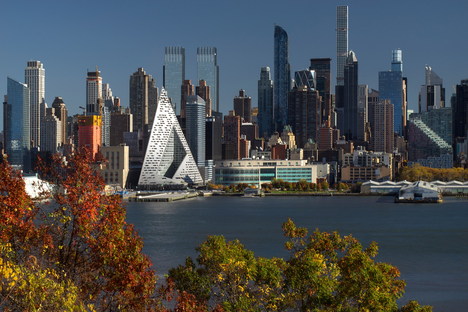 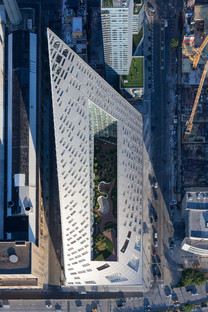 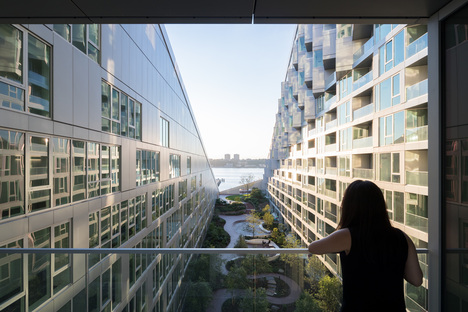 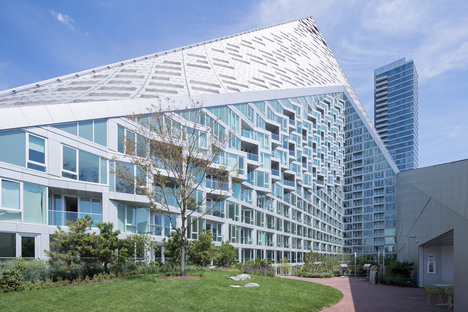 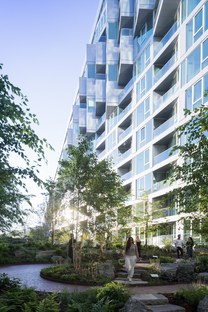 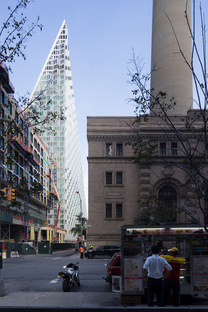 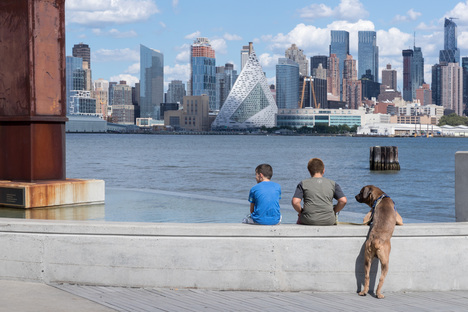 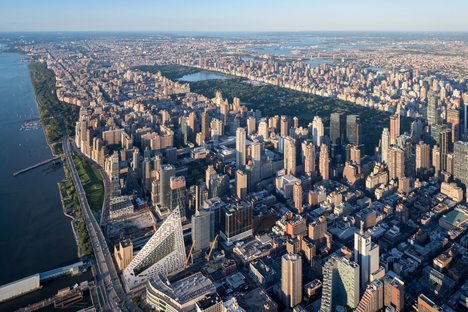 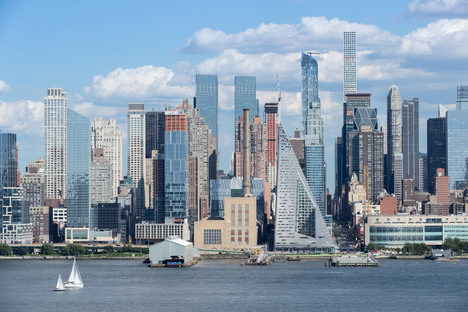 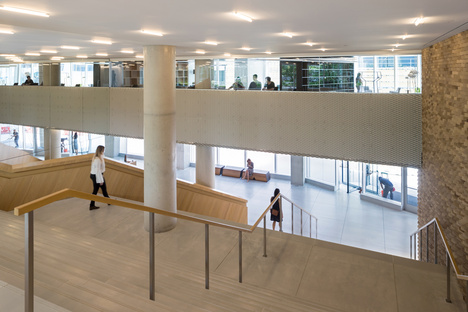 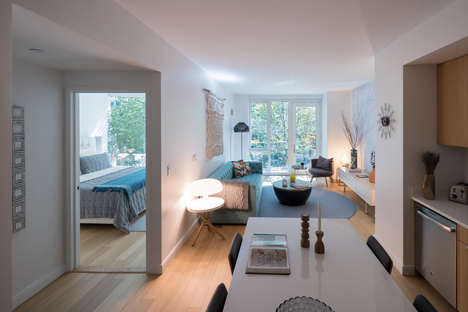 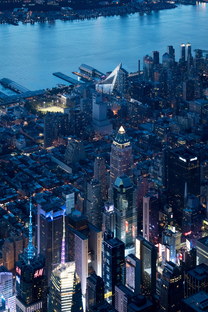 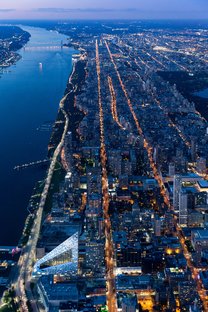 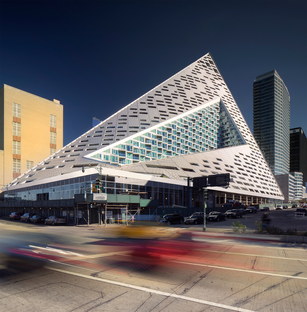 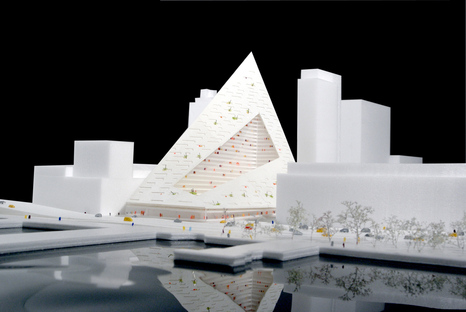 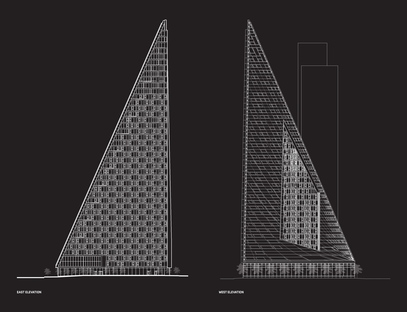 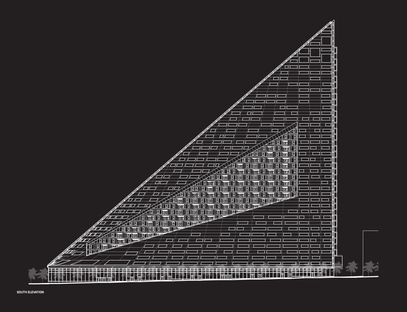 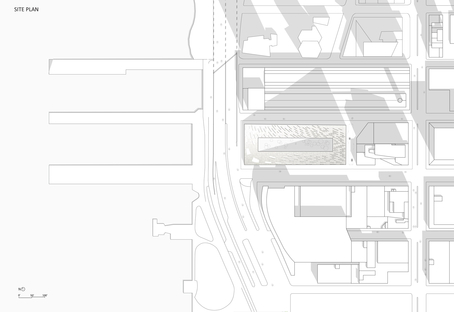 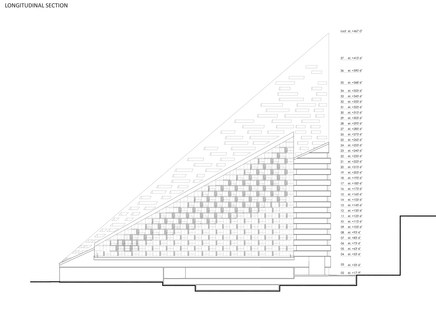 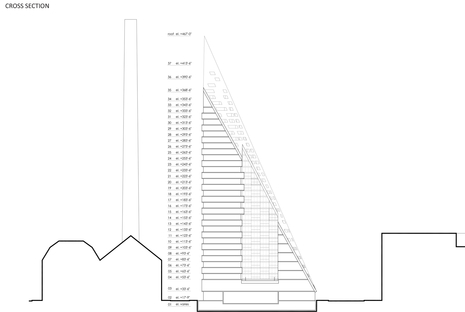 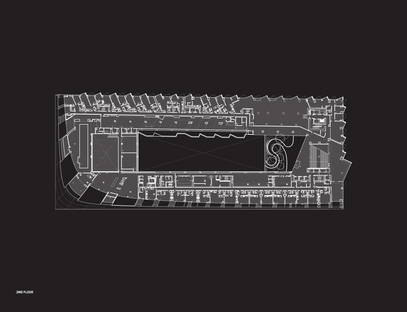 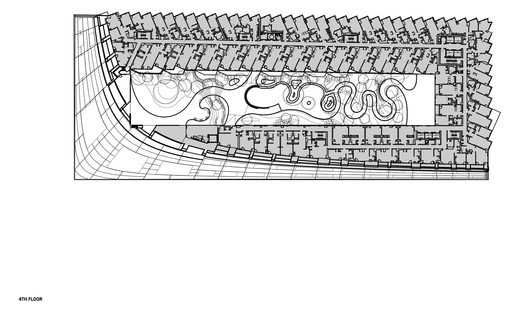 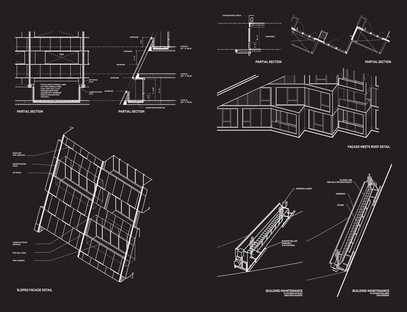