Inaugurated on June 25 2011, Cité de l’Océan et du Surf was built around the symbols of the sea and sports that make Biarritz the top tourist destination in Basque France. Competition winner Steven Holl uses the shape of the coastline as his starting point for creation of an underground museum, the roof of which becomes a plaza from which to admire the ocean. 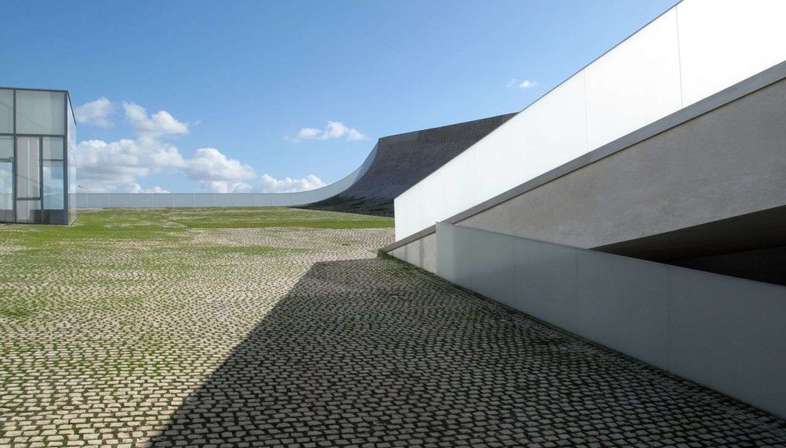 The city of Biarritz celebrates its status as European surfing capital by commissioning American archistar Steven Holl to build a museum dedicated to the ocean, the Cité de l’Océan et du Surf, where everyone can enjoy the attractions of the underwater world which brings thousands of tourists flocking back to the French coast near the Spanish border every year.
These are the temples of the modern age, buildings constructed not to celebrate politics or art, but the art of living, the spectacle of lifestyle which has become such an important part of human history. About fifty years ago the French Basque coast became a popular destination for American tourists, who discovered the power of its waves for surfing.
Holl?s architectural project combines scientific study of the ocean, hydrodynamics and the techniques and technologies that have permitted the development of the sport of surfing over the past fifty years with promotion of a national and international lifestyle worth preserving and promoting even among those who don?t practice the sport themselves. This dialogue takes explicit form in the exhibition halls, where the interactive educational itinerary leaves plenty of room for the culture of the image, with reproductions of the tubes of water created by the waves as well as an auditorium and recreational facilities such as the restaurant and coffee shop, places for entertainment and reflection on the issues presented in the museum; and even more so in the relationship between underground architecture and the architecture on the surface, reproducing the idea of what is above sea level and what is below it, which surfers know well due to their continuous passage above and below the surface.
In order to represent the places where surfers go, Steven Holl has designed a big convex plaza representing a wave about to close over on itself, on which people can walk, experiencing the sensation of being inside a water tube. The underground and semi-underground floors contain open space halls, with two glass geometric volumes standing out like rocks rising above the surface of the sea containing entertainment services and the entrance to the museum. The perception of being in a borderline place is accentuated by the layout of the plaza, the axis of which points straight to the sea and the two emerging rocks, creating a high impact perspective cone. Definable as Steven Holl?s signature on the project, the volumes are made of reinforced concrete with a continuous façade of thick clear Okalux glass to contain installations and provide better thermal insulation.  From the fullness of the light which the two bodies capture, thanks to the material from which they are made, they continue their downward path to the underground areas, guided by more and more delicate light like that which guides swimmers from the surface of the water to the deeps. 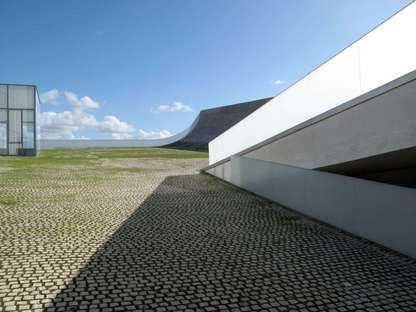 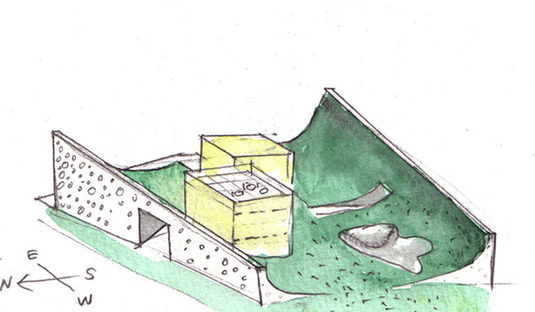 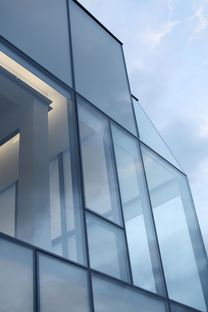 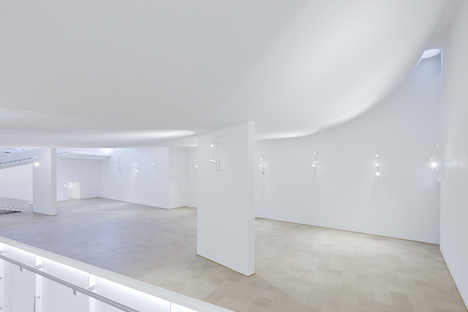 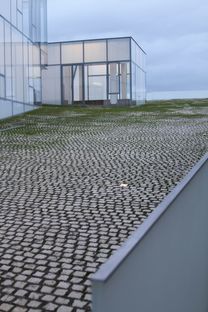 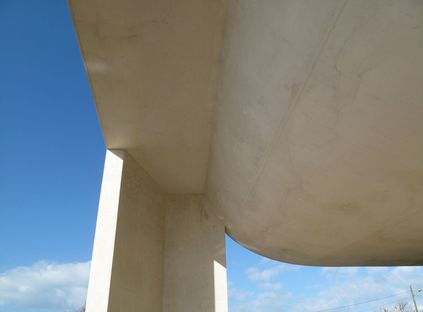 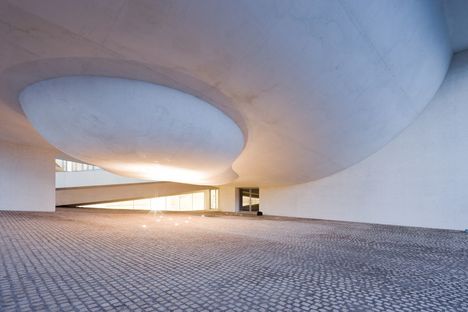 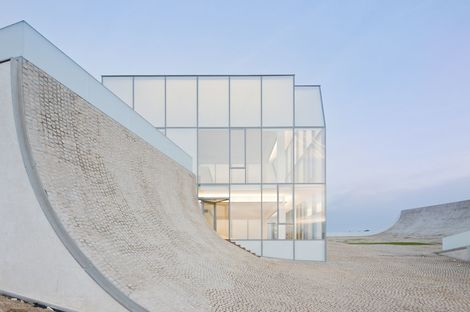 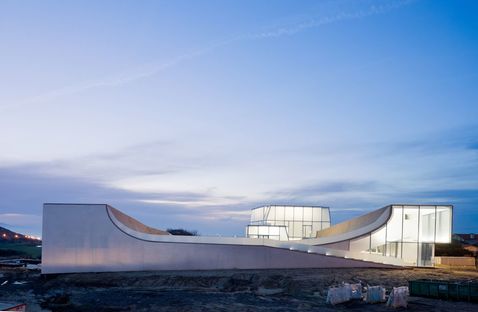 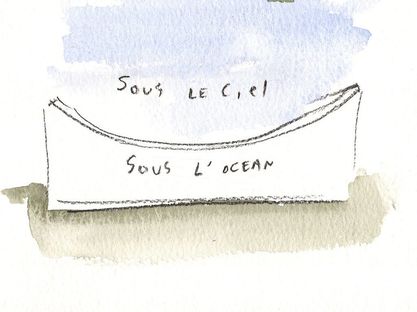 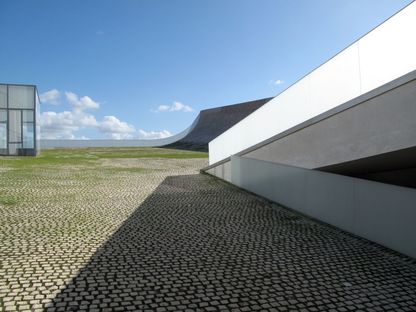