Dominique Perrault’s Fukoku Tower in Osaka will provide a possible definition of sustainability. The French archistar sees architecture as a question of materials, of inventive composition and of relating to the landscape, elements which must co-exist to raise a work of architecture to the status of landmark. 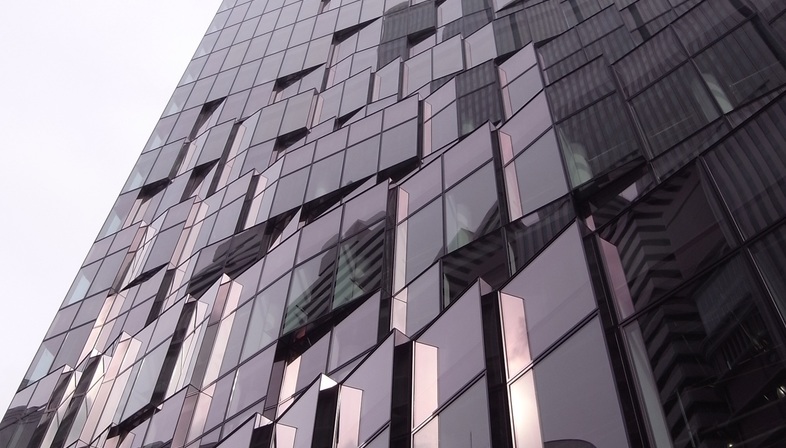 It’s not automatic to think of a tree when you see Dominique Perrault’s latest creation: a tower made entirely out of glass rising above the concrete buildings of central Osaka. Completed in October 2010, the tower built by the insurance firm Fukoku Mutual Life includes 30,000 m2 of office space, 5,000 m2 of retail space and 3,400 m2 of university laboratories, served by about 4,000 m2 of parking lots and a 1000 m2 lobby. The building’s compact glass skyscraper shape at its top, and in most of the floors below, is suddenly interrupted near the ground, at the level of most of the nearby buildings. The building's monolithic presence is broken up, and its pure geometry tends toward the organic.In this unexpected passage, in this apparent “giving way” of the technological artifice we may recognise the natural, chaotic human element, the spark of the building’s emotional content and the drama of its surprising invention. This is what architect Perrault calls the Fukoku tree, casting down its roots in the land, and is effectively Roland Barth’s “punctum”, the “quid” of the project. In our opinion, Perrault’s tower casts down its roots precisely thanks to the expressive drama that makes the known unknown, transforms the indistinct into the admirable, makes a city building into architecture for the inhabitants.
This urban area will never be the same again. People will meet under the interrupted tower, by the breaking glass, watching the facade fly away.
The link between Perrault’s design and the territory, underlined by an exhibition at the Tokyo Opera City Art Gallery entitled “Urban Landscape”, can also be seen if we note the importance the project attributes to the study of the conformation of buildings in the area, primarily underground. Thus Fukoku Tower has its focus in the 3 underground levels: a shopping centre, with a big botanical garden at ground level which may in turn be recalled by passersby and tourists as a distinctive sign of the building and the place. Perrault’s signature metal grid supporting the glass surface dominates here, as in the National Library of France, the project that made him world-famous, or in Seoul Women’s University, completed in 2008. 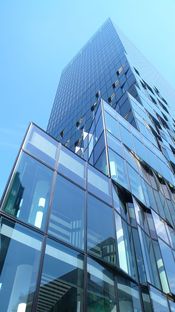 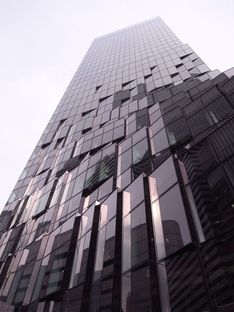 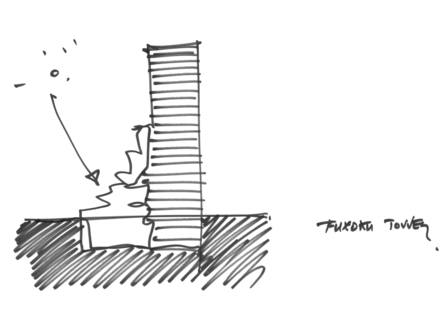 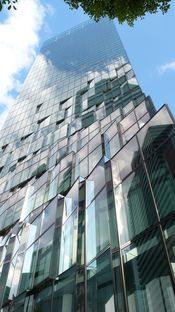 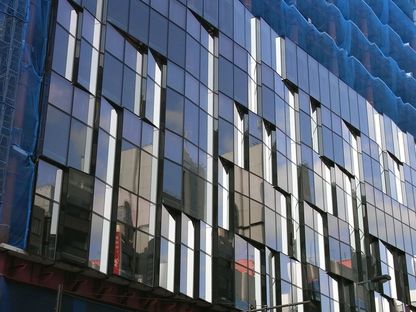 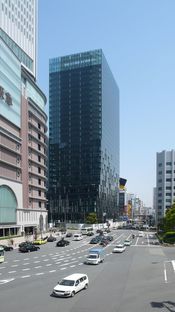 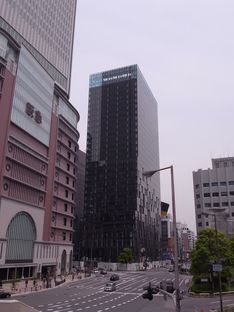 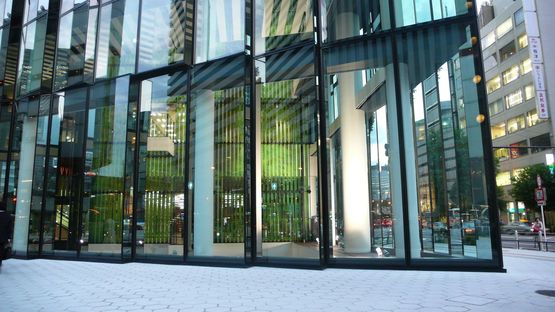 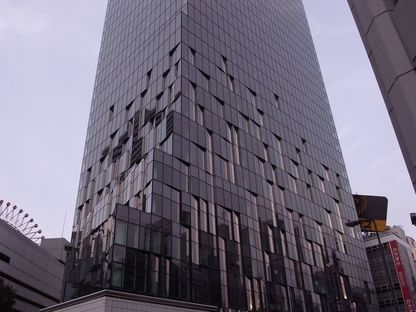 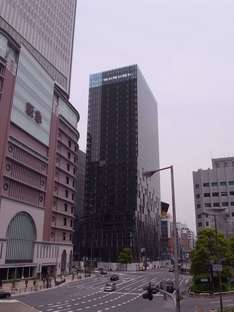 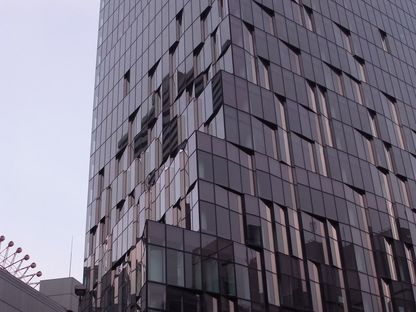 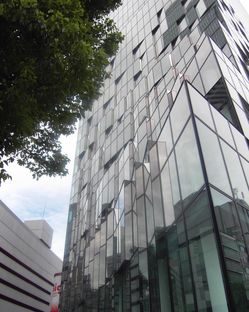 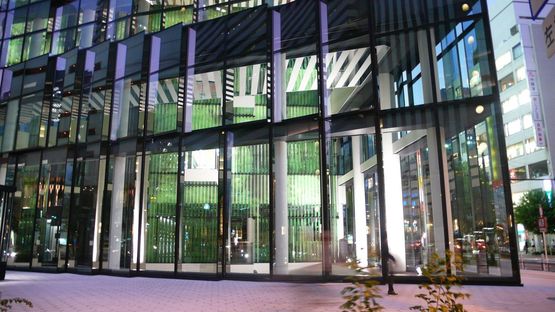