Pingshan Performing Arts Centre in Shenzhen, designed by OPEN Architecture, is in the final stages of construction: the wrapper has been completed and work is underway on the interior and on the landscaping outside the building. 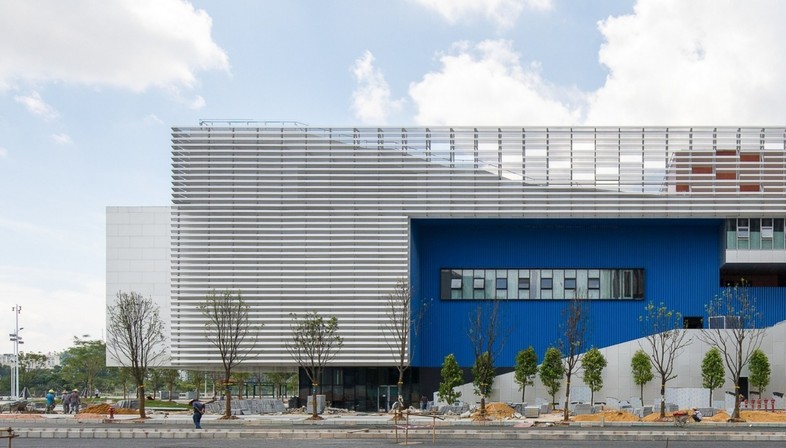 This is a very busy summer for OPEN Architecture, working on six important projects, some of which are due to be completed within the year. In addition to Pingshan Performing Arts Centre in Shenzhen, the other five projects under construction in China are the Dune Art Museum and Sea Art Museum in Qinhuangdao, the Chapel of Sound in Chengde, and Tank Shanghai and Qingpu International School in Shanghai.

OPEN Architecture, founded in New York by architects Li Hu and Huang Wenjing with an office in Beijing since 2008, is a dedicated team of architects with experience working for world-renowned studios and teaching in prestigious universities. From urban planning to landscape design, architecture and interior design, all the studio’s projects are rooted in the profound conviction that architecture is the best tool for changing people’s lives, finding a new balance between man and nature. Factors taken into consideration in the plans for Pingshan Performing Arts Centre, the first theatre in Pingshan, a new city district in Shenzhen, which the studio was appointed to design after winning a competition. The project is now in its final stages, for the building’s outer wrapper has been completed and work is underway on the internal fittings, along with urban landscaping of the exterior. The work is due to be finally completed by the end of 2018.

The Pingshan Performing Arts Centre project began by noting the fact that many, many theatres have been built in China in the past decade, as demand for entertainment facilities has grown in parallel with the country’s economic boom and rapid urbanisation. But this has resulted in construction of an abundance of extravagantly shaped theatres, many of which have only a single function. Not quite "cathedrals in the desert", because they are always built in an urban context, but still a waste of public resources as they are not attractive to citizens and are distant from the reality and needs of China’s cities. The architects of OPEN Architecture sought new ways and came up with a project that is unusual for China; in the Pingshan Performing Arts Centre they strategically included not only the building’s principal function as a theatre but "informal" facilities such as educational and social venues linked with the performing arts as well as related commercial functions. The main core of the building is a 1200 seat opera theatre, around which is a public walkway linking the theatre to other, more “informal” functions: individual practice rooms, educational areas, a black box theatre, coffee shops, restaurants and gardens on a number of different levels. The building’s outer cladding of perforated aluminium panels surrounds the building and improves natural ventilation while mitigating the effects of the sun’s rays. 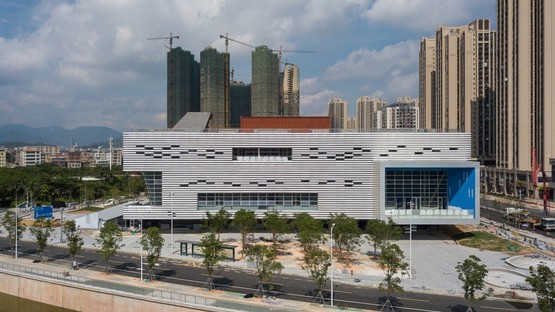 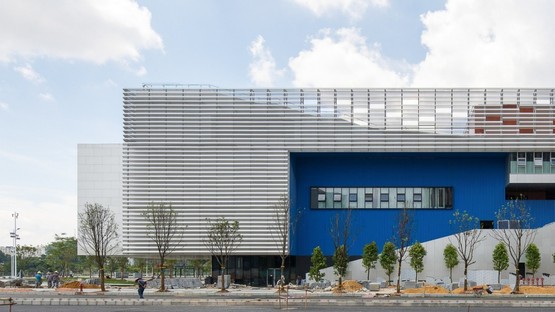 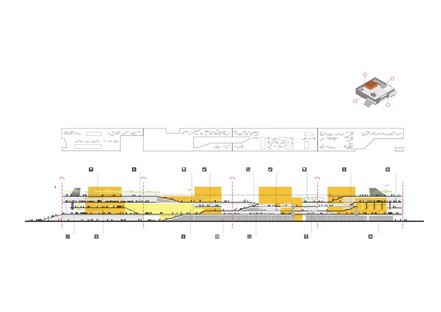 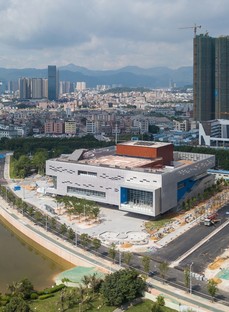 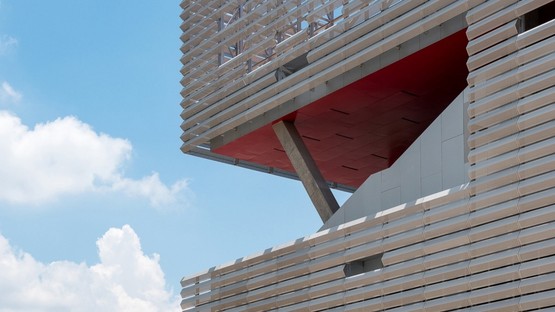 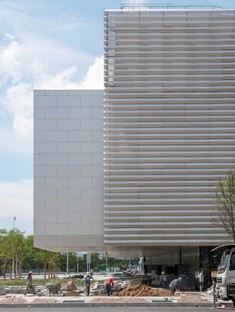 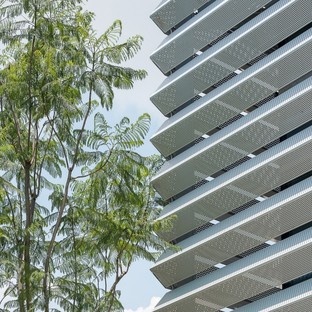 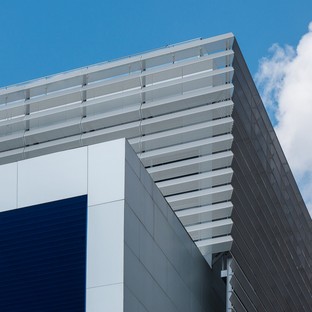 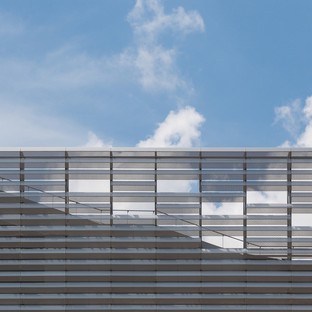