The Palaluxottica in Agordo, designed by Studio Botter and Studio Bressan, has won the 17th Premio Architettura Città di Oderzo award. The judges chose the project from among the 10 finalists for its ability to qualify the territory around it, contributing both architectural quality and social value. 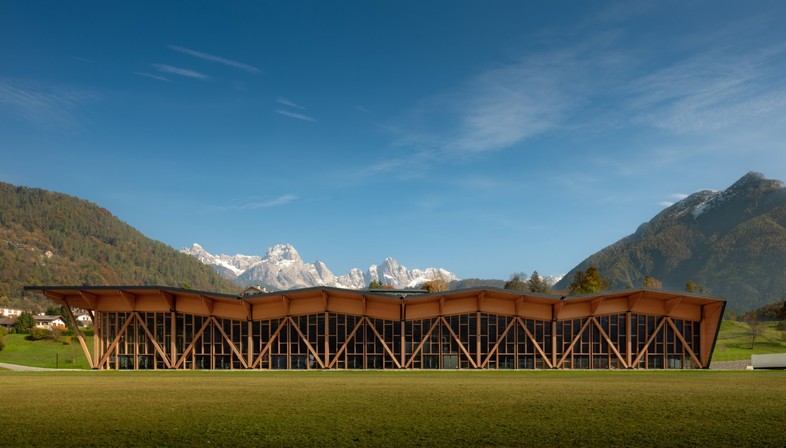 The winner of the 17th Premio Architettura Città di Oderzo award was announced in an event live-streamed from Palazzo Foscolo in Oderzo on April 23. The project selected from among the 10 finalists shortlisted for the award is Palaluxottica - Congress and Exhibition Center in Agordo, a town in Italy’s Veneto region, designed by Studio Botter and Studio Bressan. The panel of judges chaired by Paolo Baratta explain why they presented the award to the project by Studio Botter and Studio Bressan: "Fruit of a clear, courageous commission, the project expresses the presence of architecture in the territory, capable of qualifying it with a project of great architectural quality and social value”.
This bond with the territory is an essential aspect of Premio Architettura Città di Oderzo (PAO): ever since it was first held in 1997, the competition has focused attention on the concept of “territory”, defining architecture as a service and a value for the territory and the community. The award is intended to promote architecture in the Triveneto area in northern Italy, which includes the regions of Veneto, Friuli Venezia Giulia and Trentino Alto Adige: a territory characterised by a highly varied morphology ranging from the Dolomites and the Karst Plateau to the sea, with various intermediate altitudes including hilly country, valleys and plains. This variety of territories consists primarily of provincial towns and villages, including both historic settlements and new industrial zones, with a vibrant economy and cultural scene, corresponding to a complex, heterogeneous architectural repertoire, as revealed by the list of ten finalists in the 17th edition of the prize. This interesting group of buildings testifies to the widespread quality and virtuous synergies and interaction between architects and clients in the area. Non-stop monitoring of the territory over time has ensured that the award itself becomes an important tool narrating the transformation of the cities and landscape of these three regions of Italy. From homes to schools, from mountain shelters to wineries, from industrial constructions to exhibition centres, public spaces in historic settings and installations in the landscape, the works nominated and selected for the prize over the past seventeen editions of PAO have documented and attracted public attention to the great variety of projects commissioned by public and private clients who are increasingly aware of the role of architecture as a value and an engine for potential virtuous economies with an important impact on the territory.
The winner of the 17th award, Palaluxottica - Congress and Exhibition Center in Agordo, completed in 2018 to plans by Studio Botter and Studio Bressan, is a timber building; an apparently simple construction on the edge of the town, entrusted with the important role of cultural landmark in the area. Its regular volume is inspired by traditional local rural constructions, and the architects’ familiarity with the territory is clear in other choices in the project, such as the use of timber as the primary building material, not only for its expressive power, but for its availability in this area abounding in larch and fir forests, or the building’s architectural profile, establishing a relationship with the mountainous landscape and recalling traditional local rural constructions. 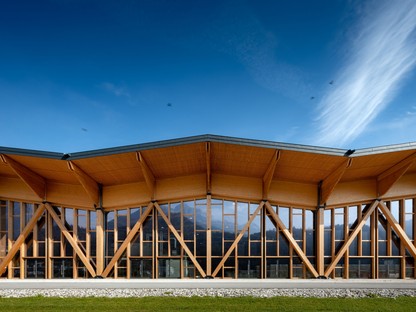 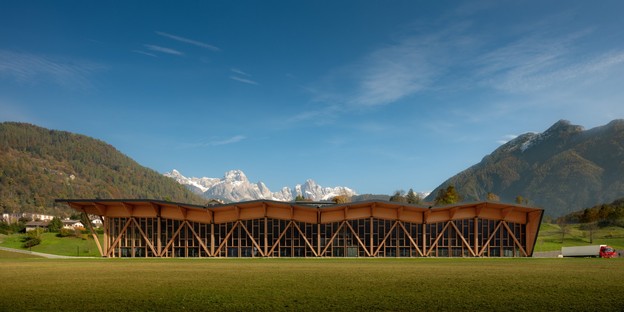 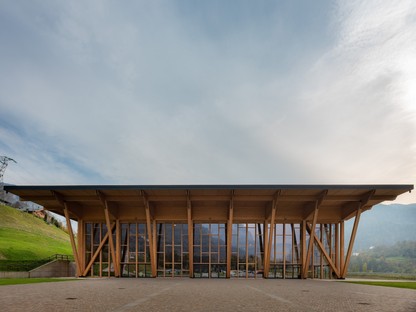 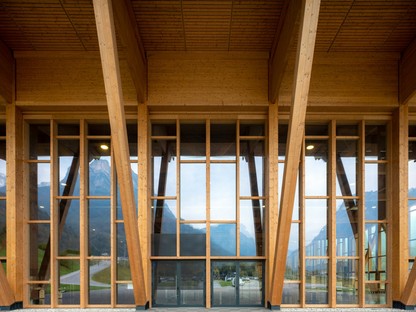 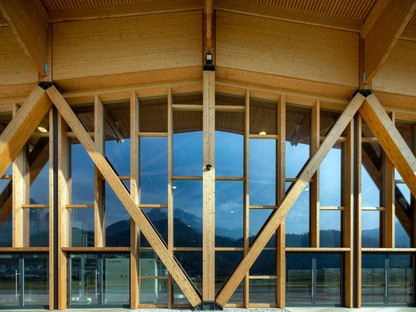 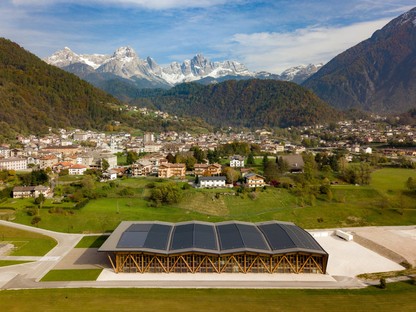 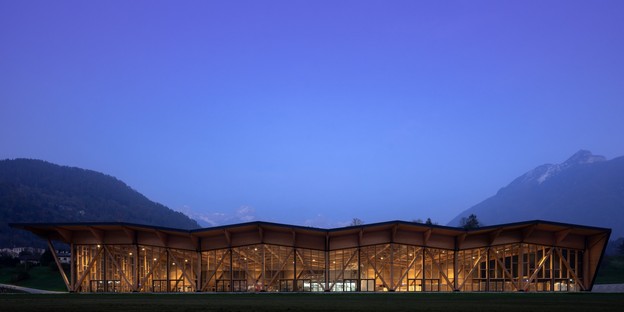 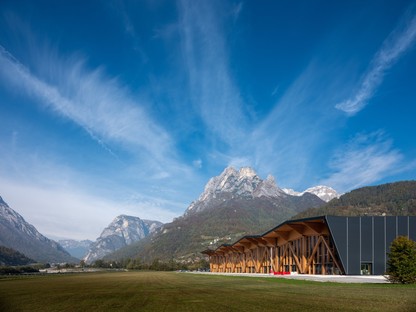 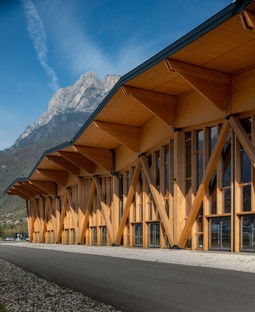 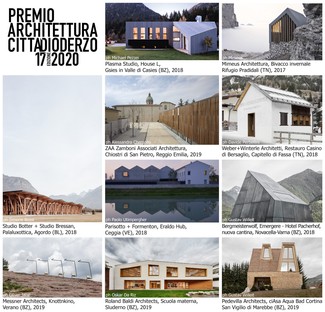 Architecture, the pandemic and the future of design: Studio Bressan-Botter