In the Shenzhen area, in China, the MVRDV architecture firm recently recovered a disused industrial building, transforming it into a "creative factory". The building houses the offices of the Urban Research Institute of China Vanke, as well as other offices for rent. The roof consists of a large green terrace, becoming a public garden that offers various services and activities. 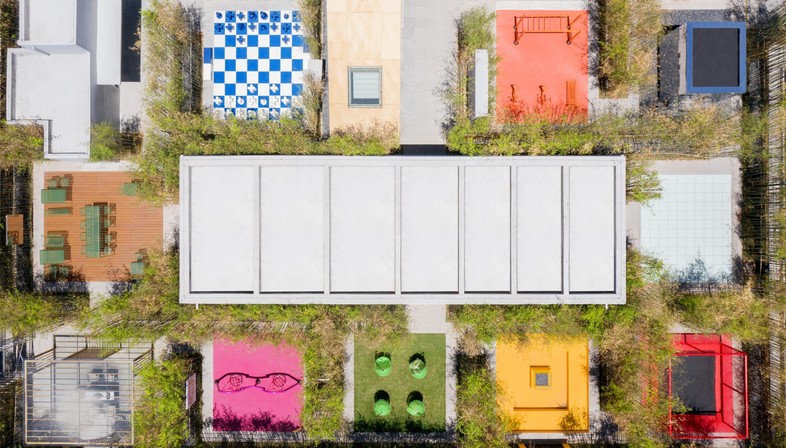 Idea Factory is a recent project by the MVRDV architecture firm, created in China for the Shenzhen Nanshan District Bureau of Public Works and the Shenzhen Vanke Development. The project involved the recovery of a former industrial building in Nantou, a historic city that today has become an urban village in Shenzhen, surrounded by the city's towering skyscrapers. The project was completed in collaboration with the Urban Research Institute of China Vanke, vaLue Design and the Shenzhen Bowan Architecture Design Institute. Instead of demolition and the subsequent reconstruction of the new building, the architects offered an alternative solution: a reuse project that improves and makes new use of the existing building, with lower carbon emissions than a new construction. A key choice from a sustainability perspective and one that made it possible to preserve part of the history of the places involved, supporting the wider programme developed by Vanke for Nantou. The village is, in fact, the subject of a series of renovations in which several internationally renowned architectural firms are involved, with the aim of transforming it into a centre promoting culture and creativity for Shenzhen.

Demonstrating the wealth of possibilities in terms of reusing buildings considered "dilapidated" or at the end of their useful life, MVRDV architect Winy Maas explained that for the Idea Factory project, the first step was to reinforce the existing structure in order to add an additional floor, maximising the available floor area and thus intensifying the use of the building. At the same time, the building's original façades were removed, exposing the concrete structural frame. Reconstructing the new façades in such a way that they are set back from the edge of the building with respect to the structural skeleton, a path of open loggias has been created for each floor that envelops the building and offers dynamic creative environments used for relaxation and casual encounters.
The offices of the Urban Research Institute of China Vanke and other offices available for rent are distributed across the different floors, while the rooftop terrace is a public garden that offers a variety of different services and activities. The path to the terrace consists of a public stairway that cuts its way through the building starting from the ground floor. The entrance to the staircase is enclosed in a wood-clad structure that protrudes from the edge of the building, extending towards a small public square. Inside, the stairway is clad in mirrors with illuminated neon signs that provide a reminder of the first phase of Shenzhen's urbanisation. The staircase carves its way through the building, eventually re-emerging on the façade opposite to the entrance where a panoramic viewpoint has been created. A rest area that protrudes out from the edge of the building on the fourth floor and offers beautiful views of the surrounding urban context. The path resumes inside the building to make its way to the rooftop garden, where visitors are greeted with a "maze" of activities crated to help encourage interaction and inclusion. On the rooftop terrace, in fact, the space has been arranged and dived using bamboo plants that create rooms for different activities: a space for performances and events, a gym, spaces with different types of seating where visitors can rest and relax, a dance floor, a dining room and a giant chess board. The bamboo plants frame the different spaces, offering natural coolness and shade, while at the same time contributing to the biodiversity of the dense urban environment. 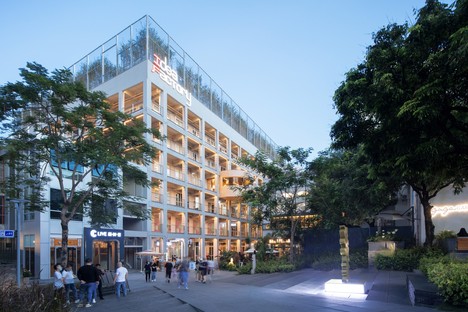 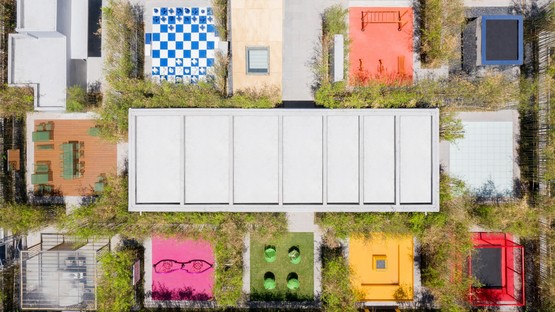 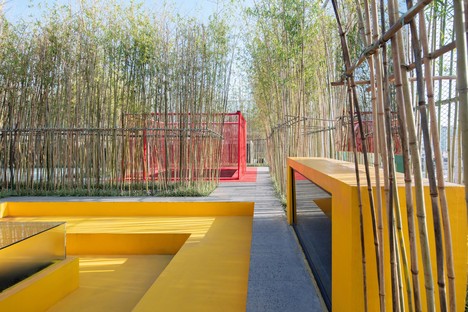 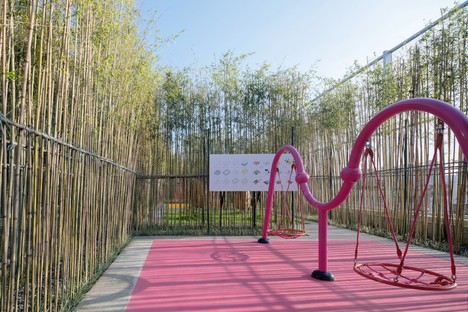 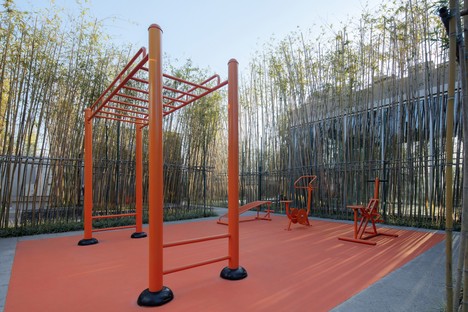 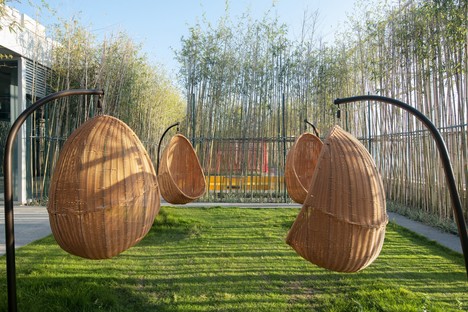 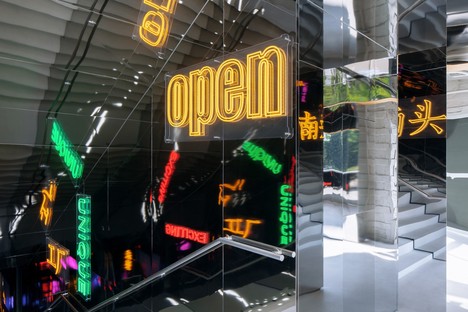 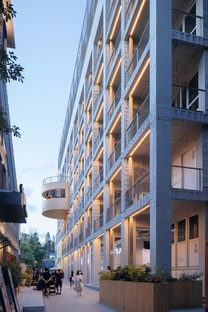 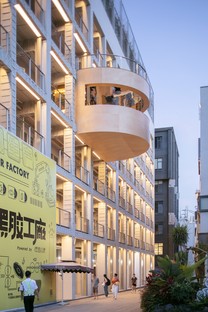 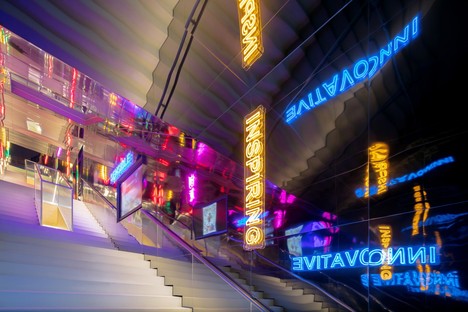 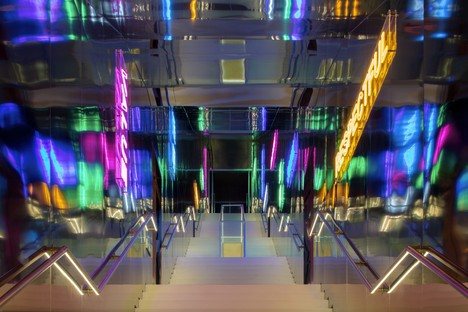 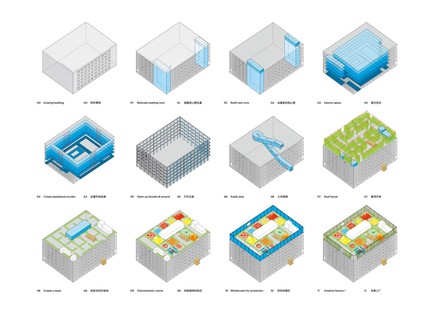 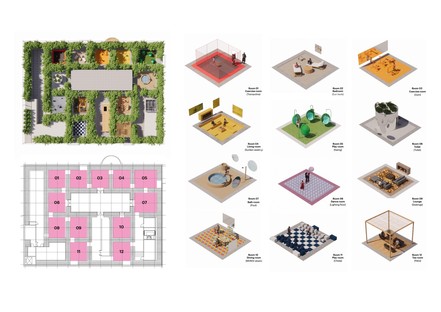 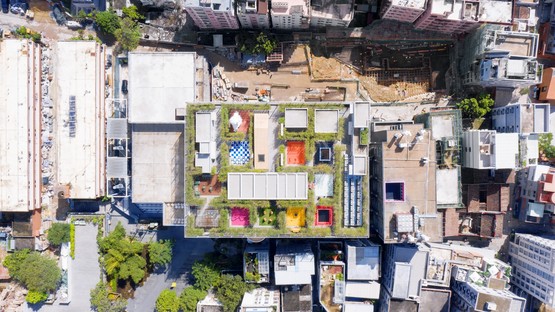 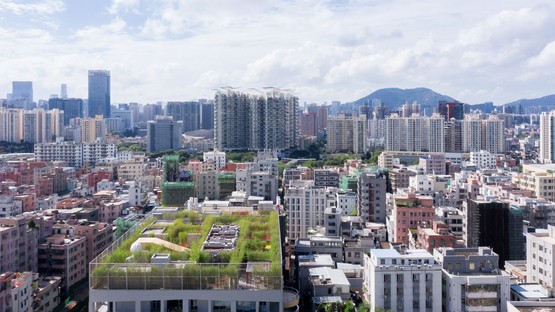 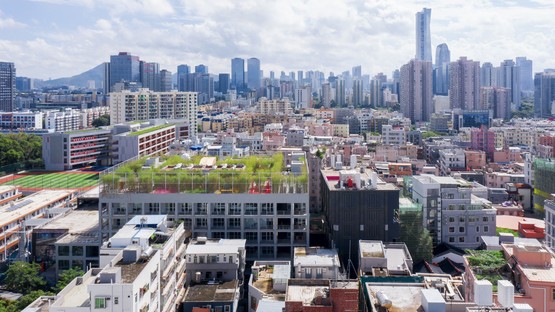 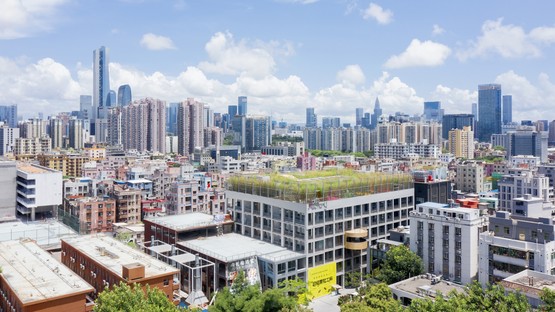 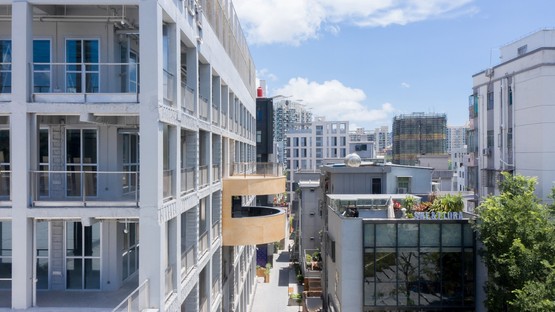 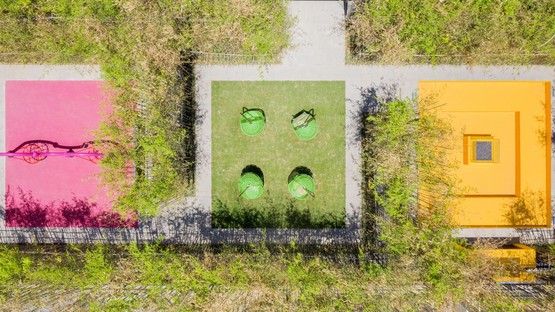 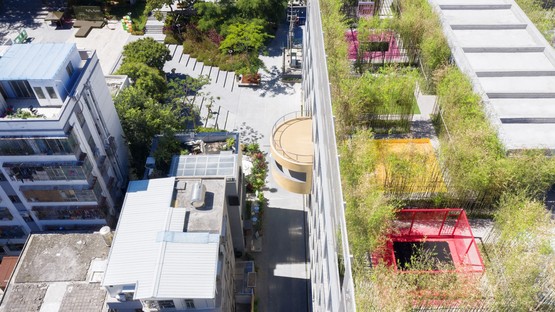 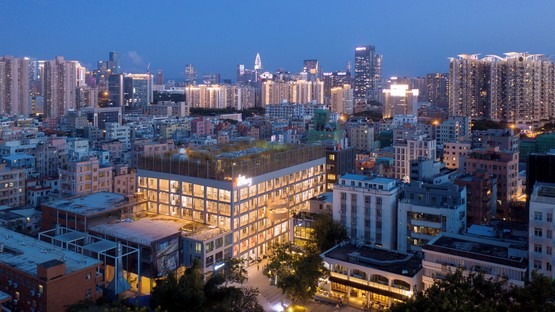 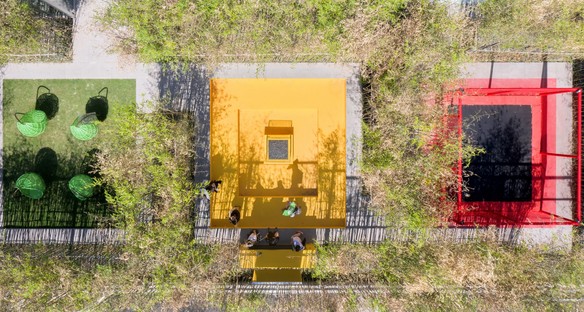 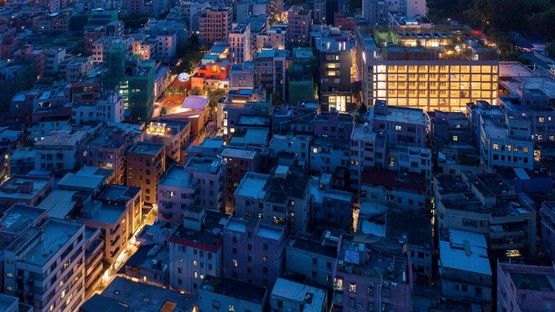 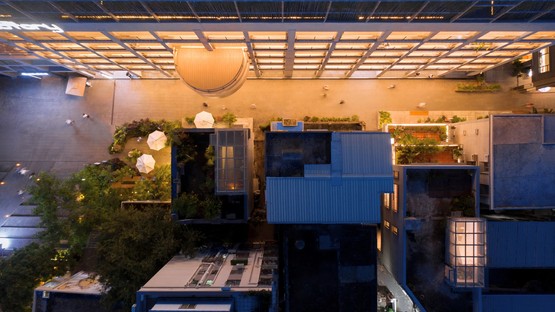 Poly WeDo: music and education according to Archstudio