In the French capital, the architectural studio MVRDV is working on an urban block, reusing significant parts of a previous building, constructed in the 1970s, to create a new mixed-use complex. The new project creates a more welcoming building by streamlining the existing uses and expanding the offer with new social housing and a kindergarten. 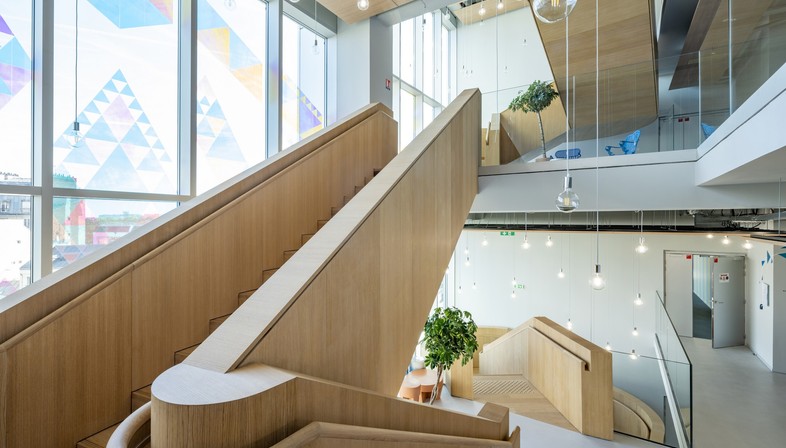 After their work in the centre of Lyon, with the transformation of the La Part-Dieu shopping centre, the MVRDV architecture studio is back to tackle a major urban transformation by renovating an entire urban plot in Paris, a few steps from the Tour Montparnasse. This is the îlot Vandamme, completed in 1974 by the architect Pierre Dufau. Although the complex was an unmistakable presence in the Monparnasse neighbourhood, thanks in part to the strong verticality of the Pullman hotel tower, its basement showed all the shortcomings of a design that was a child of its time and, seen in its urban context, gave the building an inhospitable and introverted air.
“Gaîté Montparnasse”, the transformation implemented by MVRDV, streamlined the various uses of the original complex (a hotel, a shopping centre, offices and a municipal library), densifying the available spaces or concentrating certain functions, as in the case of the offices that now occupy a seven-storey block to the east of the site. The new distribution has therefore made it possible to expand the building's uses. At the heart of the complex are 62 social housing units and a kindergarten. In addition, the municipal library has been made more visible; previously located underground, it is now spread over two bright, easily accessible floors.
The architects also changed the relationship of the building with its urban context. The new complex now presents a coherent and attractive façade along avenue du Maine. Its large openings offer a wide view of the interior activities and at the same time allow the building to open up towards the city. The large mass does not seem to impose itself on passers-by, but rather appears light and playful thanks to the decomposition of the façade, achieved through the use of different colours and the volumetric play of recesses and protrusions, distributed on various levels.
The most important achievement of the MVRDV project, however, is that it has shown that even a transformation as spectacular and large as that of theGaîté Montparnasse can be implemented, reusing significant parts of the pre-existing structure, thus resorting to a sustainable approach based on the principles of the circular economy. 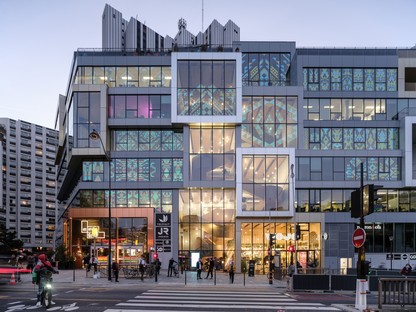 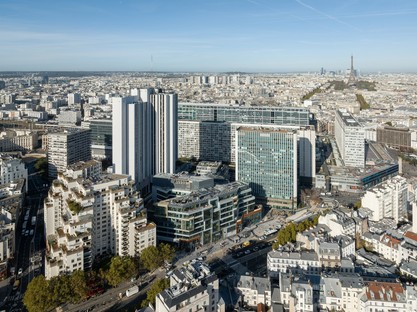 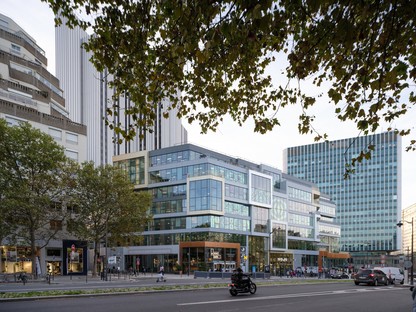 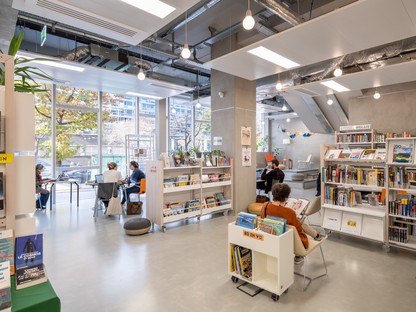 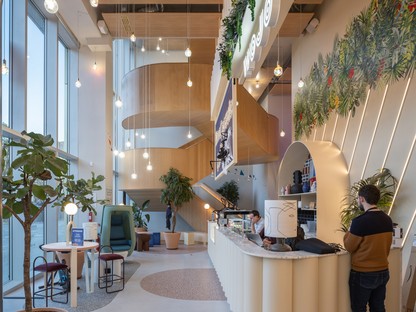 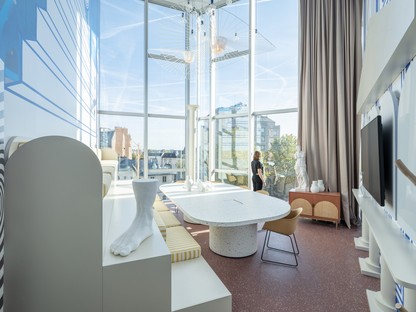 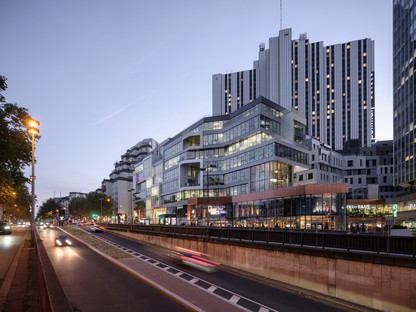 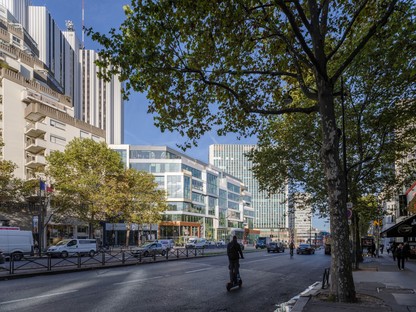 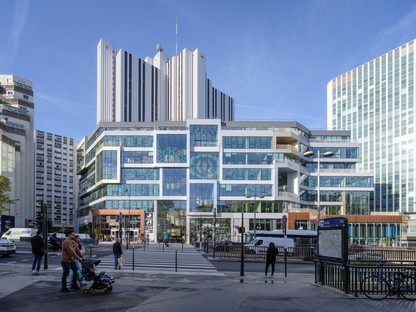 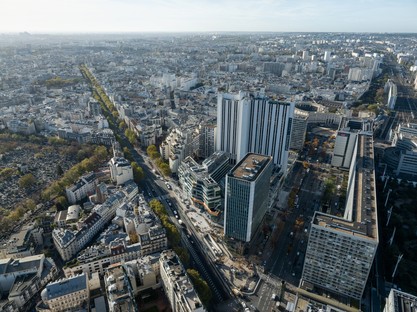 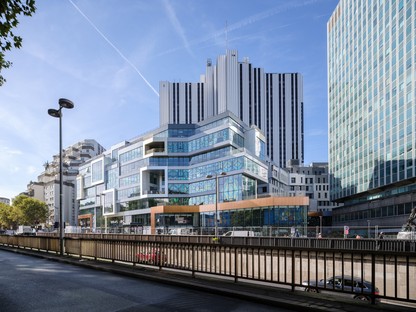 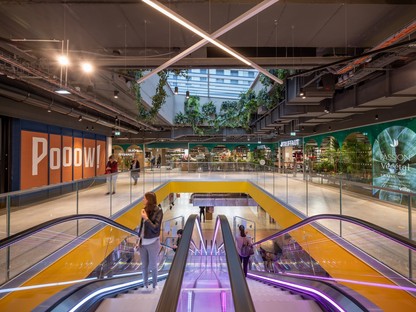 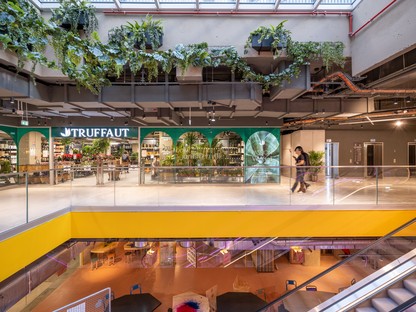 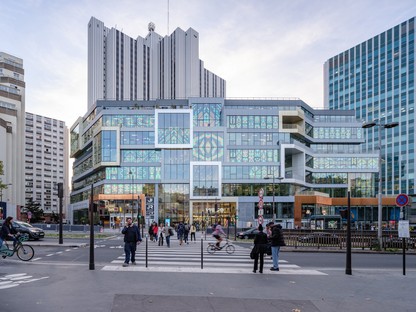 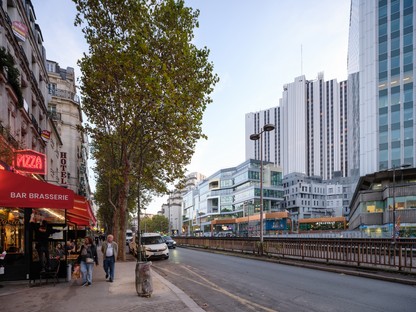 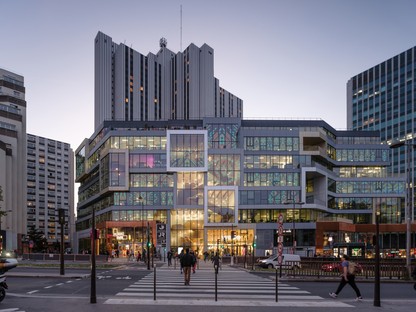 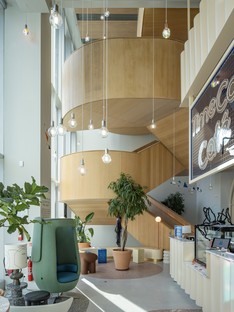 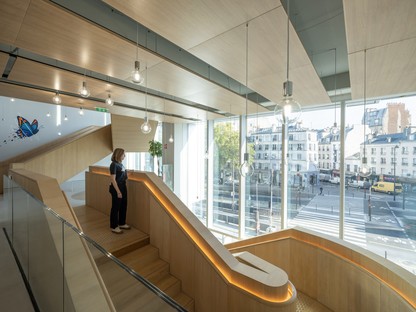 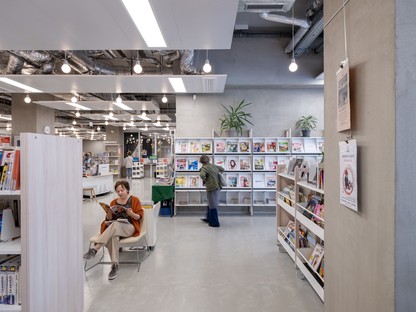 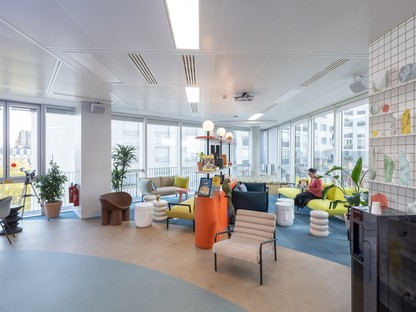 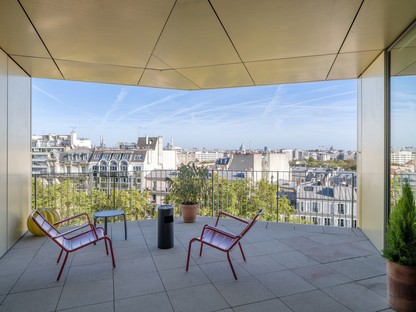