The new Boijmans Van Beuningen Museum building in Rotterdam, the Collection Building, will be built to a design by MVRDV. 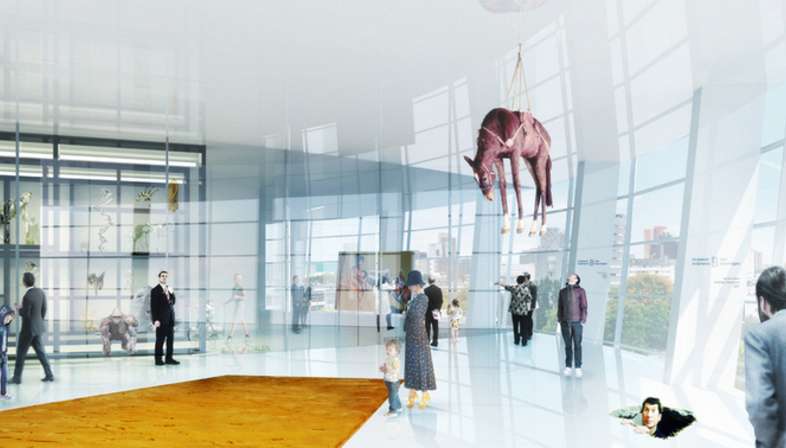 On March 8 the citizens of Rotterdam were presented with the plans by MVRDV architectural studios, who won the design competition for the Collection Building, a new building for Boijmans Van Beuningen Museum.

The building will stand on the northern side of the Museumpark, designed by OMA and Yves Brunier in 1994. The park forming the cultural heart of the Dutch city is a green area surrounded by 5 of the city’s most important museums, including Boijmans Van Beuningen Museum, one of the best-known, with collections containing everything from medieval European art to modern art, applied arts and design. These features required different climatic conditions in building 7 to optimise conservation of the various artworks and comfort in the offices and public areas.
To create a building with a minimum footprint and preserve the green areas in the Museumpark, the architects of MVRDV designed a rounded volume with an uninterrupted mirror façade which helps it to blend into its surroundings, reflecting the nearby park.