Dok Architecten, Kaan Architecten, MVRDV, Next Architects, Maurice Nio, OMA/AMO, UNStudio and Wiel Arets Architects are only a few of the Dutch architectural practices involved in Planet Netherlands, an online exhibition promoted by the Embassy and the General Consulate of the Kingdom of the Netherlands in Italy through its social media profiles, put together in partnership with The Architecture Player. The projects represented include both private homes and public spaces and buildings, all involved in the search for and experimentation with new solutions for the home and the city. 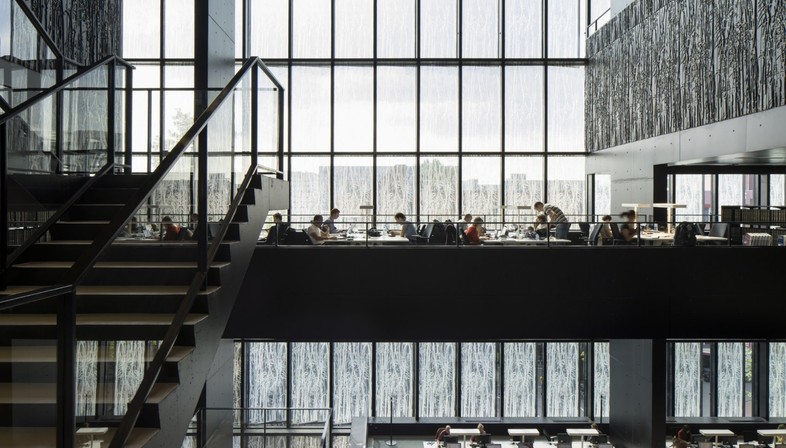 Once a week from 22 June until 15 August 2020, eight videos and short films will be released with the hashtag #Olandiamo to tell the story of the last twenty years of architecture in the Netherlands. The online exhibition is put together in partnership with The Architecture Player and promoted by the Embassy and the General Consulate of the Kingdom of the Netherlands in Italy through the Embassy’s social media profiles. The projects represented include both private homes and public spaces and buildings, all involved in the search for and experimentation with new solutions for the home and the city, addressing important issues such as environment, adaptation and reuse and aiming to reach a broader public with the ideas they express. The selected works cover a time span of twenty years and were created by architectural practices based in the Netherlands, including Dok Architecten, Kaan Architecten, MVRDV, Next Architects, Maurice Nio, OMA/AMO, UNStudio, and Wiel Arets Architects. Each project is represented through documents and testimony, including conversations with the architects conducted by Marco Brizzi of The Architecture Player. 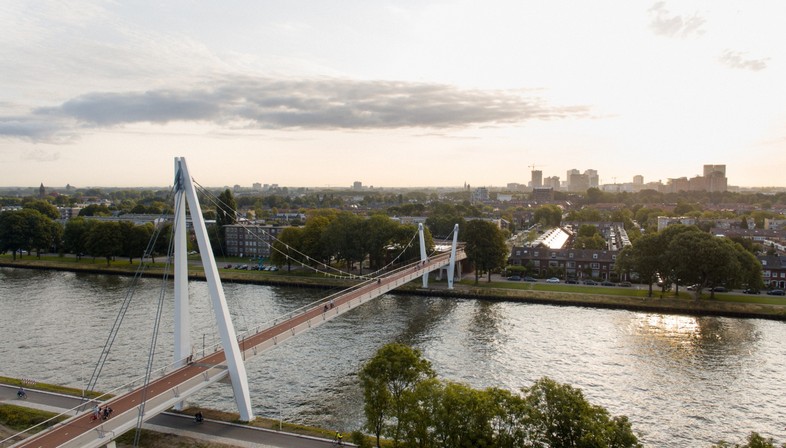 The first appointment focuses on the new Utrecht University Library designed by Wiel Arets Architects, completed in 2004. Factordrie’s film represents the library’s architecture in an unusual way, filmed during construction in the presence of a group of dancers who measure the project’s spatiality with their steps, movements and contact with surfaces.
The propensity for experimentation shared by all the selected projects is the key element in a number of designs, such as UNStudio’s Moebius House built in 1998 and the bus station designed by architect Maurice Nio in 2003: a surprising structure made of polystyrene and polyester, featured in the short film 50 Shades of White made by Nio himself by manipulating television images.
All the public buildings selected demonstrate a sustained awareness of their civic role, as in Kaan Architecten’s 2015 reclamation of the Provinciehuis of North Brabant, a building constructed in 1971 by architect Hugh Maaskant, explained in the film Today by Marcel Ijzerman. Another example is the Community School designed by Dok Architecten in 2006 as part of a twenty-year plan for transformation of Amsterdam’s Osdorpdistrict, presented in PlusOne, a short film directed by Martijn Hogenkamp.
Tied in with visions on an urban and territorial scale, some of the projects are very concrete, such as Dafne Schippers Bridge designed by NEXT Architects for Oog in Al, Utrecht, combining a cycling and pedestrian bridge, a school and a park in an integrated system; while others are speculative, strategic projects proposing a radical rethinking of the way we use collective space, such as Freeland by MVRDV, a project presented in 2011 for the Almere 2030 planning programme and presented in the exhibition in the architects’ own docu-film.
The only project outside the Netherlands featured in the exhibition is the PXP project by OMA/AMO for the Réinventer Paris competition held in 2016, presented in a short film directed by Davide Rapp. 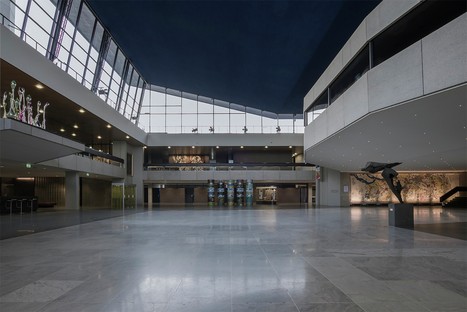 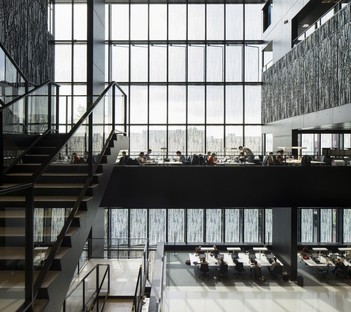 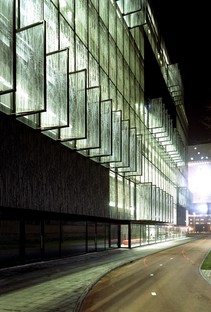 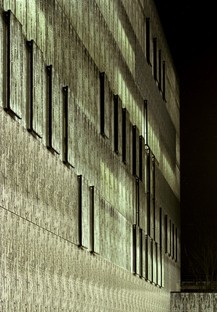 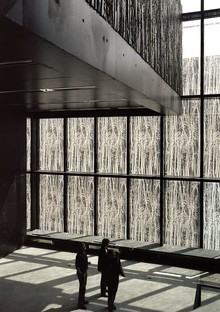 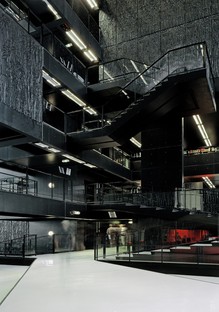 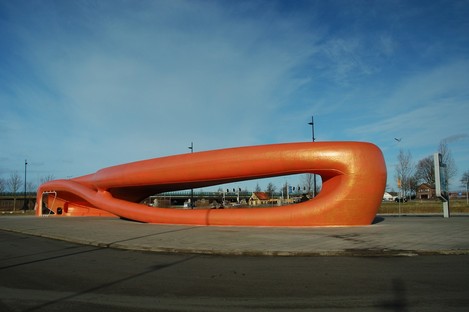 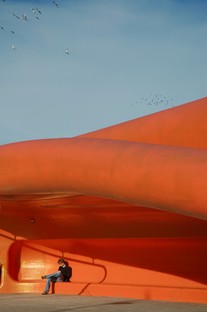 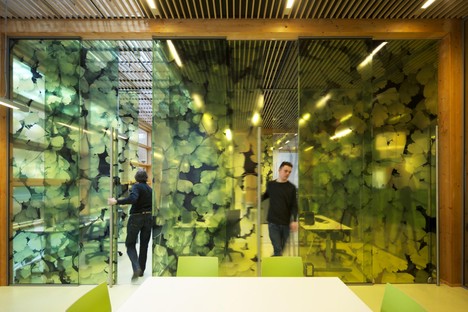 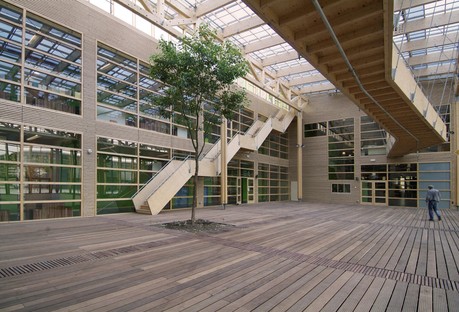 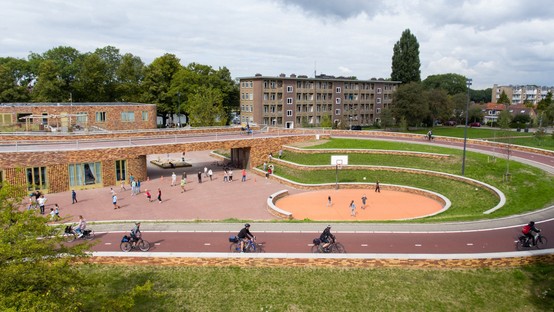 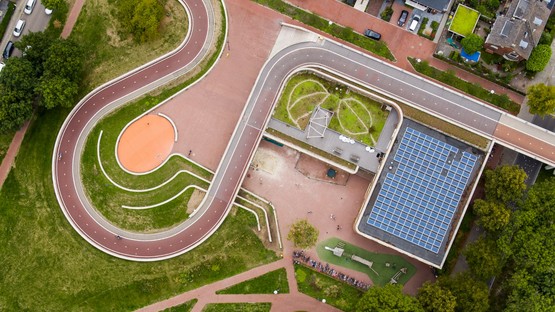 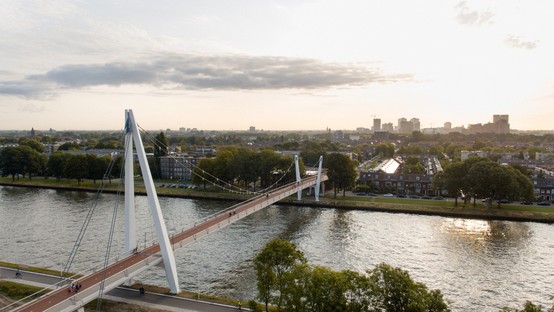 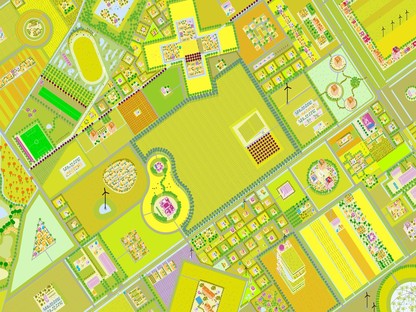 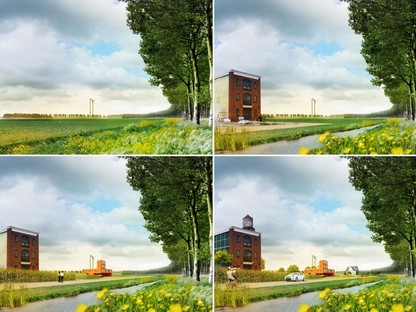 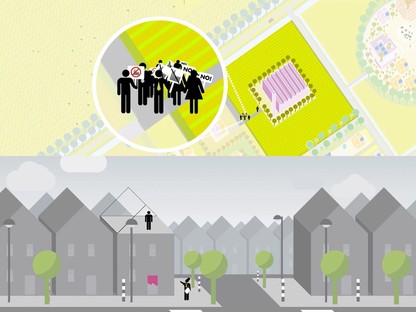 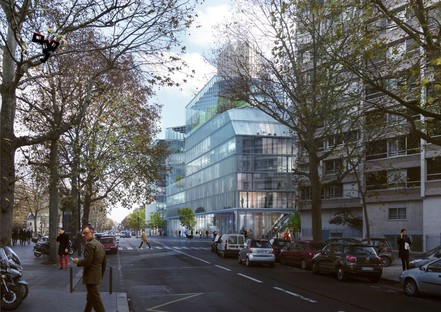 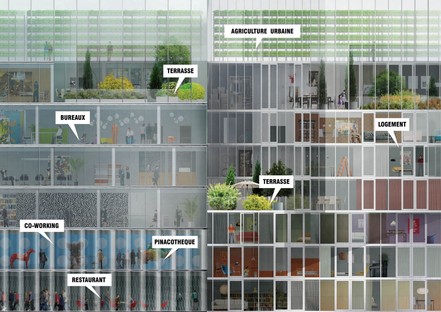 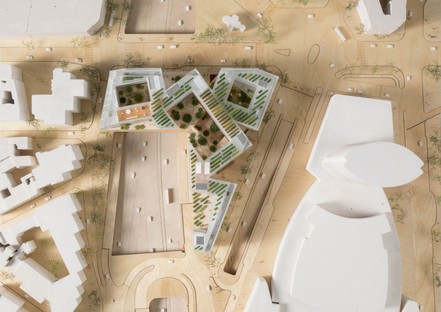 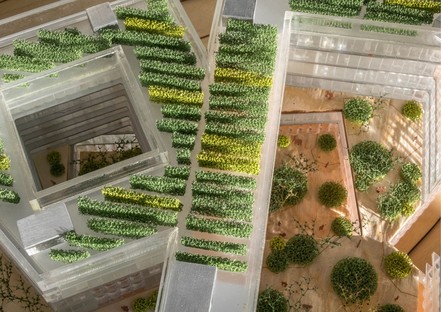 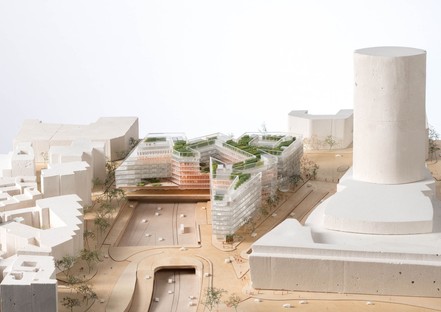