Berger + Parkkinen Associated Architects designed Paracelsus Bad & Kurhaus, a public wellness centre in Salzburg, Austria. A project that the architects involved defined as visionary, because on the one hand it puts a spotlight on the city’s nearby monuments and, on the other, it transforms the natural landscape of the mountains surrounding the city into architecture. 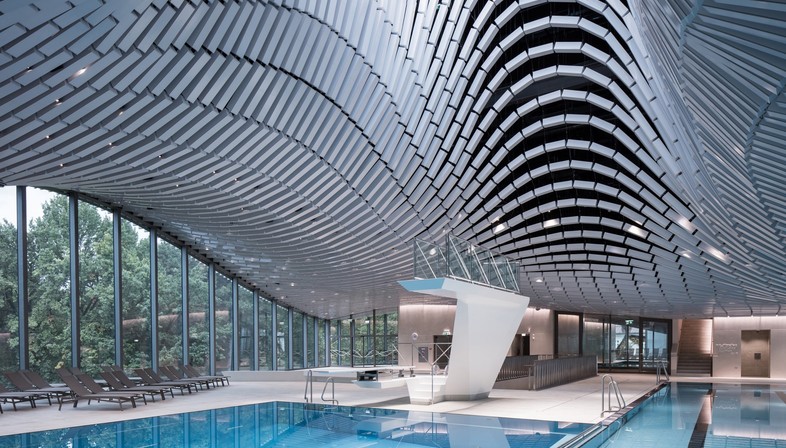 The Paracelsus Bad & Kurhaus, designed by the Berger+Parkkinen Associated Architects firm, is a new wellness centre with swimming pools and saunas built near Salzburg’s historic centre in Austria. A visionary project, as architect Alfred Berger, co-founder of the studio, defined it, as it connects the pre-existing urban landmarks with the natural landscape, characterised by the Eastern Alps surrounding Salzburg. The goal is to integrate the project into the city's treasures, in order to offer “a unique combination of physical relaxation and cultural inspiration".
The area selected for the project is a lot delimited by the Kurgarten public park and two streets, the Auerspergstraße, with its block buildings from the end of the 19th century, and the Schwarzstraße, which runs along the banks of the Salzach river. The park is directly connected to the famous baroque Mirabell gardens and to Mirabell Palace, which is part of the city’s historic centre, a UNESCO World Cultural Heritage site since 1997. The area was originally occupied by a nursing home built in the second half of the 20th century, a building without much architectural merit which has been completely replaced. The new building faces the park. For the project, architects followed the layout of the fortification walls built in the Baroque period, using it to define the perimeter of the new wellness centre. One of the key aspects of the studio's modus operandi, as stressed by architect and co-founder Tiina Parkkinen, is the major importance which the built environment, the natural environment and the social context play in their projects. 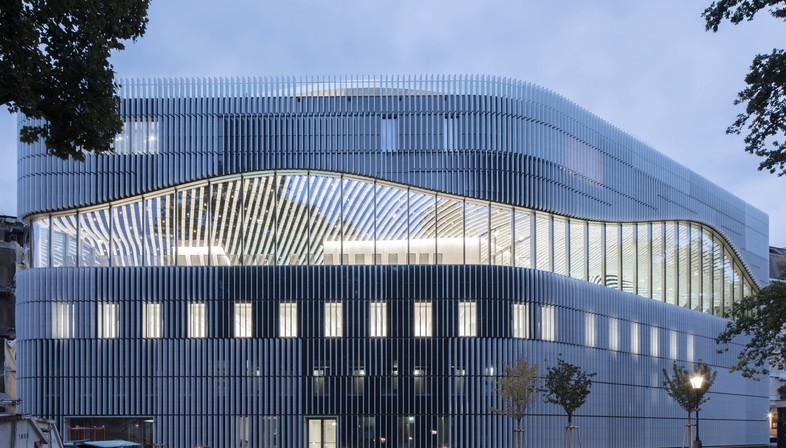 The “Paracelsus Bad & Kurhaus” establishes a dialogue, so to speak, with the existing landmarks of the city. Through its volumes and surfaces it assimilates the elements characterising the area and takes hold of the landscape through a number of carefully studied details. The swimming area, for instance, occupies an entire floor with four different pools, with its façade delimited by a continuous full-height and fully glazed strip that visually connects it to the Kurgarten gardens. The border between the inside and the outside of the building is blurred: the inside is perceived as an elevated continuation of the park from which to enjoy an unforgettable view over the city, the nearby Mirabell Palace and the peaks of the mountain delimiting the horizon. A connection that continues on the roof of the building where the saunas, the lounge bar and the outdoor pool are located, giving the impression that you are swimming on the roofs of the city, as well as a relaxation area from which to enjoy the beautiful panoramic view.
The Berger+Parkkinen Associated Architects firm designed a sustainable building characterised by high energy efficiency. The project in fact obtained the highest certification a building can earn, the so-called Klimaaktiv GOLD and is therefore in line with the Smart City Strategy launched by Salzburg, making the Austrian city a pioneer in the transition towards renewable energy sources. 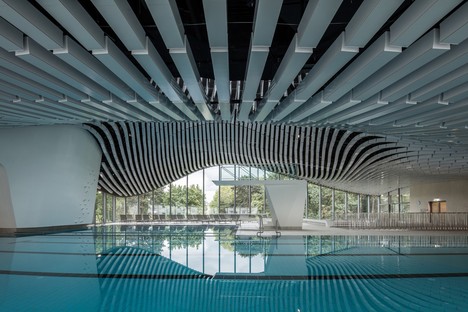 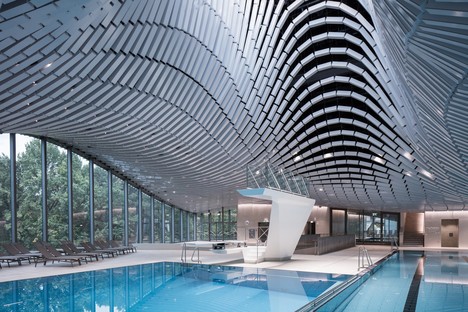 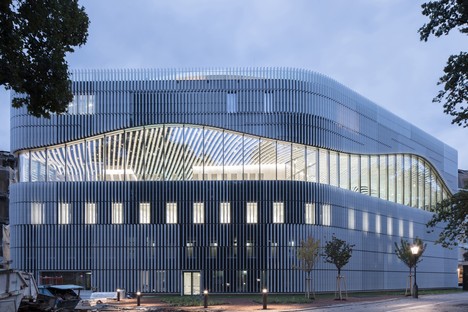 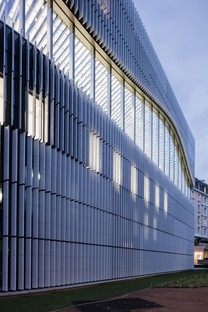 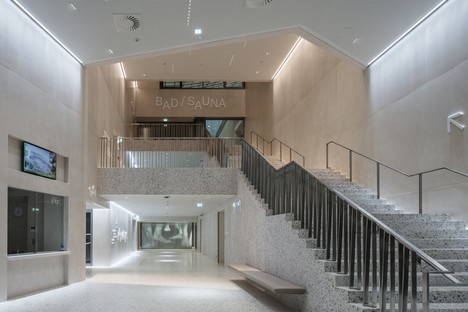 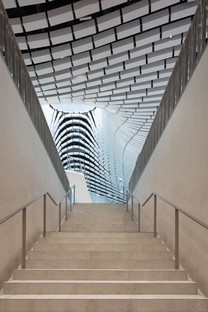 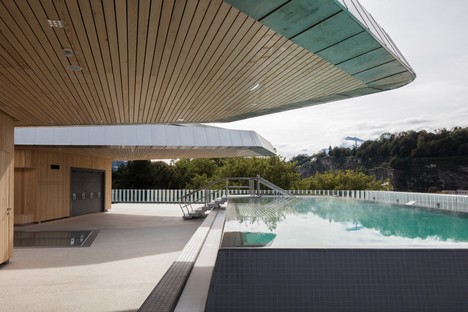 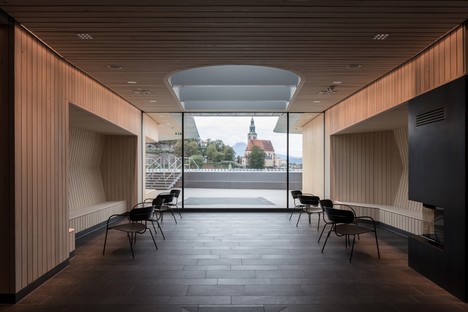