The Berger+Parkkinen Associated Architects studio has designed a new building for the Paracelsus Private Medical University (PMU) in Salzburg. It is the so-called House D, where the laboratories of the Pharmaceutical Institute are located. The building was recently completed, built a few steps away from House C, a project that the Berger+Parkkinen Associated Architects studio completed in 2013 for the Austrian university. The two buildings create an interesting architectural interaction and the characteristics they share make them immediately recognisable as part of the same campus, even if they are located on opposite sides of the road. 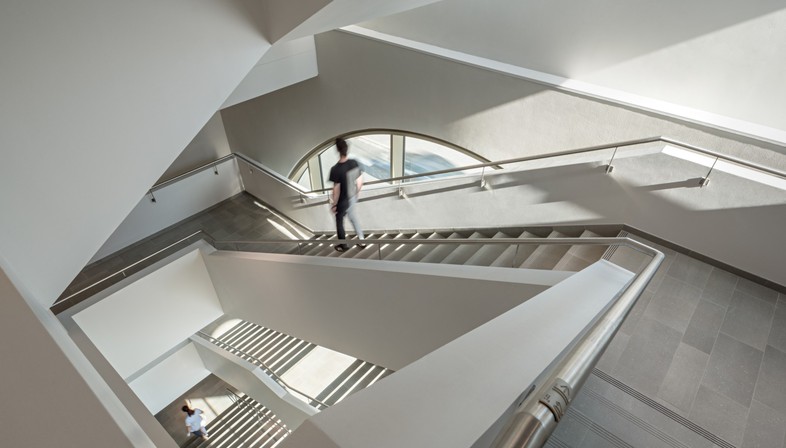 In Salzburg, Austria, the decommissioning of an old factory located in the city centre, next to the Paracelsus Private Medical University (PMU), has provided an ideal site for the expansion projects of this institution founded in 2004. In the past few years, the University decided to expand its educational offer by including a new Bachelor’s Degree in Pharmacy. The project of the new building for the Pharmaceutical Institute and its laboratories was entrusted to the Berger+Parkkinen Associated Architects firm. The architecture firm had already worked for the Austrian University, for which the architects designed the main building of the Pharmaceutical Institute, the so-called House C. The proximity between the two buildings creates an interesting architectural interaction and the characteristics they share make them immediately recognisable as part of the same campus, even if they are located on opposite sides of the road. 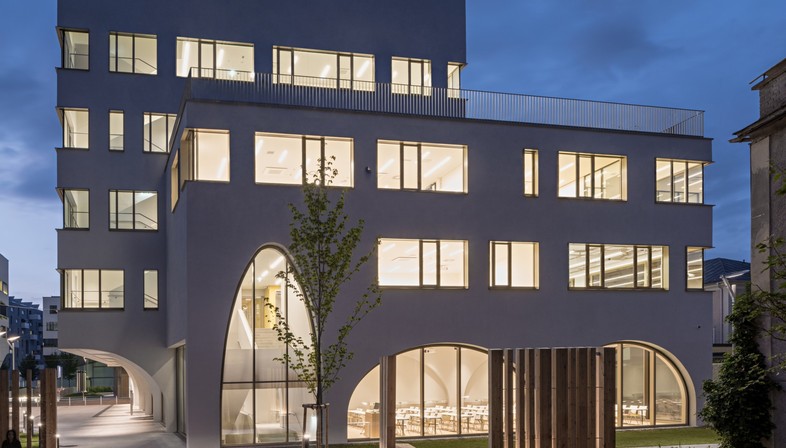 Architecture firm Berger+Parkkinen Associated Architects took into account the urban dimension of the project. The volume of the new building fits into the urban fabric including in terms of its scale, becoming an ideal continuation of the pre-existing volumes. The architects explained that for them the real challenge was the need to "embrace" the specific characteristics of House C and of the three twin buildings of the "Stadtwerke Areal". The solution was found adopting the concept that served as the basis for the shape of the buildings: making sure that the public space and the landscape become part of the architecture. A concept that in House D was translated into a semi-public floor marked by a large colonnade with tall windows. The path of arches and pillars connects the various areas of the auditorium, seminar rooms, the foyer and the staircases. The glass walls limit the rooms only physically, but not visually, allowing the whole floor to be perceived as a network of open spaces. The ground floor plan, indeed, resembles a three-aisled basilica. The structure, however, is not at all rigid. The row of columns on the west side, for instance, does not respect the alignment of the façade, but follows the sloping line of the old boundary. Thus, the entrance hall takes on a conical shape, highlighted along the façade by a series of arches of different sizes, which become double height at the staircase. The two main staircases are, in fact, elements of great importance to the project, conceived by the architects as three-dimensional communication spaces. Externally, the project is characterised by the accurate design of the open spaces and the green areas. The lot reaches up to the elevated railway line, offering an attractive picture of the landscape that serves as a background to the conference rooms and offers students and teachers places for recreation and relaxation. 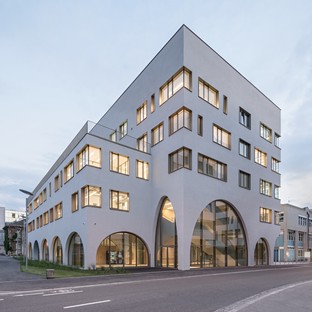 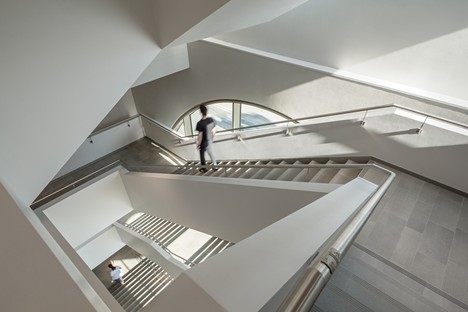 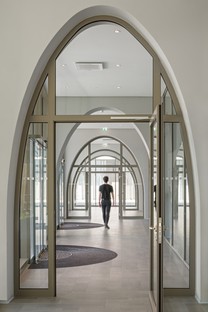 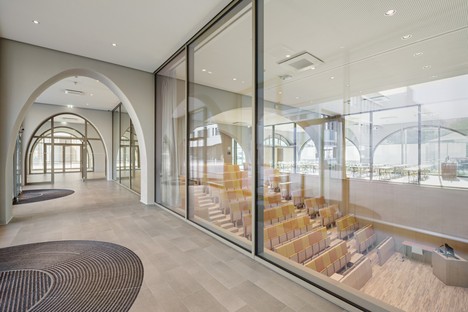 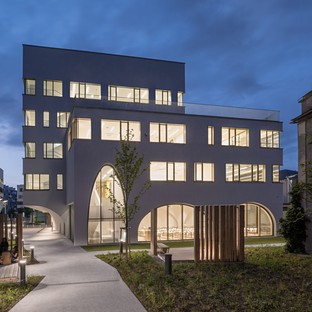 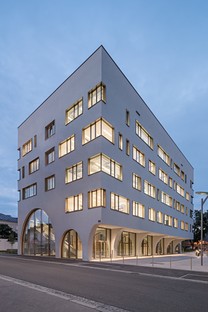 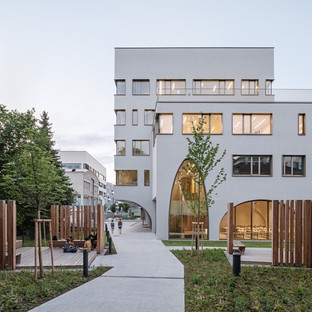 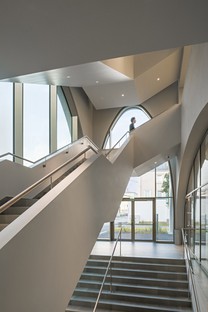 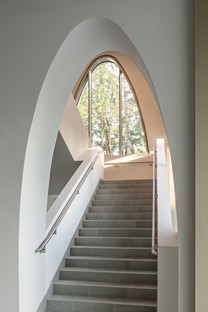 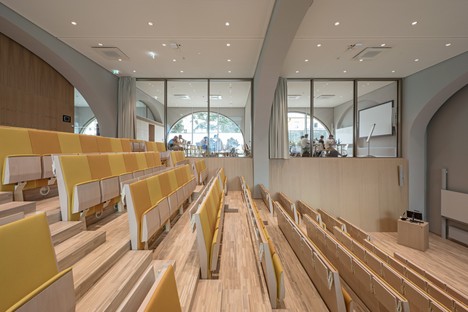