In Vienna, in the green district of Hietzing, nestled among parks and historic villas, the Berger+Parkkinen architectural studio recently completed the project to reorganise and expand the headquarters of a film production company, Terra Mater Factual Studios, specialising in films and documentaries on nature. 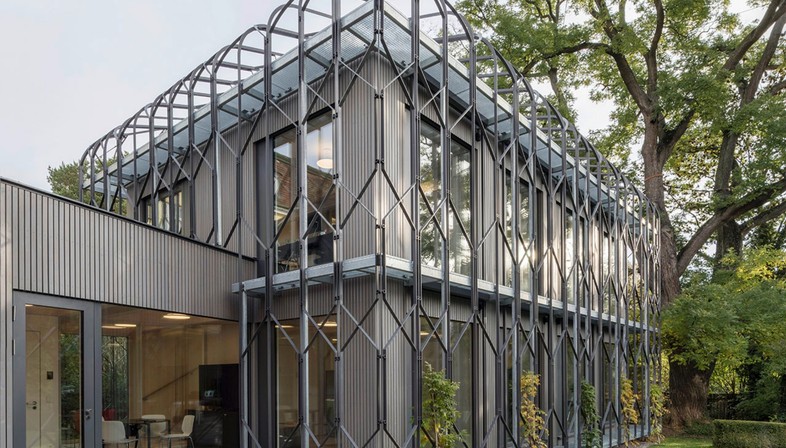 The Berger+Parkkinen architecture studio has designed the reorganisation and expansion of the headquarters of a film production company, Terra Mater Factual Studios, specialising in nature films and documentaries. The recently completed project was built in Vienna, in the western suburbs of the city in the Hietzing district, known for its historic residences and parks, including the famous Schönbrunn Castle. The Terra Mater film production company, in fact, operates in a historic Art Nouveau villa with an adjoining garden.
Architects from the Berger+Parkkinen studio were asked to adapt and innovate the production company’s headquarters, meeting its demands in terms of sustainability, as well as highlighting the close link with nature that characterises the clients’ work. The extension also served both to accommodate new staff, as well as to incorporate the technical infrastructure required for film production into the building, in particular the servers and the related cooling equipment.
The original site had already been subject to other interventions: first in the late 1980s, and subsequently in 2003 when a new glass bridge-like entrance structure and a cube-shaped meeting volume overlooking the garden were built. The architects therefore designed a new two-storey pavilion with a wooden structure that follows the same logic as the previous interventions: a volume visible only from the garden and connected to the pre-existing buildings. The new extension houses offices and meeting rooms, and the architects have also reorganised the entrance area to create a lounge for employees and a cooling centre for computer equipment which, however, is hidden from view.
The structure and interior cladding of the new volume are made of wood, but a metal shell envelops the new pavilion on all four sides. Over time, this trellis structure will be able to support climbing plants and be completely covered. The new extension will thus become part of the garden, dialoguing with it and consequently changing its appearance and colours based on the natural cycle of the seasons. 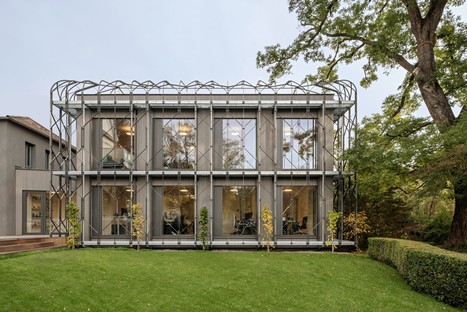 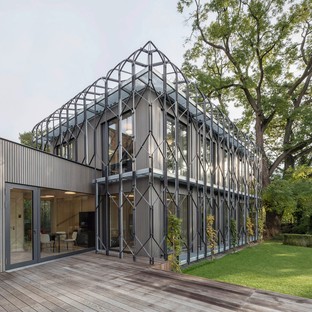 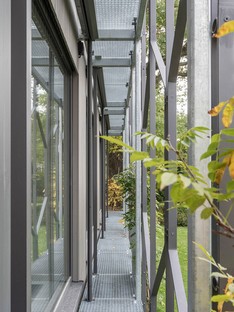 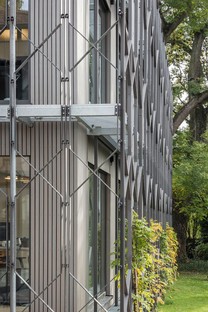 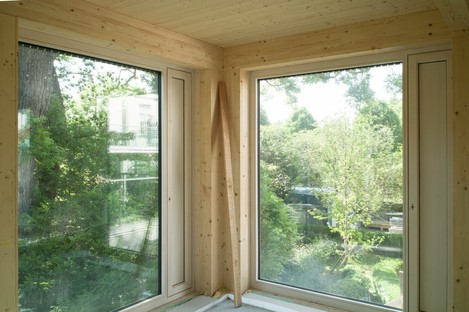 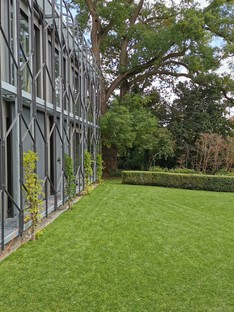 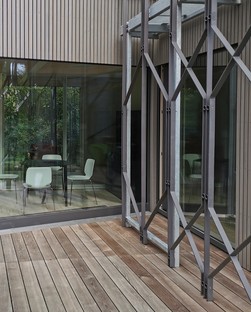 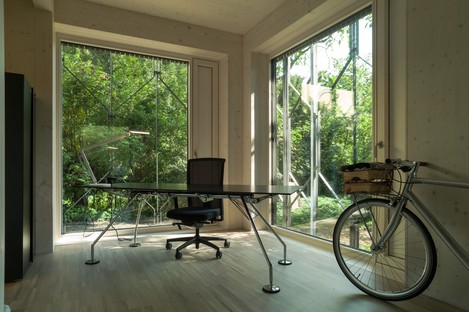 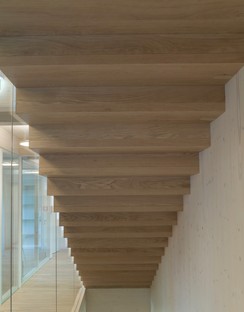