The Chapel is a funeral chapel located on the grounds of a castle in Styria, Austria. The project, created by the Berger+Parkkinen Architekten studio, allowed architects Alfred Berger and Tiina Parkkinen to tackle a fascinating and uncommon theme, moving in what Adolf Loos defined as the boundary between art and architecture. 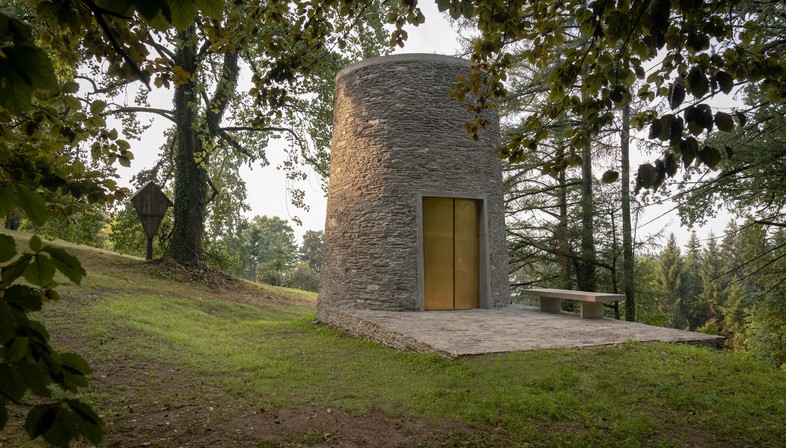 Alfred Berger and Tiina Parkkinen, founders of the Berger+Parkkinen Architekten studio, were confronted with a project that they defined as uncommon in their typical work as architects: the creation of a funeral chapel located in the park of a castle in Styria, Austria.
A project that immediately ignited the curiosity and creative interest of the architects, also because it allowed them to deal with that very small part of architecture which, according to Adolf Loos, crossed into the art world.

The chapel is an independent structure situated in the castle park, a construction free from other functions, whose only purpose is that of exerting a strong mystical and spiritual attraction. The shape chosen by the architects, inspired by a minimalist archaic burial site, like a vertical mound projecting towards the sky, lent itself perfectly to the use of the material available on site. In fact, the architects were looking to satisfy that desire for "permanence" that has accompanied the construction of tombs since ancient times, linking it to the concepts of sustainability and an approach based on circular economy principles. The chapel was therefore constructed in masonry using stone from the ruins of a nearby agricultural building dating back to over eight hundred years ago, coinciding with the castle and other structures in the park. The chapel volume tapers slightly towards the top, culminating in the central round skylight that allows natural light to illuminate the entire internal space, emphasising its verticality and material appearance. Like the tiles of a mosaic, which gradually find their right place, every choice and aspect of the project has achieved a precise purpose. The local stone responds to the architects’ wishes, making it possible to harmoniously link the new chapel to the historical artefacts already present in the park while, at the same time, the precision of the design allows the chapel to be immediately interpreted as a contemporary construction. The result is a timeless building which, solitary and calm, imposes itself in the park landscape, offering those who approach it a moment of reflection and meditation. 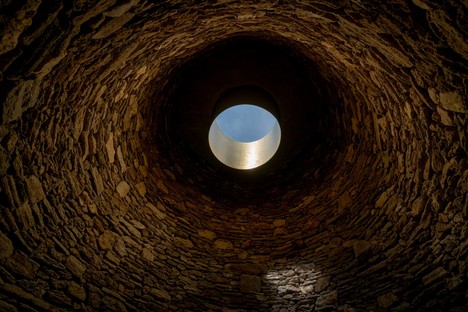 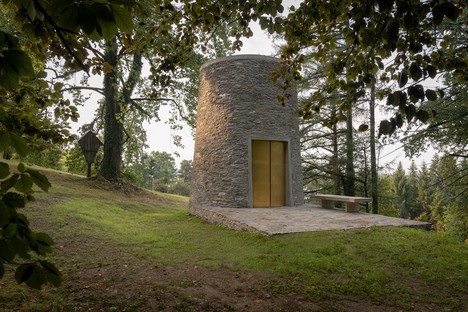 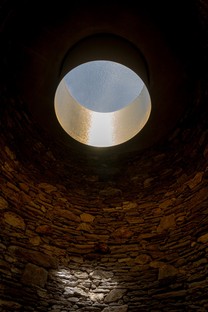 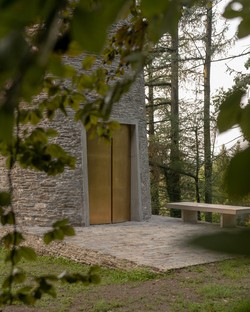 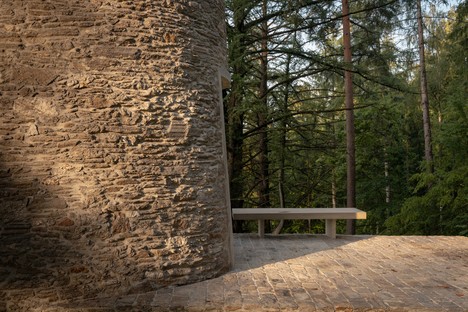 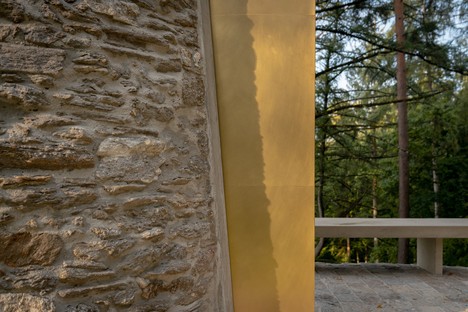 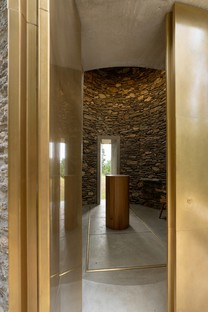 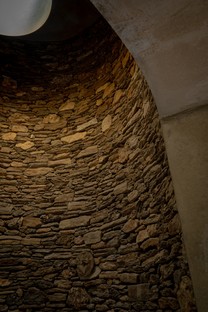 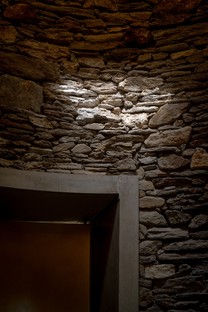 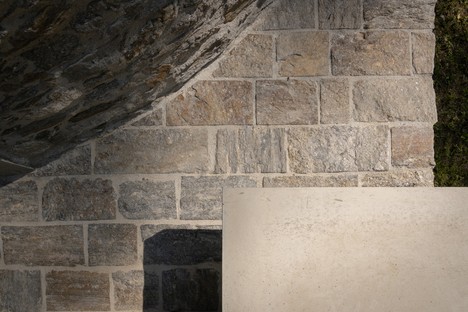