July 4 2018 saw the inauguration of the new Centrale dell'Acqua Milano, the historic water station in Via Cenisio 39, now a space dedicated entirely to the public water supply and how it can be protected and represented. The integrated project was implemented by Lombardini22 brands FUD and DEGW. 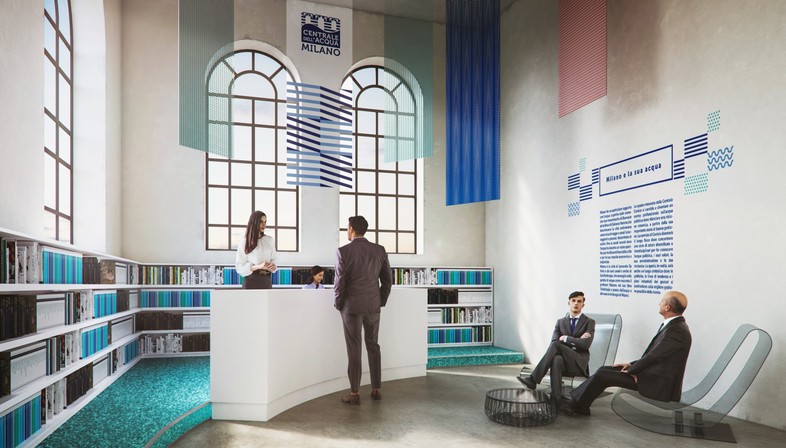 Milan has a unique relationship with water dating back a number of centuries. Thirteenth and fourteenth-century chronicles describe the city as full of luxuriant, fish-filled canals. Water has played an important role in the city’s military defence and economic and industrial growth over the centuries, and is of course featured in Leonardo Da Vinci’s famous waterworks projects. Today the city has to live with the reality of Italy: a society which has a very high per capita consumption of bottled water and needs to find restored faith in the public water supply. This is the focus of the new Centrale dell'Acqua Milano, a water station designed by Lombardini22 brands FUD and DEGW in an integrated project including concept design, interior design, layout and physical branding.
The work was completed recently and the July 4, 2018 opening presented the historic Centrale dell'Acqua building at Via Cenisio 39 to the public as a "multi-purpose centre about the public waters supply" in which to relaunch this basic service with a systematic vision, starting with the water station’s virtuous history and good management.
The integrated project created by Lombardini22 through its two brands, FUD and DEGW, makes the renovated water station into a physical place where a number of diversified, interdisciplinary actions allow visitors to get to know public drinking water in its totality, as a resource and the wealth of the land, but also as a heritage to be protected, obtaining information on the issues involved in its administration and on the best possible management of this essential resource. 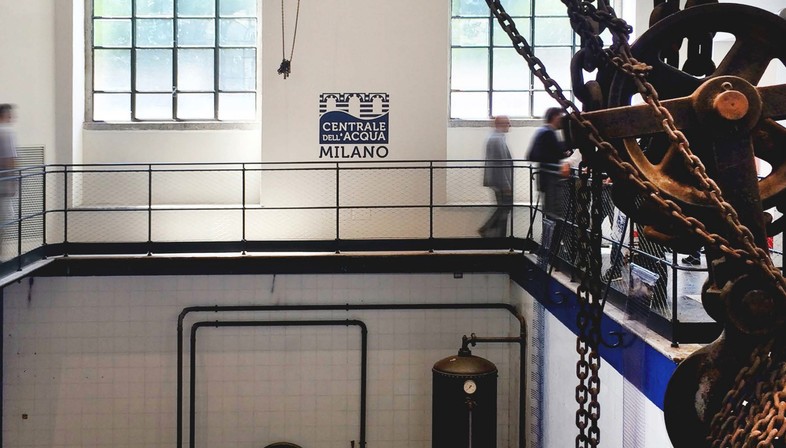 FUD and DEGW worked on one of the oldest pumping stations in the Milanese aqueduct system, the station at Via Cenisio 39, which began operation in 1906, designed by engineer Franco Minorini. The client, the company MM, which has been operating integrated water services in the city of Milan since 2003, wanted to open the station to the public, transforming it into a multi-purpose experiential place for finding out more about the public water supply and the quality of the water that comes into the homes of Milan.
The three states of water, solid, liquid and gas, become graphic shapes and patterns representing different aspects of the new station: Architecture, Aqueduct and Digital, governing its colour palette. 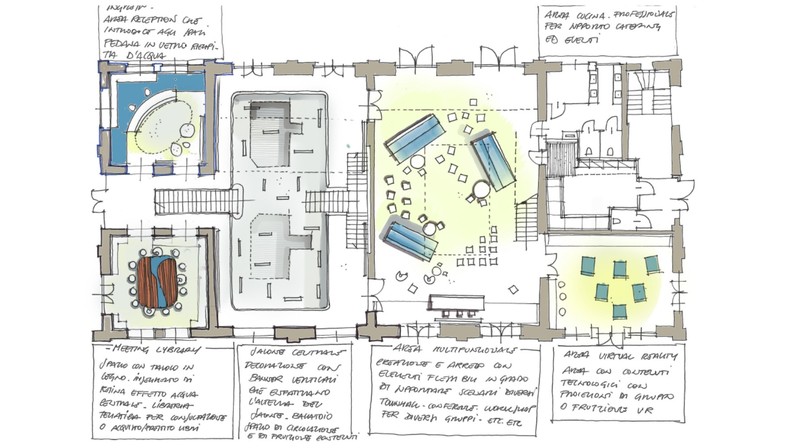 The visitor experience takes place in five areas following one upon another in an immersive, flexible exhibition route that can be tailored to suit the needs of different types of visitors. The first area is the reception area, a place of transition between the solid dimension, the building visitors have entered, and the liquid dimension of the central hall containing the pumping area. Before going into the central hall, the third area and the beating heart of the old system, by the reception area is a “library” for working teams and for consulting and buying books. In the central hall, 3D visors guide visitors in an immersive experience in which every little detail, from the furnishings to the architecture of the space and the big projections on the walls, is somehow linked to water’s liquid dimension. The fourth area is a flexible multi-purpose space for hosting a variety of different types of event in addition to exhibitions and temporary installations. Finally, the gaseous and therefore “digital” dimension of water is represented by Virtual Reality, a multimedia area where spectators are involved in an all-round virtual reality experience. 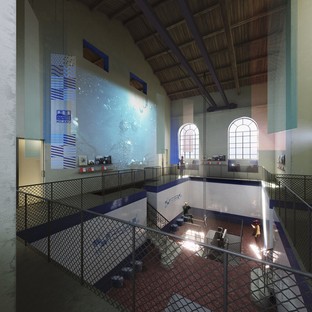 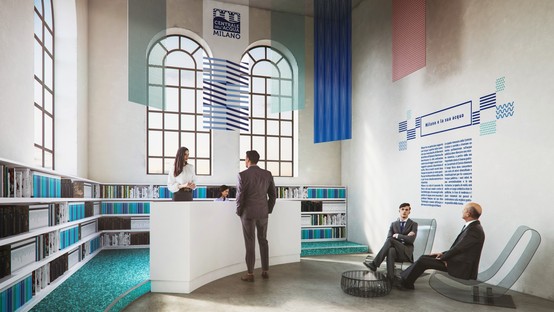 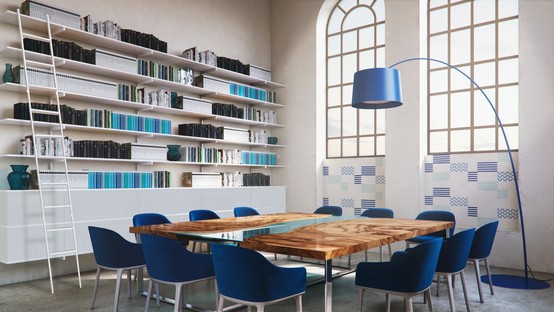 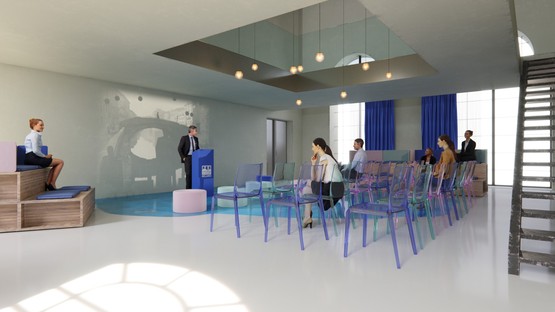 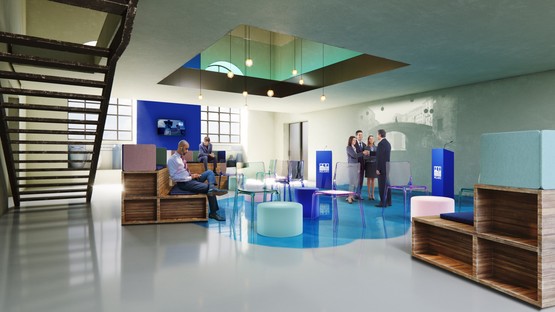 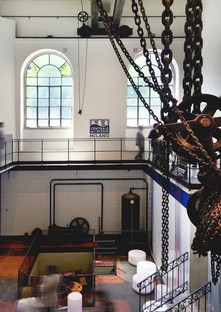 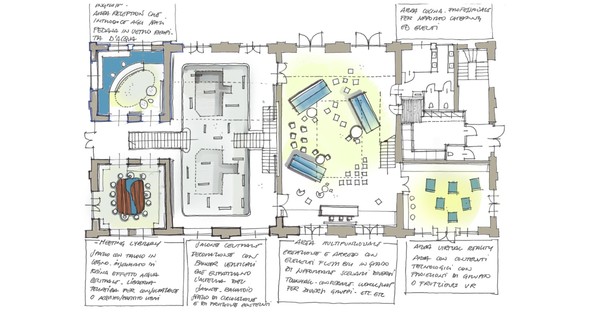