Lombardini22 completed an urban renewal project on an industrial building at Viale Sarca 222 in Milan, constructed in the sixties and renovated in the early 2000s. The building now has a new urban image designed by Lombardini22’s L22 Urban & Building division, consistent with the evolution of the district. The architects designed a grid of frames and glass elements giving Sarca 222 a dynamic rhythm of solids and hollows. 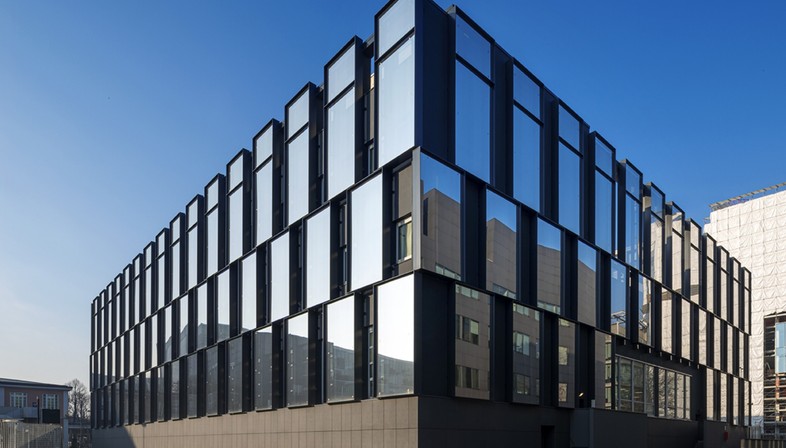 The Bicocca district on the northeast edge of Milan, divided between the municipalities of Greco and Sesto San Giovanni, was the heart of the city’s industrial district in the early twentieth century, the symbol and driving economic power behind the industrialisation of the region of Lombardy and the whole country of Italy. Delocalisation and factory closures had a strong impact on the look of the neighbourhood beginning in the eighties, but progressive recovery and conversion of industrial areas has now transformed the Bicocca district into a university campus and a centre of the service industry, home to research facilities operated by important nationally and privately owned organisations as well as new homes and services such as Teatro degli Arcimboldi, HangarBicocca exhibition centre and Bicocca Village. In this dynamic context, Lombardini22’s DEGW and L22 Urban & Building divisions renewed the urban image of an industrial building at no. 222 Viale Sarca. 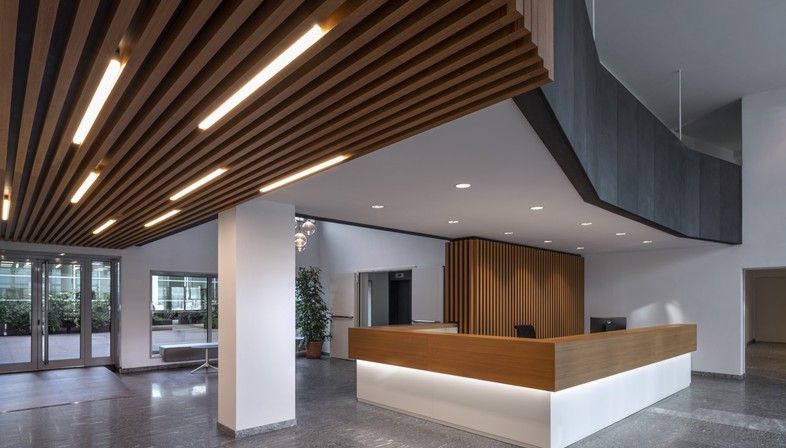 The industrial property was constructed in the sixties and had already been renovated once, in the early 2000s. The building now has a new bright, dynamic urban image in line with the recent evolution of the district, created by the rhythm of solids and hollows formed by façade cladding modules. The two divisions of Lombardini22 worked inside the volume, while DEGW renovated the entrance and the courtyard. L22 Urban & Building then added dynamic new outer cladding alternating solids and hollows with a grid of frames and glass elements.
The building contains laboratories and offices on three levels above ground, with an underground garage and technical areas. The design of the entrance permits more convenient, brightly lit access to the building, welcoming visitors in an elegant, inviting space. The reception area features the leitmotif of wood that accompanies users and visitors on their way around the building: ceiling panels of wooden slats guide people from the entrance to the reception desk, which is white but has a wooden insert reflecting the common theme of the reception area. The furnishings and coverings in the interior all draw on a colour palette of greys, recalling the new façade designed by L22 Urban & Building. In front of the entrance, and designed as its natural extension, the inner courtyard created ex novo by DEGW becomes the new centre of aggregation for the entire building. L22 Urban & Building gave the outside of the building a facelift, cleaning and restoring the existing façades and touching up the opaque parts of the building in the same anthracite colour as the base covered with porcelain slabs. The metal frame covering the glass panels at the top accentuates the alternation of solids and hollows that gives the building its rhythm and its new image, perfectly suited to its changed urban setting. 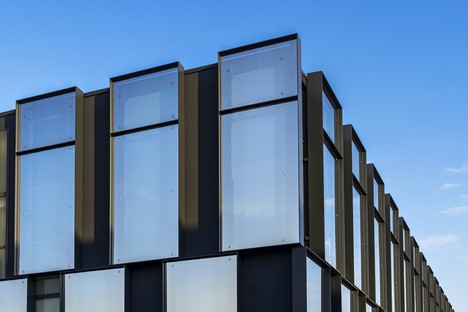 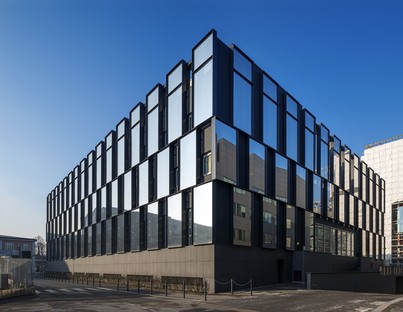 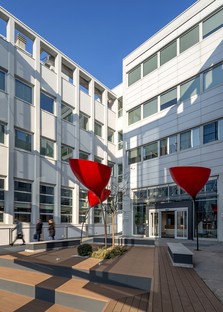 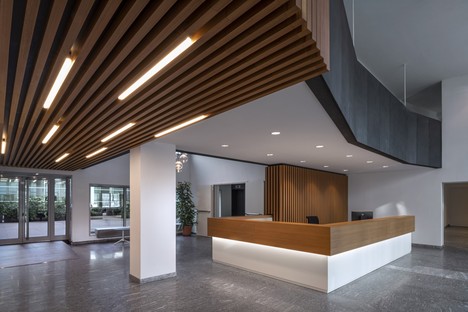 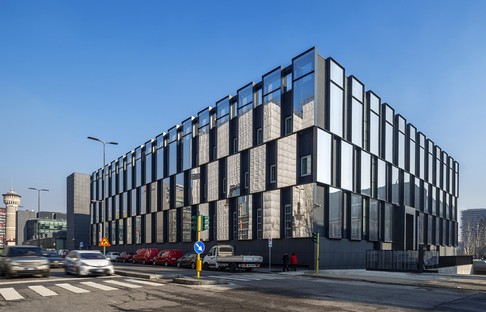 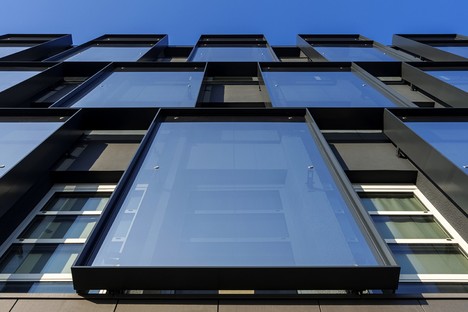 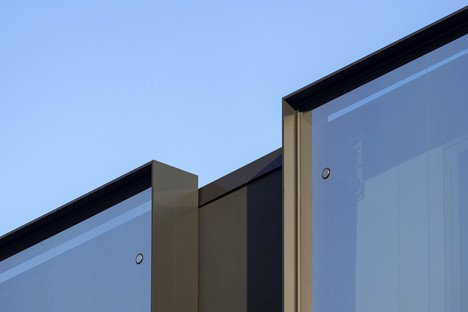 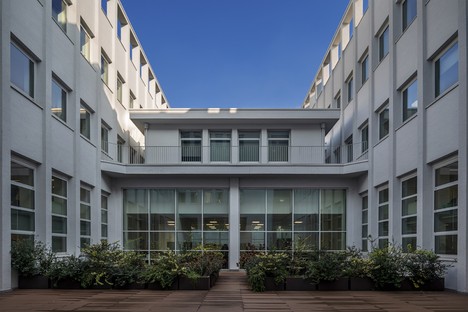 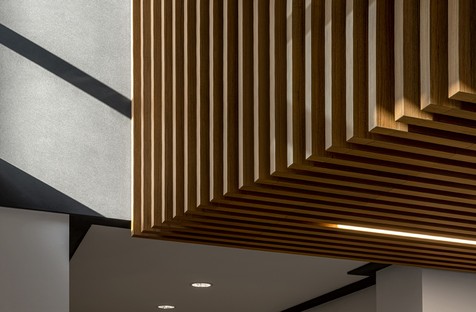 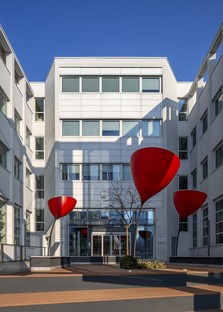