Expansion of a former factory in Sheffield

The architects of Project Orange reclaim unused spaces in an old factory at 192 Shoreham Street in Sheffield, England. The project adapts spaces originally built in Victorian times for use as a bar/restaurant and raises them with a duplex structure to contain office space, making the project into an urban landmark. Can a difficult location - the ruins of a prestigious past that brought profit to the city - become a resource for contemporary architecture? Project Orange, a London architectural studio, addresses the theme with a project involving reuse and adaptation to a new function of an industrial building in Sheffield, the centre of the British steel industry in the second half of the nineteenth century. The remaining part of an industrial building dating back to the Victorian age, when the city?s fortunes were on the rise, occupies the corner lot at the intersection of Mary Street and Shoreham Street: the single space inside, with its bare outer walls of exposed red brick interrupted only by tall windows with iron frames, now contains a bar/restaurant accessed through number 192.
By raising the original building with a duplex structure, the architects create a new construction which it would be reductive to call an expansion of the old building: with the multiple gables of its roofs, terraces and windows of different sizes, it is a completion of the building in a contemporary idiom, through interpretation of a view over the characteristic roofs of the old city, with its mass of buildings rising alongside one another over the years.
This is a completely new building, a compositional invention which draws on both history and modernity to create a landmark, which its topographical position helps emphasise. The ruins of abandoned factories built between a hundred years ago and the seventies, when the crisis in the steel industry began, are a resource of memories, spaces and architectural traditions in the city of Sheffield which may be integrated into modern life to prevent the present from forgetting the past or simply looking back on it with regret.
The impact of the two levels of history appearing in the Shoreham Street building is surprising: the rough appearance and signs of time impressed on the old steel mill contrast with the flawless standardised forms of the extension, with its aluminium panelling painted steel grey and plasterboard internal walls the colour of natural wood. The present-day structure rests lightly on the past structure, overhanging it in an overall composition with the potential to become a new landmark in the city. 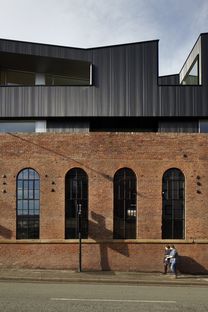 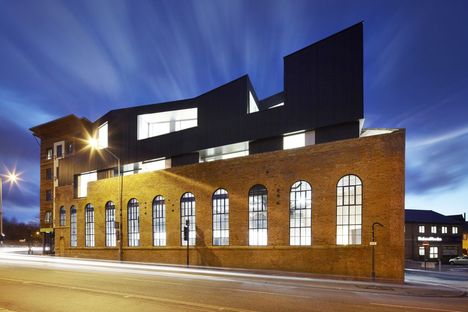 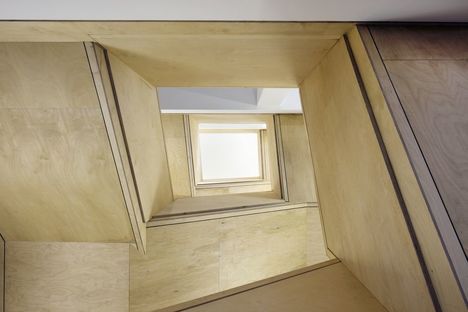 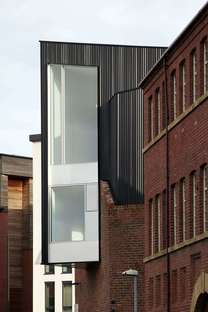 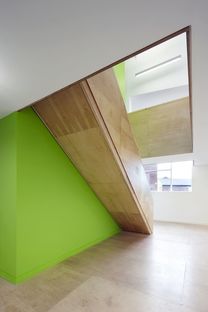 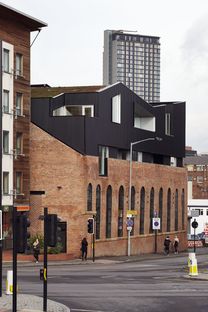 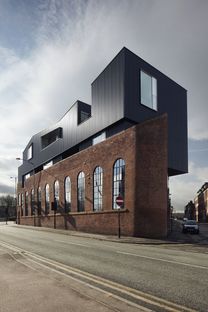 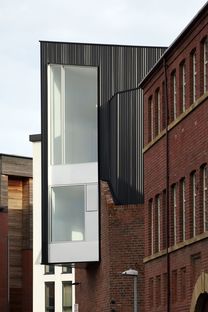 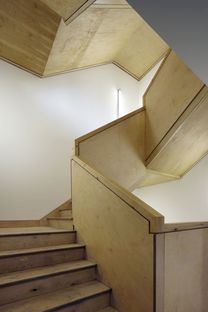 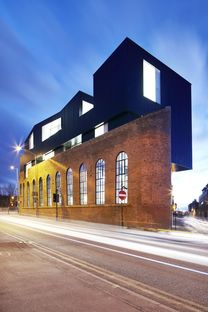 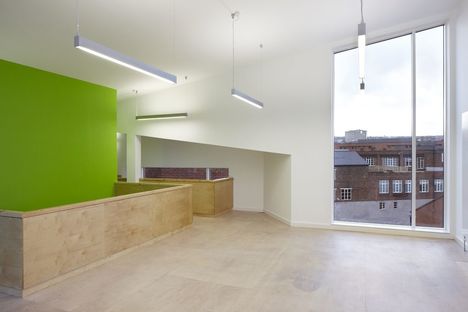