In 2011 an eight-level apartment building was constructed in Place de la Bastille in Paris, designed by BP Architecture. The project is characterised by the façades: the wall over the square is a glass sunshade, while the side walls are made of modular panels with variable inclinations and coloured inserts. 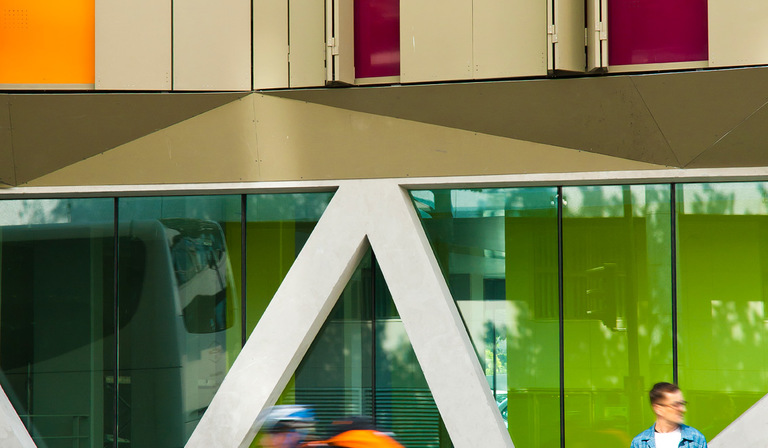 The weight of the responsibility perhaps counterbalances the great honour of being commissioned to produce a work of architecture in a place that not only has centuries of history behind it but also represents a turning point in a nation?s history. BP Architecture did not work on a historical monument, as in the famous case of Norman Foster?s restoration of the Reichstag in Berlin, but built a new construction overlooking Place del la Bastille in Paris, one of the places of greatest importance and pride to the French national honour.
The main aim of this measured, respectful housing project was to add a new tile to the circular perspective of the square, the centre of which is marked by the July Column in memory of the location where France?s most famous prison stood until 1789. Squeezed between the Arsenal marina and the Opera Bastille theatre, set slightly back from the square, the new glass and metal building completes the corner formed by Rue de Lyon and Boulevard de la Bastille. The building does not take up all the space on the lot, but its façade is set back slightly to create another plaza of its own, to which the main façade responds with a corner profile with its tip facing inwards, creating a loggia for the duplex apartments with a vast view over Place de la Bastille. Starting with this wall, composed of a glass sunshade with very fine frames in the contemporary idiom, the complex extends on the basis of a trapezoidal design to connect with the next building, which stands out from it due to the appearance of the side walls, covered with golden aluminium panels creating a lively rhythm. These vertical modules incorporate the shutters of the apartments, which unexpectedly reveal the position of the windows, the coloured frames of which offer passersby a pleasant surprise. The walls are set back on the top floor and the ground floor to lighten up its appearance: the golden panels follow the same design, without interruption, as a unifying element in diversity. The ground floor, home to Fondation Lartigue, has glass surfaces which reveal its cement structure, in which the pillars form a zig-zag line. 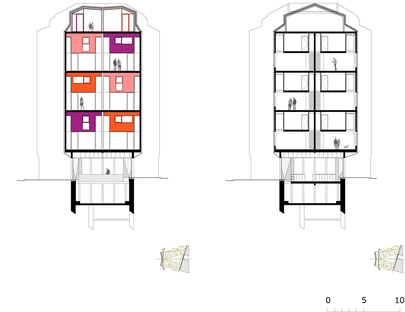 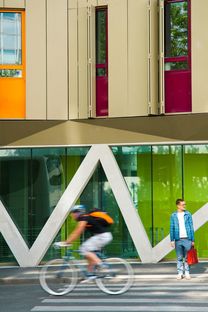 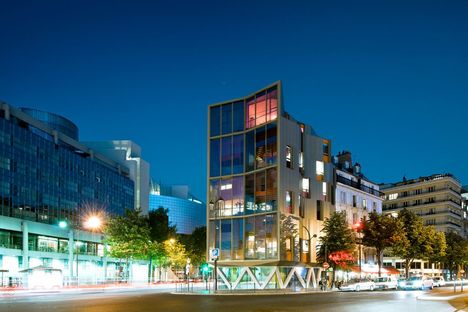 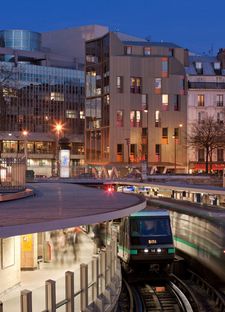 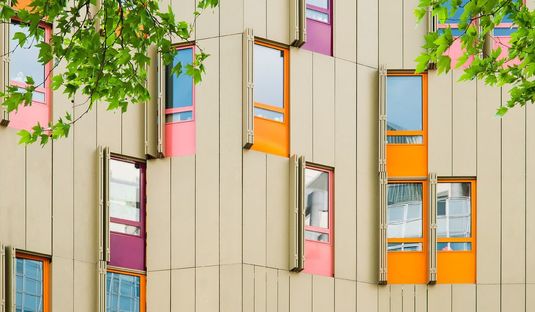 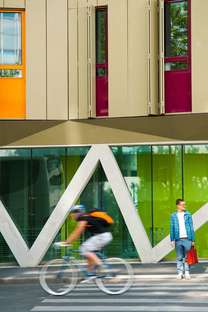 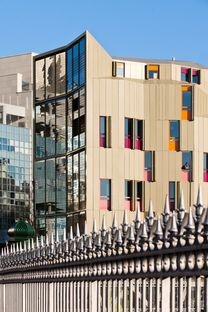 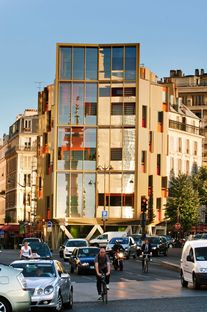 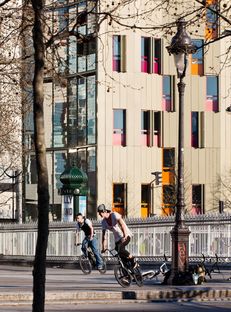 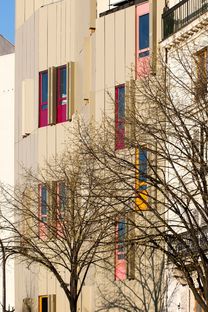 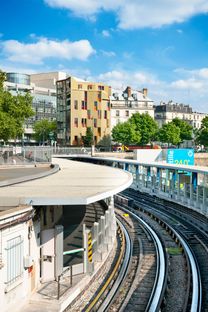 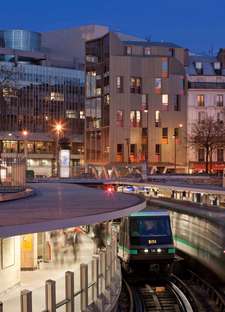 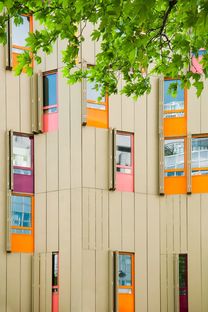 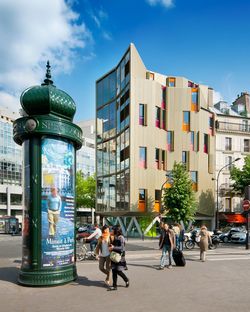 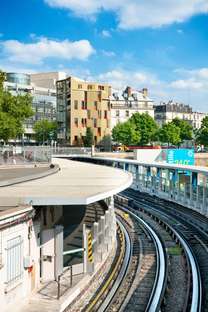 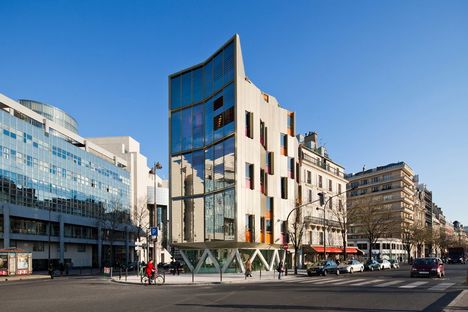 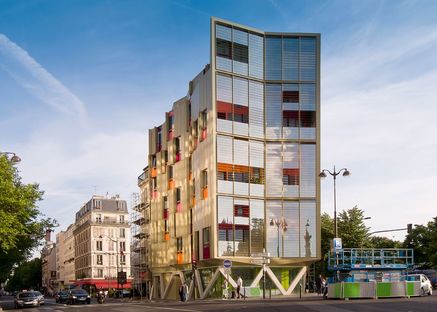 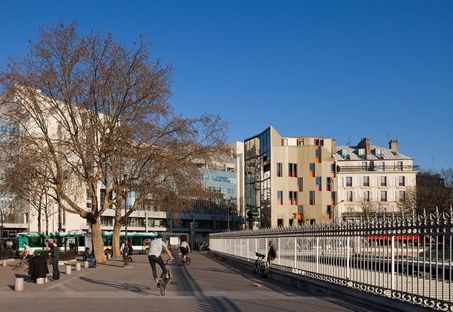 Manuelle Gautrand and the Forum in a Saint-Louis, Alsace