The latest project by Vinu Daniel and Wallmakers - dubbed ‘The Ledge’ - is a wedge-shaped architecture overhanging a cliff in Peeremedu, southern India. Casuarina wood, a humble material usually considered nothing more than building waste, is here lent a sense of nobility and vigour. 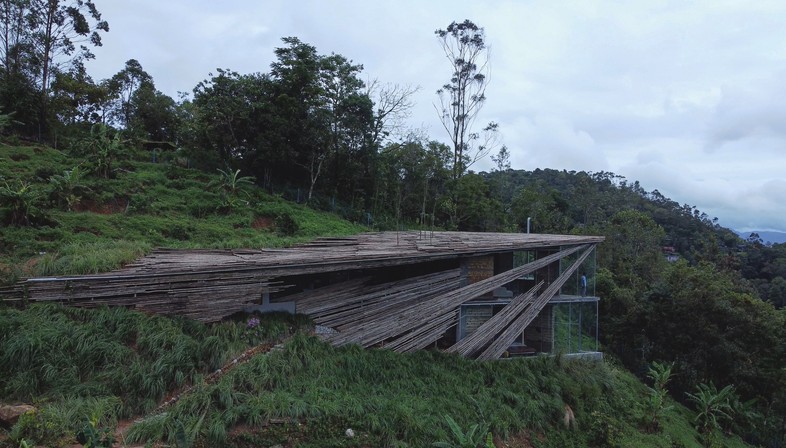 If we absolutely must continue building new things, each one has to be really worth it. This would be an apt summary of the architectural philosophy of Wallmakers, the Indian firm that is making waves in the community by proposing an approach to construction based on the use of mud and all sorts of waste materials.
However, Wallmakers combine meticulous specifications for how to use methods, techniques and raw materials in a way that respects the existing buildings and a sustainable lifecycle for their new constructions with formal research which we would, without a shadow of a doubt, consider nothing short of visionary. The Ledge - a house built projecting over the edge of a ridge in the lush Peeremedu region in southern India - defies gravity itself, reminiscent as it is of the futuristic homes once the preserve of comic books or sci-fi films, offering a fresh image of architecture. And yet it is worlds away from any technologically advanced conception of architecture, instead focusing on a building tradition rooted in the reclamation of the least impactful and most durable material in the world: mud, dirt, earth. Vinu Daniel, founder of Wallmakers, explains the rationale behind this choice: ”All our earlier settlements have always been made of natural materials. But the sad fact is that, today less than thirty percent of the world’s population live in buildings made of earth, even though it is a more sustainable and durable material; the blame of which may be solely placed on the advent of industrialization and a widespread demand for "cement” houses'”.
In 2005, Vinu Daniel graduated from the College of Engineering Trivandrum, in India’s Kerala region, before going on to work on a United Nations Development Programme dedicated to post-tsunami construction, after which he set up Wallmakers in 2007. At the heart of his work - as seen in projects such as the Pirouette House in Trivandrum, the St. George Orthodox Church in Mattancherry, or the pavilion at the Kochi-Muziris Biennale - there is both an ethical and an aesthetic component, which intertwine in a certain sense, forming a way of operating and considering human space. Quality is absolutely paramount in all the environments that Wallmakers design, and they ensure that these standards are met with their construction choices. The raw material, pure in its denouncement of the process that has led to its being in the condition in which it can now be seen, along with the memory it bears, all form part of the richness of these newly-built spaces, offering a legacy for those who will live within their walls. 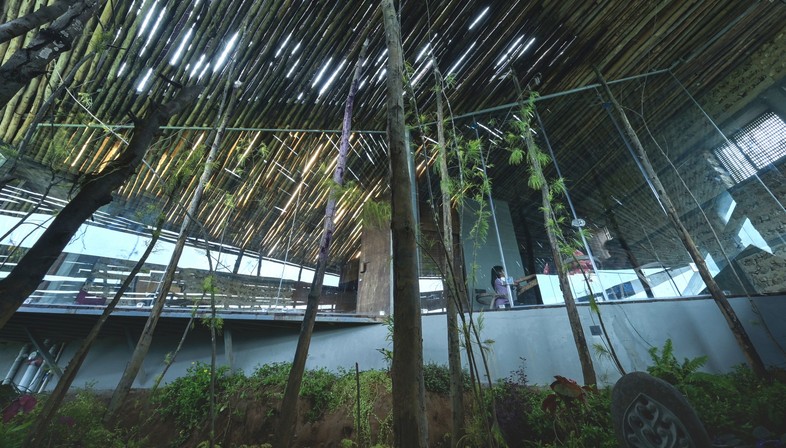 Daniel vehemently rejects perfectly finished surfaces, the industrialisation of materials and processes geared towards increasing levels of sophistication which - as Anna Heringer has long maintained - only serves to increase the amount of waste and scrap produced. His architecture does not offer a functional lifestyle in which every last detail serves to create immediate comfort for the people within it, but rather pushes them to dialogue with the living area and find a way of interacting with the architecture that celebrates its unconventional appearance. This is the idea underpinning The Ledge, a dwelling built upon one of the characteristic forested ridges in the Peeremedu area. With an astonishing wedge-shaped volume, the architecture juts out from the mountain, clad in an all-embracing shell made of poles of treated casuarina wood, which seem to emphasise its aerodynamic profile even more impressively. Casuarina is a fast-growing plant, typically found on the Indian subcontinent, whose wood is not especially popular for industrial applications, usually relegated to nothing more than a material for scaffolding and fences - in short, practically a waste product which the architects at Wallmakers decided to ennoble with this project, demonstrating its true potential.
Although some parts of the structure are products of industrial processes - from the ferrocement roof to the glass walls - the architects have clearly sought a sense of mimesis with nature, to the point of piquing the observer’s curiosity into wanting to know its purpose and composition. It is at once the reconstruction of an organism and, on the other end of the scale, a geometric form, the product of an unequivocally anthropic gesture.
“The inquisition that leads one to walk till the edge of a ridge or a child-like whim to jump from the top of a cliff can be attributed to a human desire to walk ahead into the clouds even after the mountain is over. Hence the building has been designed as a shard that seems to be protruding as an extension of the mountain into the air,” said Wallmakers of the distinctive shape.
The walls are built out of the small stones unearthed during the process of excavating the site in order to lay the foundations of the house. The process is not concealed behind any kind of finishing layer, instead being laid bare on purpose to showcase its essence: a mark of pride rather than shame. Vinu Daniel had the walls built by hand, alternating layers of stone, debris and earth. The flooring is a collage of pieces of scrap wood. The numerous openings that overlook the landscape enclose almost seamless glazing, taking the feeling of dangling over the void to the extreme. The roof, made of casuarina poles, is further supported by trees planted at the original centre of the building site, which has now become the courtyard that stands at its heart. 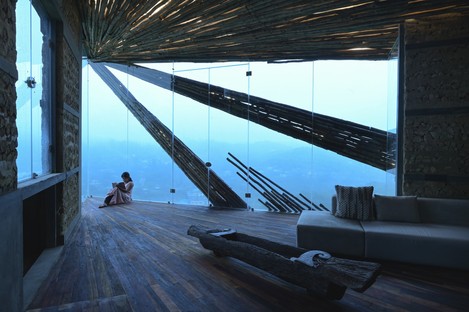 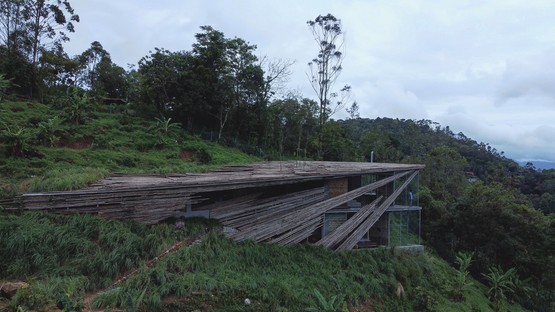 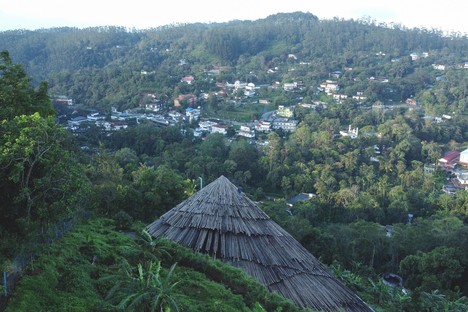 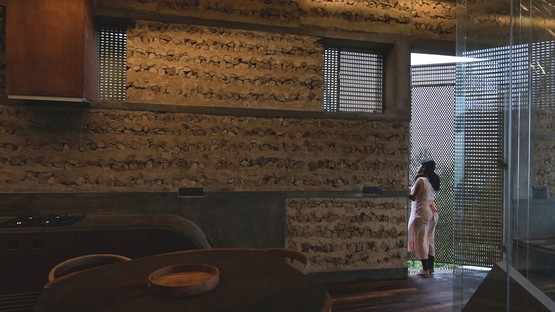 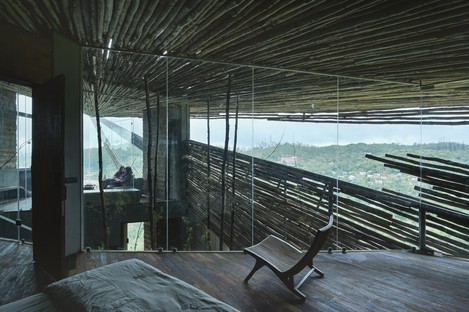 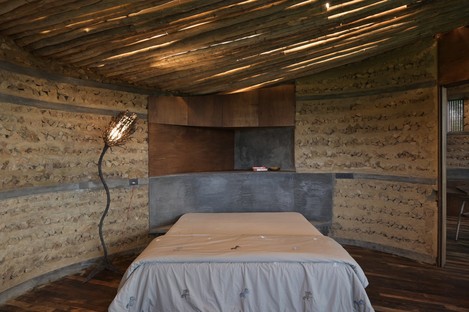 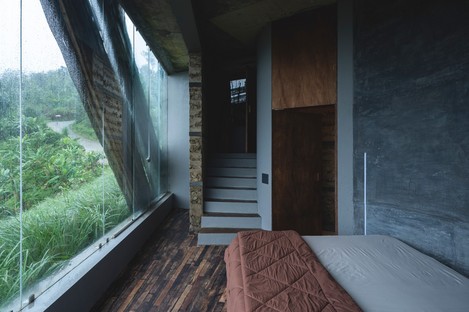 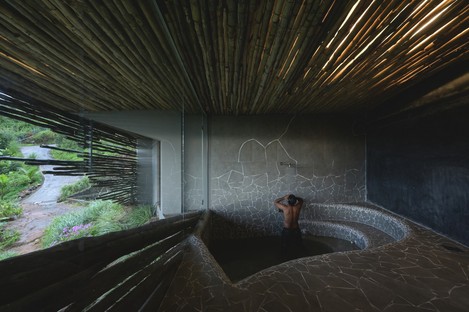 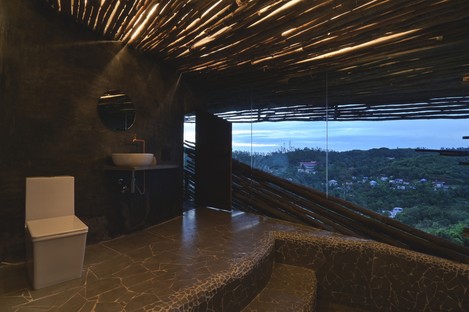 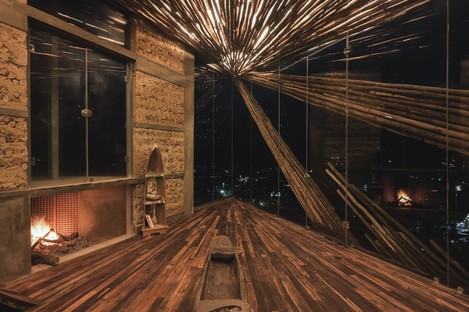 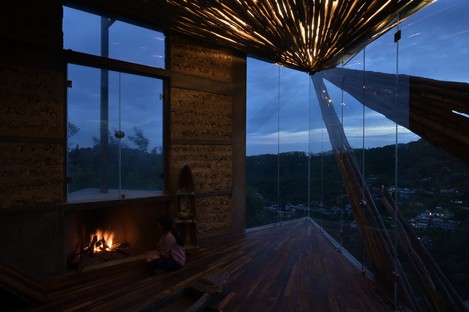 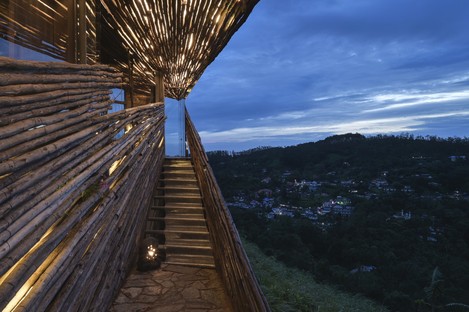 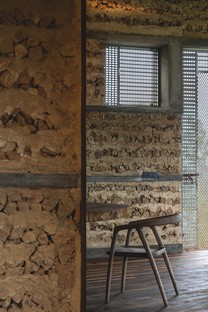 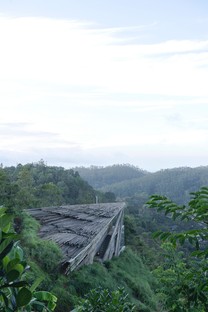 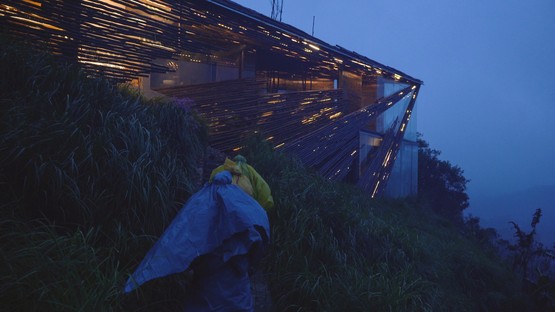 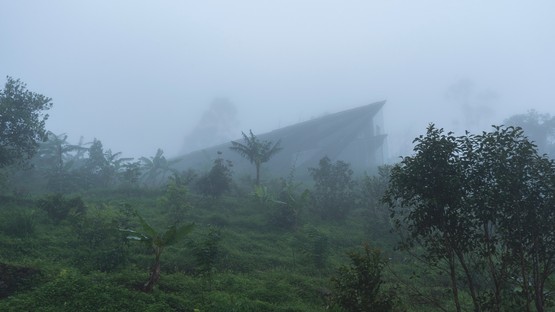 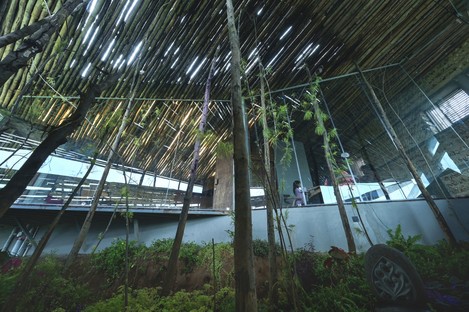 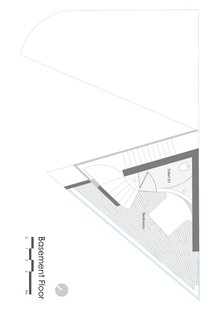 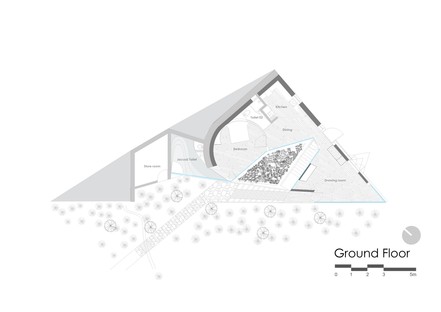 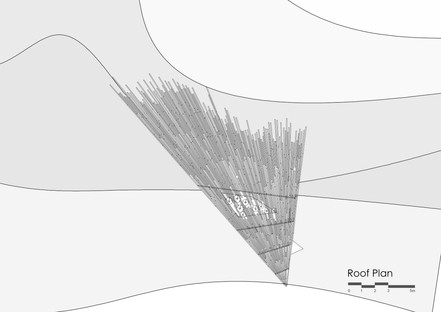 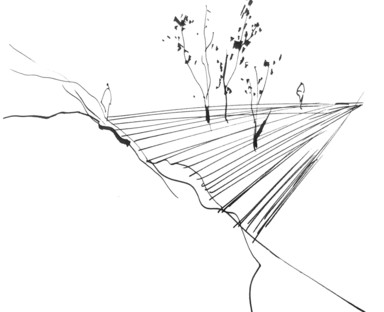 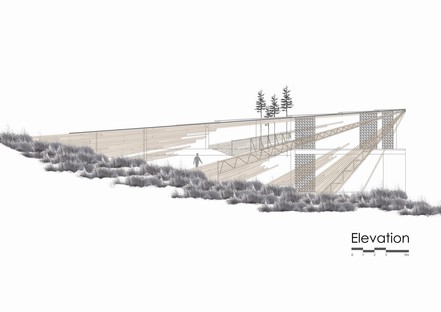