UAD – The Architectural Design & Research Institute of Zheijiang University Co., Ltd. – has recently completed a new cultural complex in Jiashan, China. The city is an eco-friendly and green development demonstration area in the Yangtze River Delta, thus playing the important role of a laboratory for implementing new architectural and social solutions. 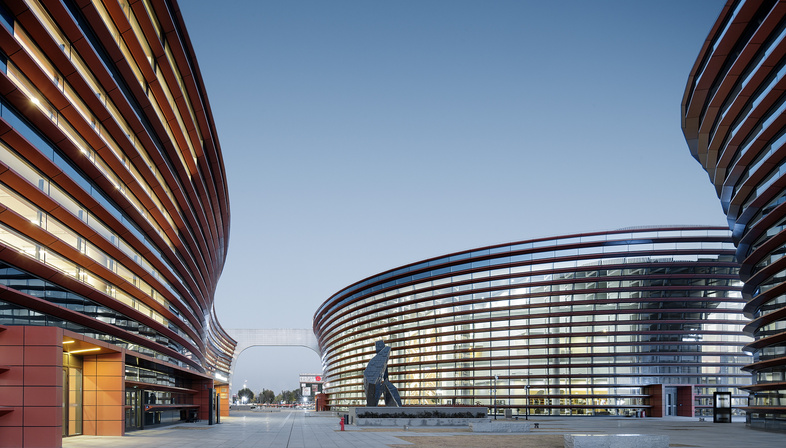 Jiashan is a county in the north of China’s Zhejiang Province, bordering Shanghai and Jiangsu province. The area is characterised by a dense water network and a developed shipbuilding industry. During the time of the Ming and Qing dynasties Jiashan was known as the "Country of a Thousand Kilns", nickname referring to the fact that the country’s kiln industry was quite prosperous at that time and most of its bricks were produced for the imperial palaces.
Today, Jiashan is part of the immense city that extends into the Yangtze Delta and falls within China’s Top 100 counties. Jiashan has been declared a "county-level scientific development demonstration area in China". This means that the city is used as a testing ground where innovative solutions are designed and implemented, which can subsequently be reproduced elsewhere in the country. Among these, we find the Jiashan Museum and Library, designed by UAD, or The Architectural Design & Research Institute of Zheijiang University Co., Ltd: a cultural complex that aims to offer citizens a reference point to improve the quality of life and the county’s cultural vitality. The project was designed with the "Book Repository and Treasure Kiln" theme in mind, drawing inspiration from the local cultural and urban context.
The site consists of a limited area, as the plot next to it has already been used for construction. The architects were therefore forced to explore and conceive architectural spaces within the lot. To overcome this limitation, they created a complex consisting of three buildings around a central void where a square – whose shape is inspired by the local brick kilns – has been enclosed, which is also an outdoor extension of the library and museum lobbies. The square not only serves as an element that connects the museum and the library, but also provides a resting space for the citizens and becomes an extension of the buildings. It is thus able to support diversified public activities such as open-air exhibitions and the pop-up book market, fully embodying the functions and image of an urban "knowledge hall and cultural living room".
The three architectural volumes that make up the complex have been arranged in appropriate positions according to their respective functions. The museum, characterised by a closed façade displaying a clean, tidy and iconic image, is located on the southeast corner and near an intersection. The library, on the other hand, is located on the north side and overlooks the river, allowing natural light to filter in to the north and on the sides. Moreover, the museum isolates the library from the busy city street. Finally, the volume of the third building located on the southwest corner – and near the yet to be built area – houses shared ancillary facilities for the museum and library, including the conference room and an informal dining area.
UAD's Jiashan Museum and Library represent a project strongly rooted in the place and in the local context, where a simple container made of local material hides unexpected and spectacular spaces characterised by a strong contrast of textures and colours. 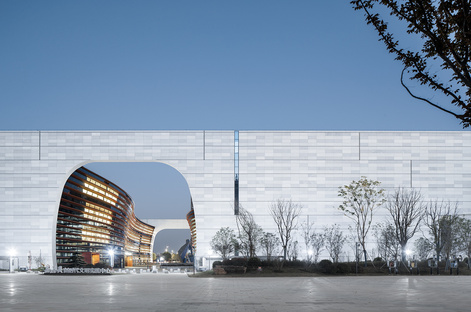 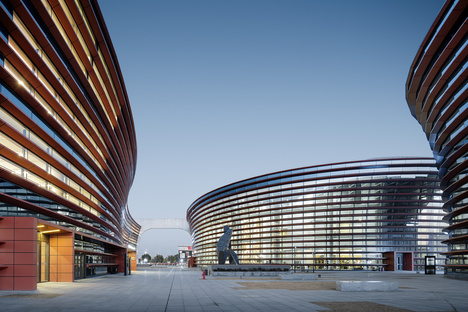 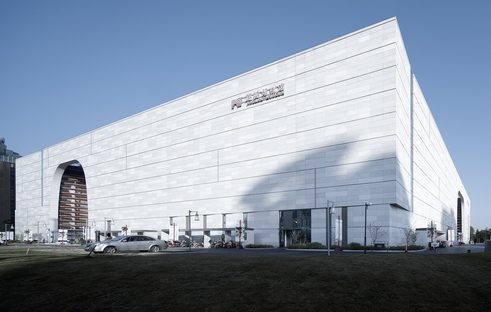 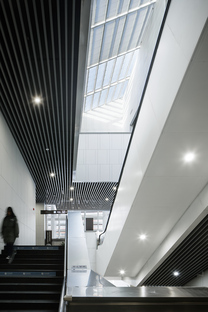 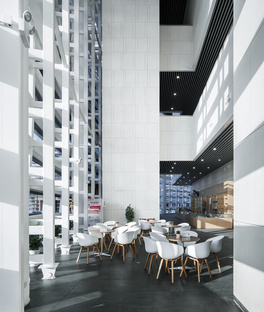 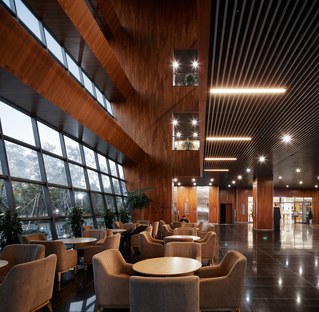 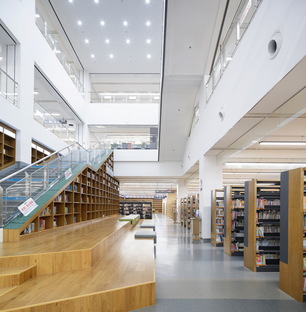 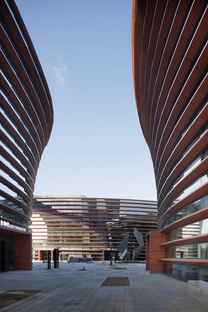 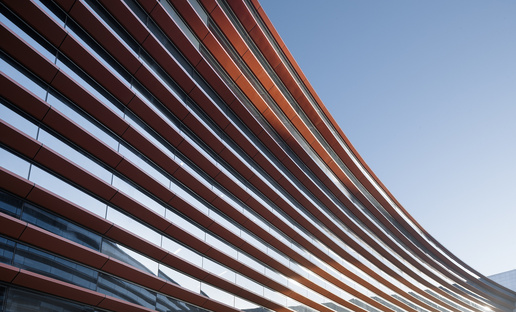