The fifth edition of Passages Insolites (Unusual Passages), created by EXMURO with the support of the City of Quebec, is running until 15 October in Quebec, Canada. 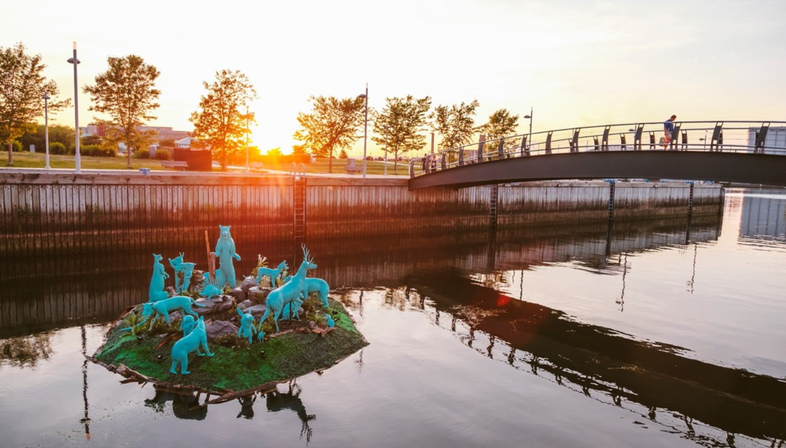 The fifth edition of Passages Insolites (Unusual Passages), created by EXMURO with the support of the City of Quebec, is running until 15 October in Quebec, Canada.  It a self-guided circuit of ephemeral public artworks in inspiring locations along a breath-taking route in historic Old Quebec.


Public art is a great driver of change in the way we see, perceive and, above all, inhabit our environment. There are many examples of events around the globe that make public art their attraction, including Passages Insolites (Unusual Passages) created by EXMURO with the support of the City of Quebec. Now in its fifth year, it has become an annual tradition of the local cultural scene.
It is a walk around the historic Old Quebec, where sometimes playful, sometimes introspective, always surprising artworks are integrated into the historic architecture for a fresh contemporary reading of the urban landscape. Visitors can chart their own, unrestricted course through the historic district’s winding streets to experience how art transforms their surroundings, adding a touch of fantasy and triggering a poetic dialogue with the context and the community. The walking circuit offers a singular, inclusive and accessible experience and an unusually intimate glimpse of the work of some of Canada’s leading artists and architecture collectives. Here then is an overview of the works on display. The installation by LEGAGA (Quebec), The Pillars of Post-Postmodernism is the winner of the 2018 Passages Insolites competition held in conjunction with the Université Laval architecture student association. A work whose answer to the question of what is the difference between sewer pipes, sculptures, and gardens is that in post-modern society, there isn't any. The question we really need to ask is what makes beauty beautiful, and ugliness ugly?  And, more importantly, how can we use ugliness to make beauty?
Alouette by Brandon Vickerd (Hamilton) consists of a replica of the 1962 Canadian satellite Alouette-1, installed as if it has crash landed into a parked sedan. A metaphor for the unfulfilled promise of a future of scientific advancement.
In the Bassin Louise section of Quebec City’s port lies a mysterious floating island inhabited by a diverse, surreal cast of plants and animals - a fantastic oasis that appears to have broken off from a distant land mass and drifted to our shores along with its outlandish ecosystem. Day and night, the Happy Castaways by Demers-Mesnard (Québec) invite us to join them in a shared dream of a more harmonious and peaceful world than this one.
In the Guts of the Future by Collettivo 5 (Blainville, Montréal, Québec, Sherbrooke) is another metaphor, representing possible paths forward into a future fraught with uncertainty and tension. Large flat slabs of wall form the frame of this singular space, to explore. Instead, Fannie Giguère (Québec) with Elsewhere creates an optical and sonic illusion celebrating “Ombro-Cinéma”, an early animation technique, while Jean-Robert Drouillard (Quebec) honours women’s age-old fight for equality, respect, and dignity by paying tribute to an Indigenous slave, who escaped the clutches of her owner in A Monument for Mary Ann.
The sculpture/video installation In Time by Samson-Breton (Quebec) defies space-time, referencing a black hole in the universe and Jean-Yves Vigneau (Gatineau), with Water Flowers presents an artificial flora that lights up in the evening, evoking all the beauty of an impressionist painting.
All very different works for the fifth edition of Passages Insolites (Unusual Passages), which began on 28 June and continues until 14 October 2018 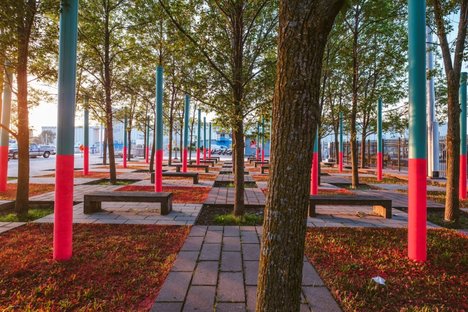 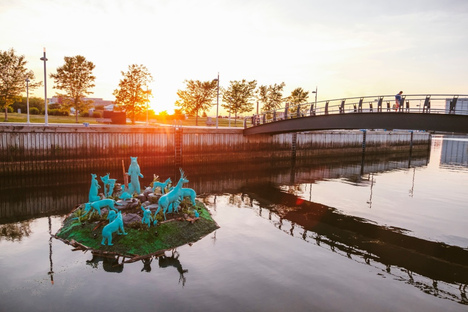 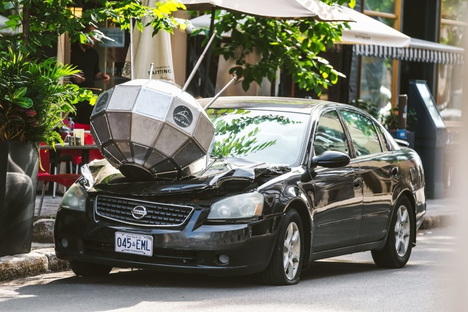 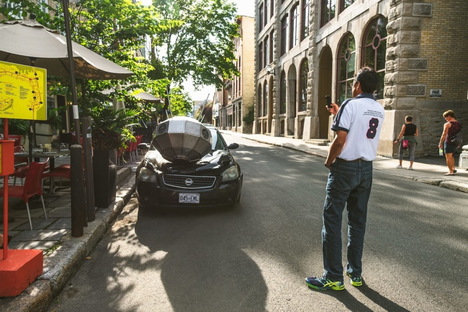 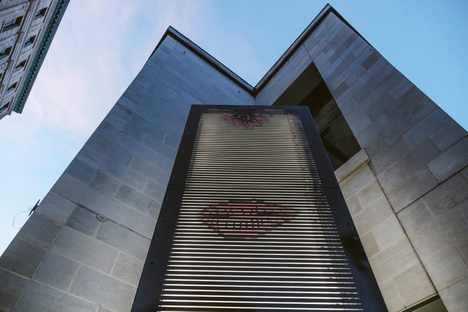 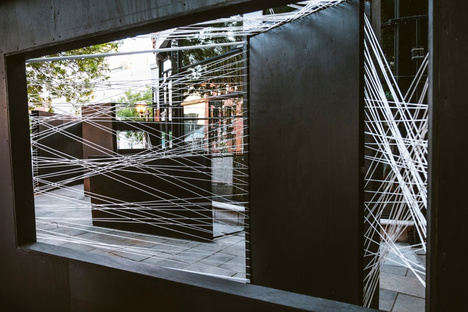 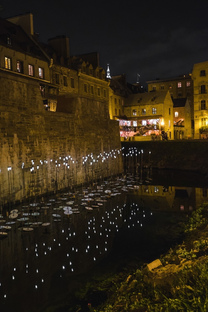 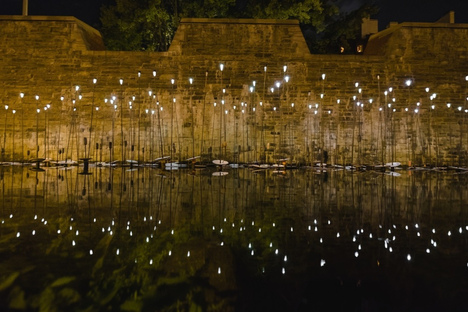