Throughout the summer, until 15 October 2017, Quebec City is hosting the fourth urban initiative called Passages Insolites (Unusual Passages) developed by the EXMURO arts publics non-profit organization and under the artistic direction of Vincent Roy. 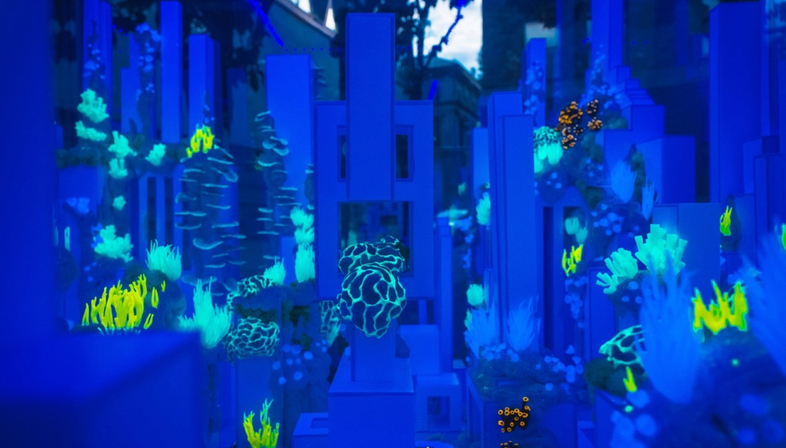 Throughout the summer, until 15 October 2017, Quebec City is hosting the fourth urban initiative called Passages Insolites (Unusual Passages) developed by the EXMURO arts publics non-profit organization and under the artistic direction of Vincent Roy.


The importance of the visual arts when exploring cities is a fact underscored by certain initiatives, where targeted interventions by artists, architects and landscapers enable us to explore our relationship with the world, and with the urban space in particular.
This summer, Quebec City is holding “Passages Insolites” for the fourth time. Under the guide of EXMURO arts publics, the non-profit organization whose mission is to design and disseminate multidisciplinary artistic projects in the urban public space, nine artists and collectives of architects have crafted site-specific works in the historical centre, responding to the idea of a stroll through the city and of experiencing some of its out-of-the-ordinary aspects.
“Impostor” by les malcommodes is a shocking pink addition to the Royal Battery, part of the 17th Century fortifications built to protect Quebec City from attack, which had become obsolete and abandoned, and it raises questions about the uses and abuses of historic landmarks. Space Cube by Marie-Eve Martel is a playful exploration of the mysticism of the cube, an imaginary world peering out from behind translucent yet reflective walls. Instead, Collectif Allard-Duchnesnau used a large rubbish bin as the container for a suspended, poetic installation called “Celestial Rubbish”, while “When Paper Planes Stop Catching Wind” by Atelier MAP evokes the hard passage between childhood and adult life in the form of a paper plane that crash landed.
With SSSpun, Robert Hengeveld presents a spinning tree that symbolises nothing but the fact that grass is fighting for space to grow between the cracks in the urban asphalt. Its large scale references the discrepancy between perception and preconception. Carole Baillargeon with “10 in the Beaufort Scale” uses a series of mast-like cylinders, a ship-like shape, and rigging to evoke the feeling of sailing under heavy winds, constantly playing with our imagination.
Outdoor Ball Games by Sculptosaurus combines two classic symbols of freedom and mobility, the tent-trailer and the dirigible balloon to create a kind of “motor-home”.
Giorgia Volpe with Migration Pathway #2 reimagines the original Migration Pathway from Passages Insolites 2016, discussing the notion of migration, a seminal influence shaping our society.
Then there is “Blitz!” where a collective of architects from Montpellier, site of FAV2017 will be working with two artists from Quebec City to craft an ephemeral installation artwork.
Locals and tourists alike have until 15 October 2017 to experience the city in a “different” way. 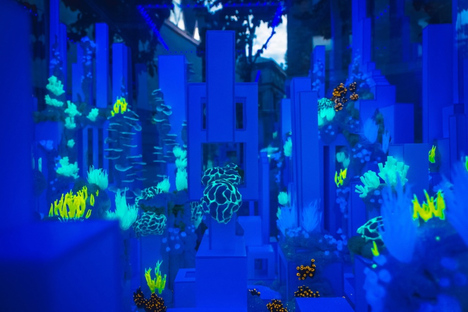 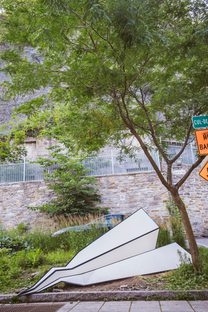 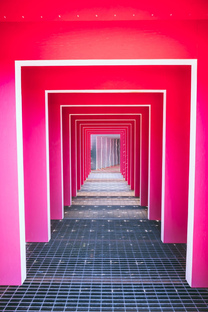 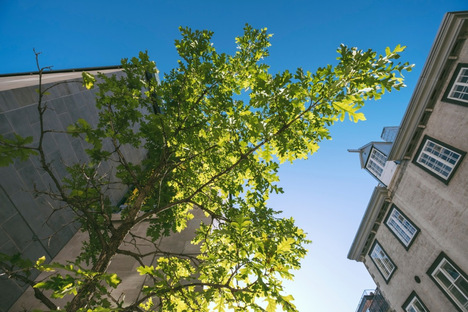 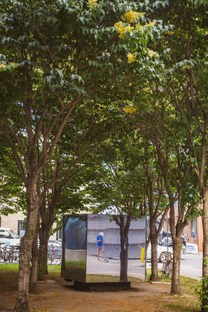 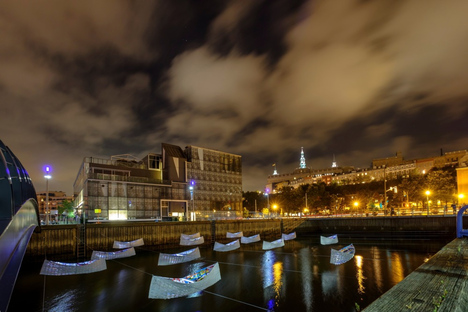 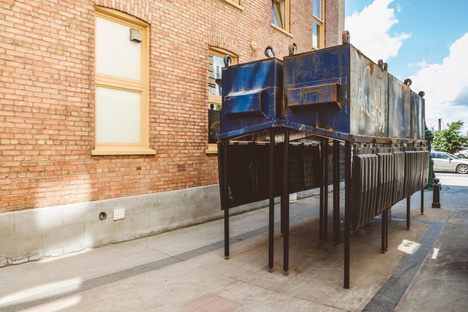 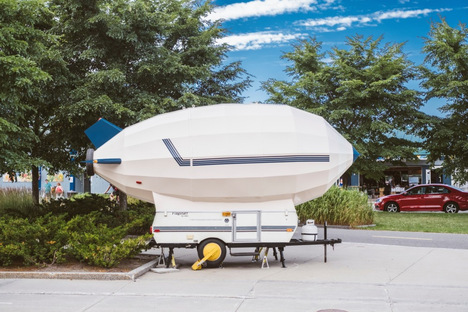