Danish architectural studio EFFEKT created an urban square in Amager, Copenhagen, that is perfect for music, events, cultural life and city life in general. It is a dynamic public space, created out of a dialogue with its users.


While looking forward to hearing the lecture by Sinus Lynge, co-founder of architectural studio EFFEKT, during the cycle of conferences Piantiamo il seme dell'architettura che verrà (We sow the seeds of architecture to come) that will be held on 13 April 2018 in Florence (Sala delle Feste, Bastogi Palace), and that will be organised by cultural association GreenHub, supported by the Tuscany Region and sponsored by IRIS Ceramica, here is another project by this Danish studio.
This time, it is an urban intervention, a place-making project carried out in Amager, an area in the south/south-east of Copenhagen that used to be a working-class district and that today is swiftly changing. The Music Plaza is an urban space devoted to music, as well as to much more. The main idea was to create a dynamic, flexible and open public space that could welcome all its users and allow for various and diverse events or, in short, to create an urban arena where culture, creativity and city life could unfold.
Since this space was designed for a local community, the institutions and the architects immediately involved the final users in the project, with a participative approach similar to that used in Italy when the concept of “active citizenship” is applied to local town planning. The dialogue with the final users of the intervention became the key of success for an active public space, that is well-integrated in the neighbourhood life.
The Music Plaza has been developed in different stages and consists of three elements. The first element is a unifying floor with an iconic graphic pavement that connects the existing buildings and creates the second element, consisting of new stages and amphitheatres located in the very plaza. The third element is created by the existing buildings overlooking the plaza, transformed by EFFEKT to better include it in the urban context so as to generate new connections between indoor and outdoor activities.
The real architectural point of reference and spatial landmark of the Music Plaza is a pavilion created over one of the stages, that was completed and inaugurated in May 2016. The pavilion creates an iconic outdoor covered event space and is provided with steel curtains that make it possible to create flexible areas suitable for various functions and events and a multipurpose space for the community. 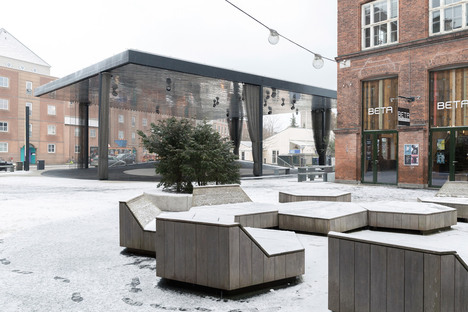 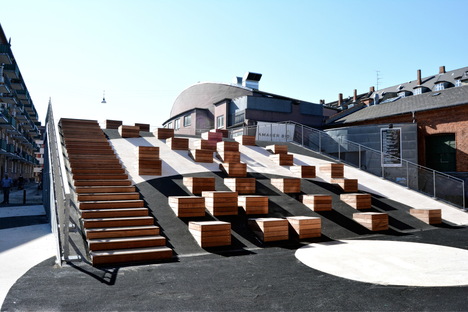 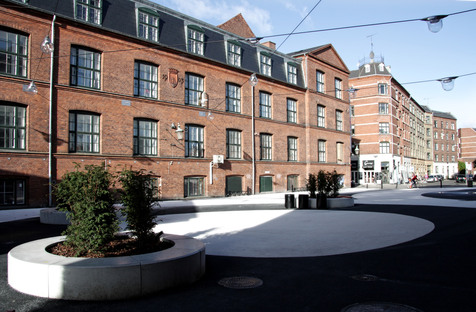 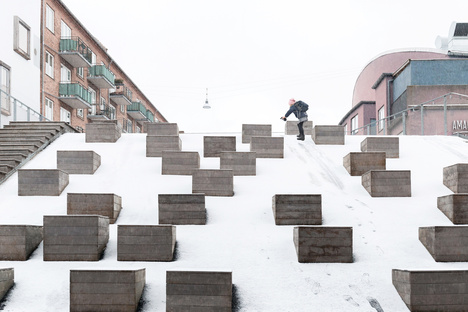 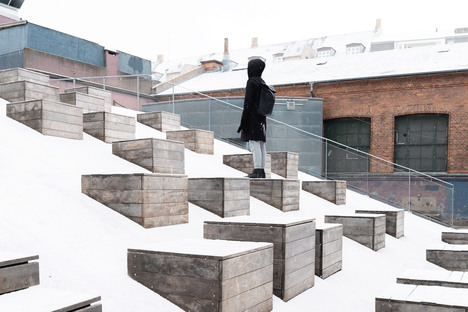 Thurøhus by Studio EFFEKT, synergy with the context