BNKR, the Munich-based platform for reflections on art and architecture, has rolled out a new exhibition cycle called SPACE IS THE PLACE (1/4).

BNKR, the Munich-based platform for reflections on art and architecture, has rolled out a new exhibition cycle called SPACE IS THE PLACE (1/4). The curator, artist and writer Lukas Feireiss focuses on the artistic exploration of space starting with the group exhibition called Thresholds, Limits of Space.


The theme of space seems to be dominating contemporary discussion in the fields of architecture and art, as we have seen on several occasions this year, from the Venice Biennal (link) to the Biennale in Kortrijk (link), and other events that we are following (link).
This is also the backdrop for the new cycle of events and exhibitions at BNKR, an eclectic venue in Munich, dedicated to reflections on art and architecture. The curator,  Lukas Feireiss, artist and writer has proposed SPACE IS THE PLACE - a cross-disciplinary exploration of space as a physical and spatial unit for critically experiencing, imagining and designing space. So the space theme will be explored through numerous events, individual and group exhibitions and symposiums. It starts with the group exhibition Thresholds. Limits of Space.
Based on Body Pressure (1974), the seminal work of American concept artist Bruce Nauman, which provides a set of typed out instructions for physically and spatially exploring an architectural surface, the exhibition shows different ways of physically appropriating architecture and the built environment in contemporary art.
The video performance Little Frank and His Carp (2001) by Andrea Fraser, filmed with a hidden camera at the Guggenheim Museum Bilbao, culminates in an almost erotic encounter between the artist and the architecture. Jeewi Lee, whose works repeatedly focus on making invisible traces in the space visible, has developed a new site-specific work in the exhibition space of BNKR. Then, the German artist duo Wermke/Leinkauf investigate overcoming obstacles and physically conquering architecture in Berlin’s former border area, while Raul Walch turns fire hydrants into water fountains with Eureka, taking the discussion out into the surrounding urban environment.
As part of the exhibition, on 25 October BNKR invites people to a discussion evening with the curator Lukas Feireiss and the journalist and freelance writer Tobias Prüwer who will be presenting his book “Welt aus Mauern” (World of Walls), published by Wagenbach Verlag. This is a cultural story of the most fundamental of all the basic elements of architecture - the wall. The writer tells the story of the wall in all its manifestations, from the city wall, the dam, the dyke, the ghetto, the factory wall and the garden of paradise, to the most recent examples of gated communities (link), walls to defend against migrants and the increasingly invisible walls that cut through public space. In this context, Feireiss and Prüwer, together with the audience, will talk about what walls tell us about the state of the world and about how they affect the people who built them. The discussion will be in German.
. 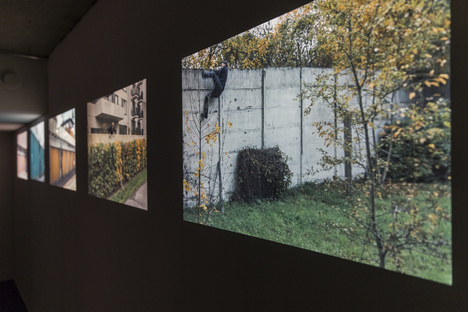 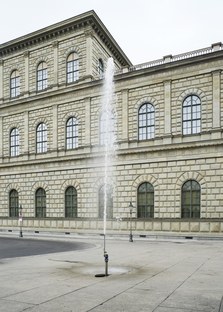 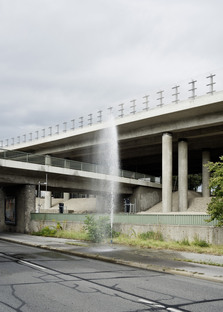 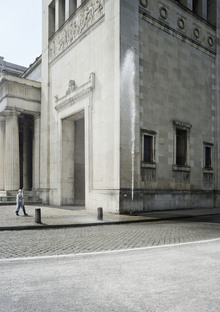 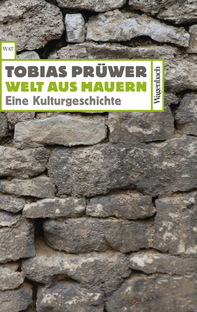 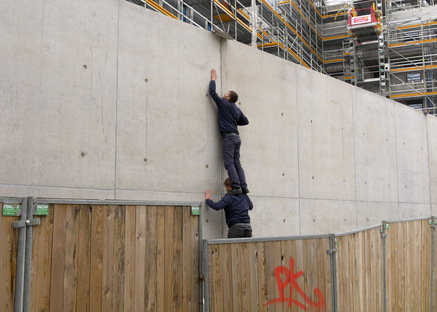