The tower created by Chinese architecture studio URBANUS ARCHITECTURE & DESIGN is very eye-catching thanks to the lighting project by GD-Lighting Design for architecture that reaches out and interacts due to the engaging use of light poetics. 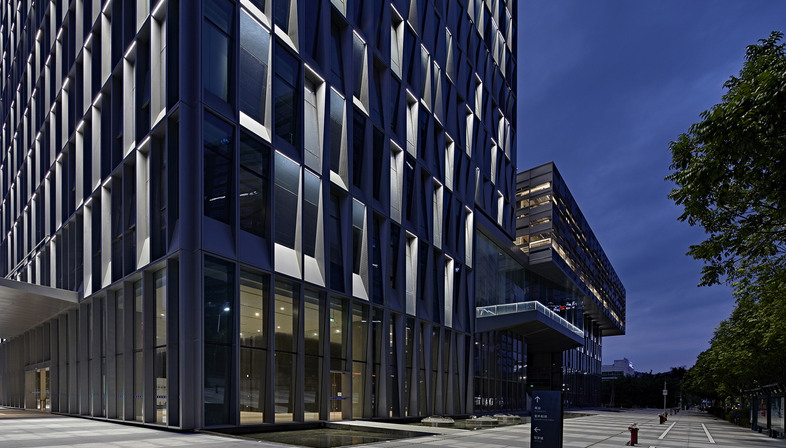 The tower created by Chinese architecture studio URBANUS ARCHITECTURE & DESIGN is very eye-catching thanks to the lighting project by GD-Lighting Design for architecture that reaches out and interacts due to the engaging use of light poetics.


A few years ago, China's Ministry of Housing and Urban-Rural Development set off a wave of construction when it rolled out its plans for 46 pilot smart cities. One of them, the Longgang District lies in the southern coastal city of Shenzhen, on the Pearl River Delta. Here, building development has focused on innovative technology to improve the lives of residents.
One of these developments is the Longgang Chuangtou Tower designed by the well-known Chinese firm URBANUS ARCHITECTURE & DESIGN.
The linear, uncluttered architectural volume does not feature over-the-top design solutions and elegantly fits into the urban context dominated by skyscrapers. Because the building's focal point lies in its lighting design, created by GD-Lighting Design, which makes light the real raw material and the key player in its composition, following in the footsteps of the great American master of architecture, Louis Kahn (1901-1974), who used light as a building material for his works.
The architecture is a container that captures light, just like a musical instrument captures music. Light needs a structure to show it off, exactly like a violin needs a sound box. The Longgang Chuangtou Tower by Urbanus has an open spatial structure, punctuated by deconstructed blocks which generate a rhythm that accentuates the role of light. Like the black and white keys pressed down and released on a piano, the building's facade expresses the concept of rhythm with cleverly framed openings that create an animated surface. This effect is amplified by the use of LED lights fitted into the frames of the openings to reveal and accentuate its structure and creating patterns of light and shade that change throughout the day.
In their approach, the team from GD-Lighting Design follow the principle that the essence of a building is space, and the essence of space is light. Their project is, therefore, an integral part of the architectural design, rather than just a pleasant addition. Their actions accentuate the constantly changing skin of the building by using different shades of light to enhance the solid features of the tower.
The GD-Lighting Design project for the Longgang Chuangtou Tower reinforces the perception of the architecture; the light and the structure come together and contrast in a way that highlights the formal language adopted by the architects and, as a result, it captures the building's soul and temperament. 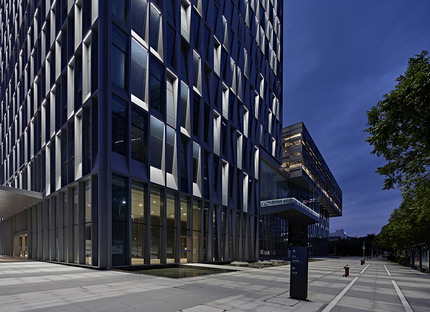 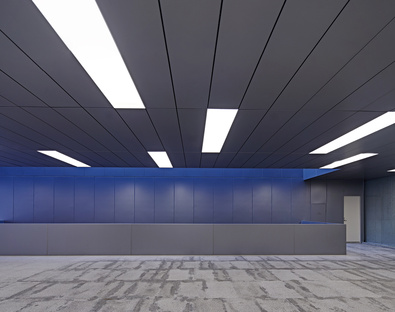 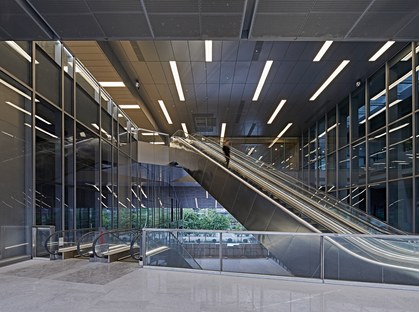 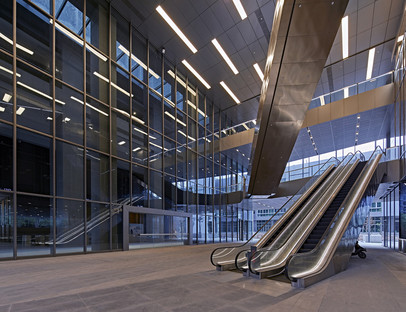 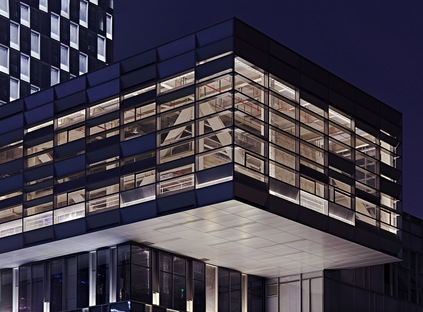 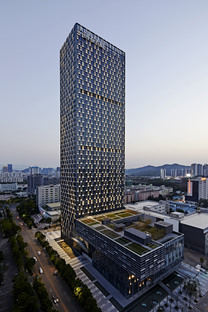 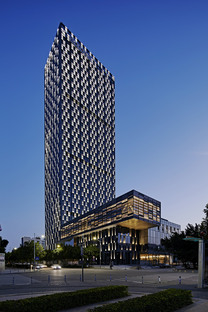 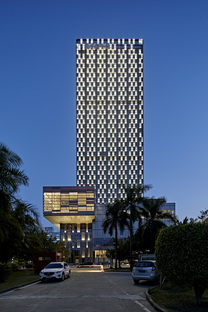 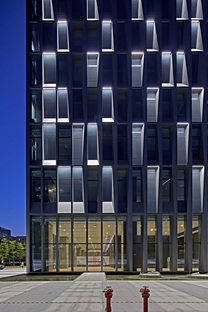 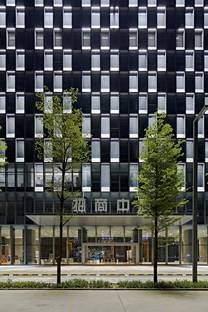 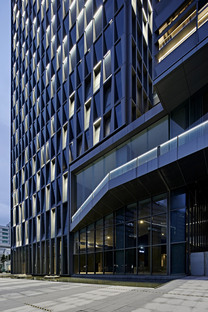 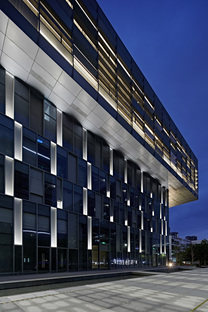 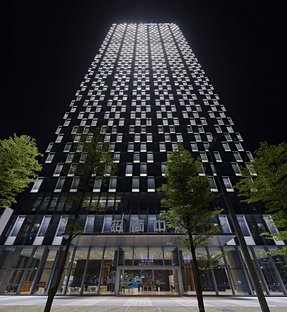