The Masquespacio creative agency has created the interior design of La Sastrería, a restaurant in Valencia, Spain. The venue responds to the dream of chef Sergio Giraldo and barista Cristóbal Bouchet to open their own restaurant, with the help of Grupo Gastroadicto. 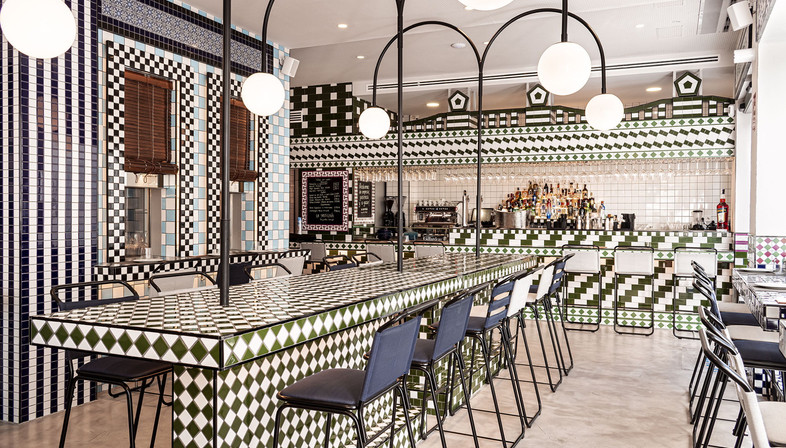 We are familiar with the creative genius of Masquespacio duo Ana Hernández and Christophe Penasse, who recently created the interior design of a new restaurant in the Canyamelar-Cabanyal district of Valencia. North of the Port of Valencia and just three kilometres from that city’s old town, the Barrio del Cabanyal-Canyamelar features lively architecture, whose styles range from historicist to modernist and later rationalist designs.
This context obviously influenced Masquespacio’s design choices in their response to the dream of chef Sergio Giraldo and barista Cristóbal Bouchet to open their own restaurant, La Sastrería, with the help of Grupo Gastroadictos.
The aim of the project, as in most of Masquespacio’s projects, was to give life to the aspirations of a group of young entrepreneurs, seeking to deliver a new culinary and sensorial experience in Valencia. La Sastrería is divided into three parts, focusing in particular on Sergio’s cooking as well as on a Mediterranean tradition that is still alive and well here - Tomar la Fresca - or getting some fresh air, when on sweltering days, neighbours take their kitchen chairs onto the street outside to socialize.
says Ana Hernández, creative director of Masquespacio. “We tried to recreate the habit of the neighbours in the interior, amongst others through the reinterpretation of the plastic chairs they are used to take from their homes to the streets.”
[sic] As is their wont, customizing the interior played a fundamental part in their approach to the project. Custom tiling echoes the neighbourhood’s facades. Lots of work went into the bar that looks like a façade in its own right, with its patterned tiling and ornaments. Here, your eyes are drawn to the selection of spirits that the barista Cristóbal will use to concoct his speciality cocktails.
On the other hand, the dining part of the restaurant focuses on Sergio’s culinary offer, featuring fish and seafood. In this area, sculptural ceramic pieces wrap the walls in the form of a wave, while floors are divided between blue and white ceramics to symbolize the point where the shore meets the sea. A canopy of suspended ornaments drapes over the open kitchen, and the chairs designed for this area are suggestive of the old fishing boats—an ode to fantasy that is replicated in the dishes proposed by the chef.
The storage areas behind the kitchen are positioned in such a way as to recall a fish market, further instilling the project with the idea of the main narrative of La Sastrería.
When it comes to the materials, the primary approach of the designers was to use tiles in two different ways: custom-made with prints designed by Masquespacio for the bar zone, alongside the handmade clay and ceramic tiles for the restaurant.
La Sastrería by Masquespacio is an excellent example of how it is possible to create a visually striking ambience in a venue without resorting to the banality of minimalism that so often characterizes trendy restaurants. Mediterranean warmth is typical of the Valencian lifestyle, and here it has been harnessed as a fundamental ingredient to set the mood of the space. 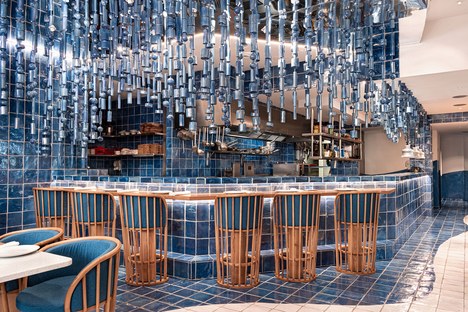 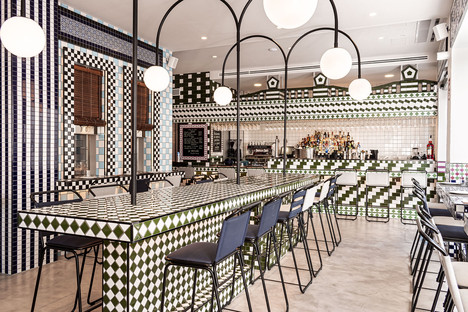 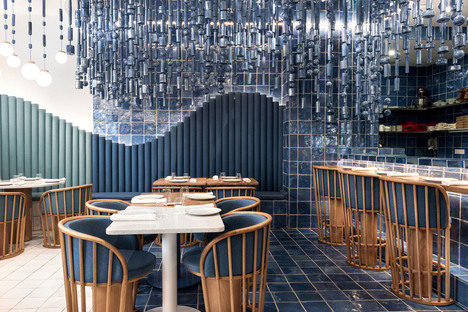 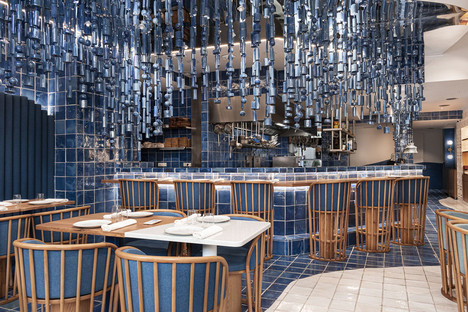 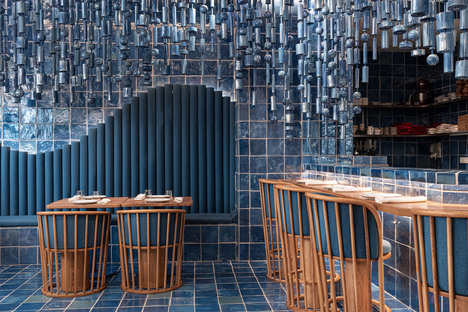 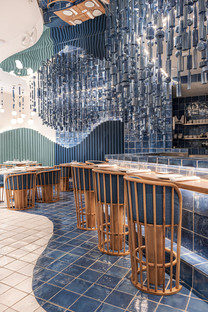 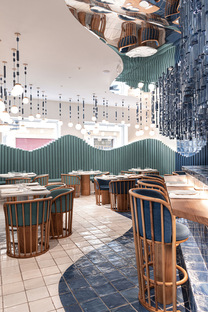 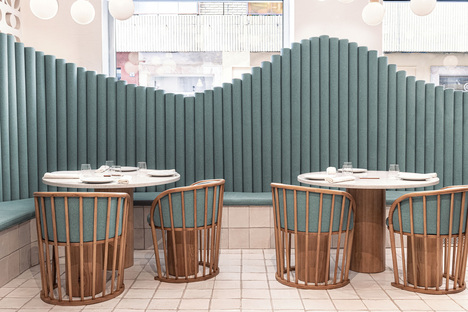 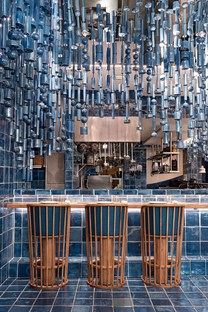 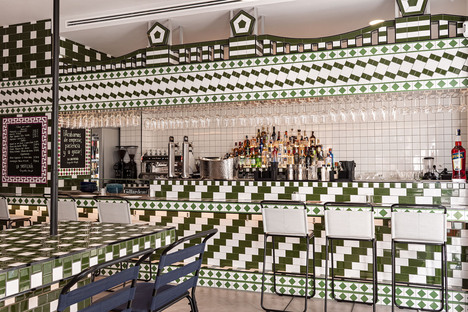 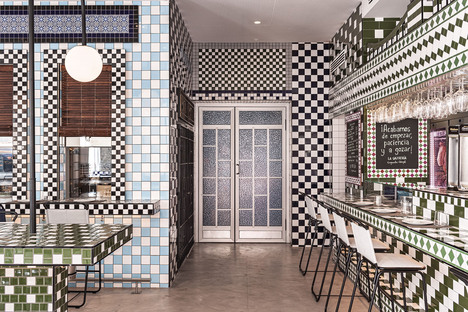 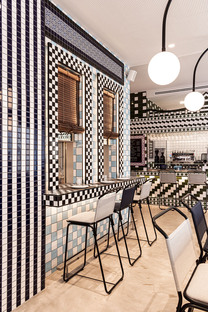 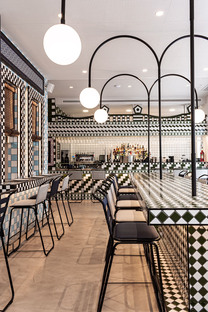 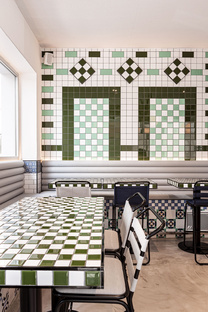 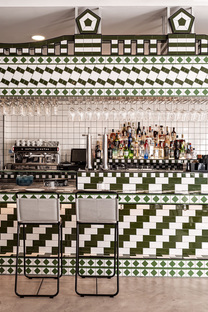