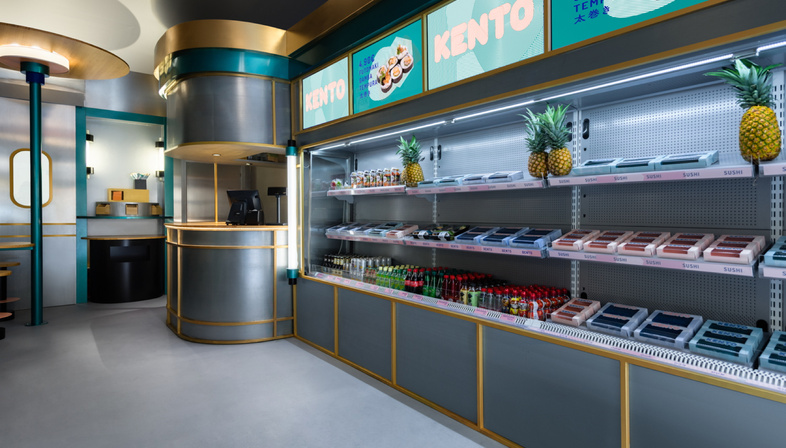 
The Masquespacio dprojects have always stood out for the approach of the two founders, interior designer Ana Milena Hernandéz Palacios and marketing expert, Christophe Penasse, who immediately blended the aspects of design and marketing.
A combination with a really striking impact, which is again repeated in the latest creation by the duo in Valencia: Kento is a sushi bar set up by Eduardo Hijlkema, a Valencia-based businessman who was searching for healthier lifestyle alternatives to share with others. Eduardo investigated Japanese cuisine, and in particular high-quality take-away sushi at reasonable prices, which lead to the idea of creating Kento.
He approached Masquespacio for the design, and for the food, he consulted with renowned chef and YouTuber Taka Sasaki, whose Spanish-language Japanese YouTube cooking channel - “cocinajaponesa” has more than 300,000 followers.
Ana Milena Hernandéz Palacios and Christophe Penasse designed a space that brings together Japanese elements like the minimal appearance and an overall oriental aesthetic, to keep it all flexible and open to future evolutions of the Kento venture. Therefore, on entering Kento you are greeted with a colour palette - bold grey, bright turquoise, millennial pink, an ochre kind of yellow - that we might say is emblematic for Masquespacio, and at the same time are also the colours you'd find in the oriental tradition.
The refrigerated display counter is the focal point of the spatial composition that, despite being designed as a takeaway, is also fitted out with custom-designed tables and stools, with matching lights, all in wood. With this touch, Masquespacio has given the extremely efficient, streamlined space of Kento a special warmth and welcome. It's exactly how we imagine Japanese sushi bar should be, but here there's also that nod to the playful, Mediterranean tradition which runs through all the work by the Valencia-based studio. 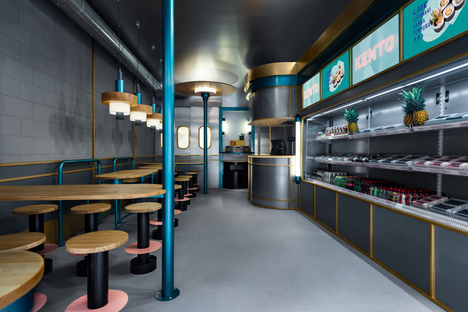 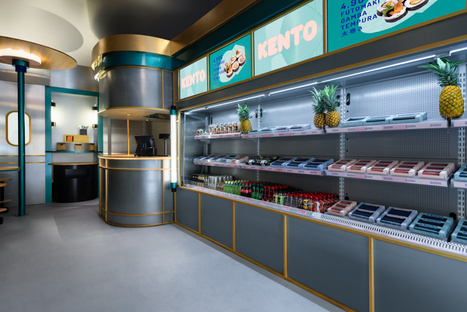 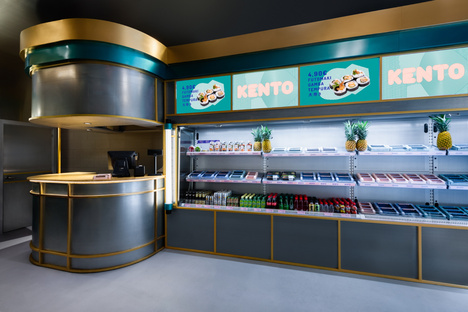 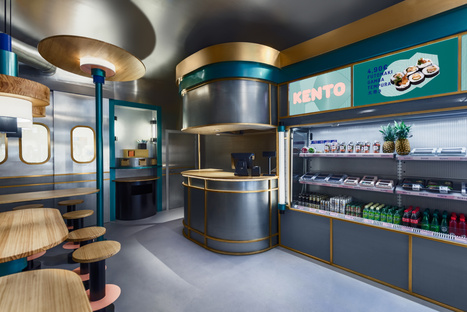 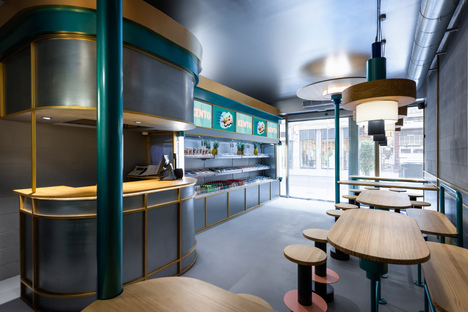 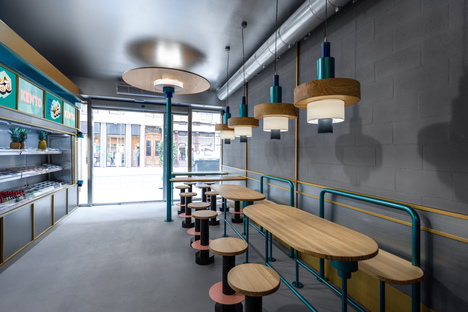 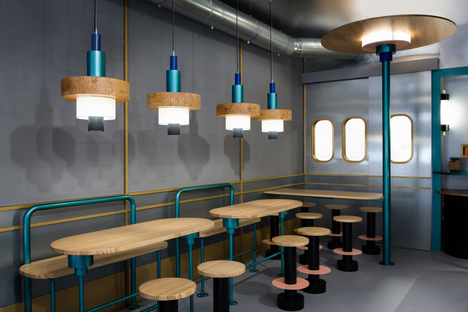 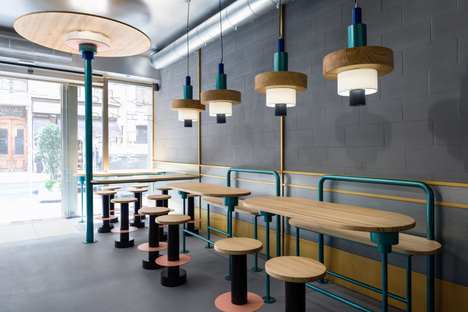