The architects from AR Design Studio have worked on an existing house in their hometown, Winchester in Hampshire. 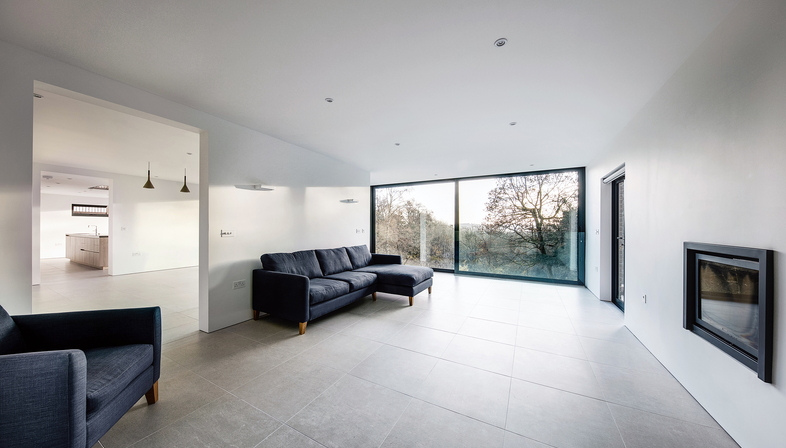 The architects from AR Design Studio have worked on an existing house in their hometown, Winchester in Hampshire. Their extension of a 1970s house is now a home that welcomes owners and guests with light-filled interiors that open onto the surrounding nature.

To paraphrase Proust's famous words, “The real voyage of discovery consists not in seeking new landscapes, but in having new eyes”, The Hill House, the latest project by AR Design Studio (link) could be described as “the real work of an architect consists not in building new houses, but in rethinking old ones and opening them up to the context”.
This is just what AR Design Studio did with a bare brick house built in the 1970s in a part of Winchester that offers exceptional views of the surrounding nature. The layout of the dark, old house was the same as when it was first built, and did not allow any real visual engagement with the exterior, which is what the clients wanted.
The Hill House by AR Design Studio was therefore redesigned - an elongated insertion was added, along with a new double height box for the entrance, both clad in fibre cement, defining the property with a bold and contemporary character. The new layout focuses on the central floor that hosts the kitchen, dining and living spaces, and has also been made wider to meet the client's brief for an entertaining area. The exterior wall was removed and a single expanse of sliding glazing was inserted to provide uninterrupted views while still protecting privacy because of how the house is oriented.
The interiors of The Hill House are streamlined and simple, at the same time encompassing clever touches, and the architects from AR Design Studio opted for a neutral palette, leaving the constantly changing play of shadows and light throughout the day and the seasons to decorate the surfaces.
Once again, AR Design Studio has come up with a highly delicate architectural response that embraces the existing building and focuses on the setting. 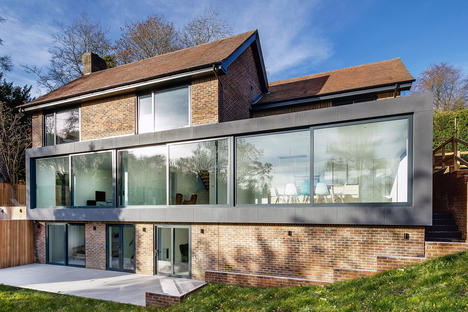 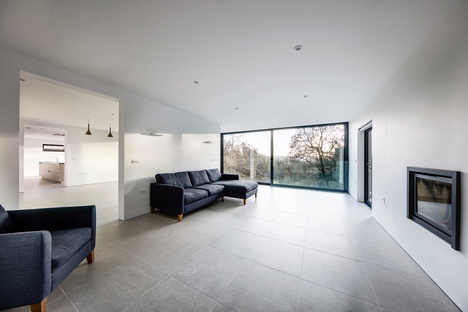 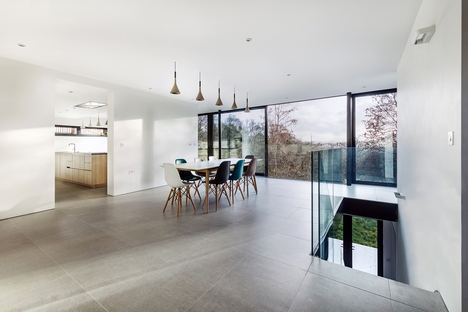 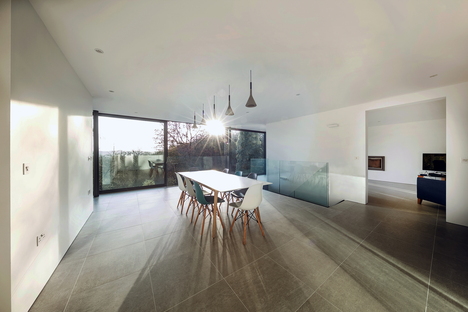 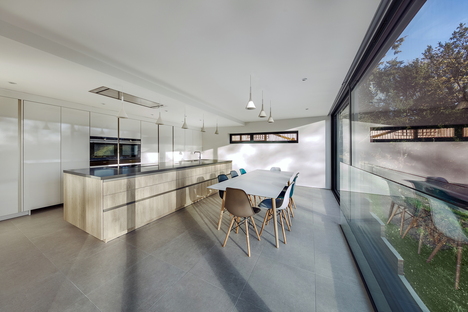 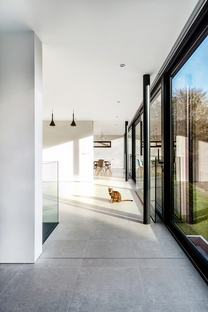 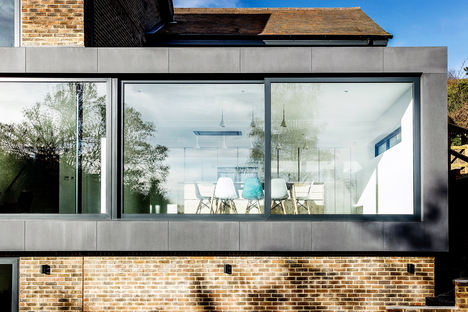 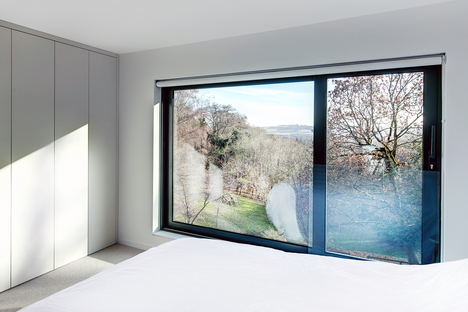 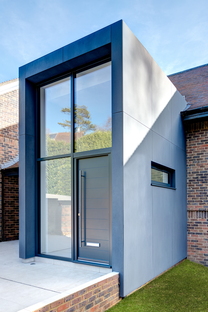 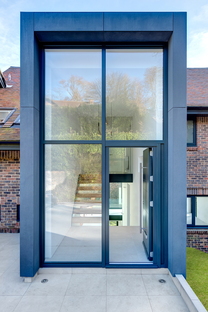