The Artist's House is the most recent project by the British architects of AR Design Studio in Winchester, Hampshire: an extension and renovation of a protected historical building of national importance. The project eliminated later additions and reconnected the various components of the house. 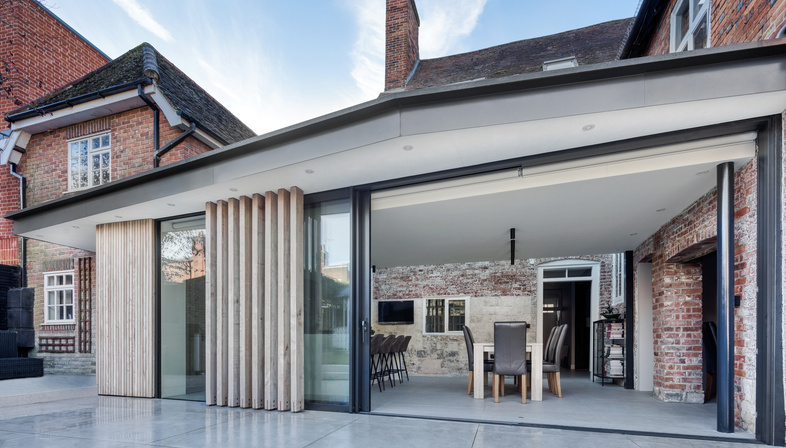 Reclamation of existing buildings is a recurrent theme on the pages of Floornature, as we are aware that this type of act is intrinsically sustainable, in that it eliminates the need for new construction materials, significantly improving the building’s ecological footprint. In The Artist’s House, the architects of AR Design Studio worked in their hometown of Winchester, Hamphsire, where some of their most iconic projects may be found.
The city of Winchester was originally built for military purposes by the Romans. A settlement in a valley, Winchester grew and developed as an administrative and ecclesiastical centre over the centuries, becoming one of England’s most beautiful cathedral cities with a vast protected architectural heritage.
The city is home to a Grade II listed house dating back to the 18th century which was used as a pub until 1903 and has now been renovated by AR Design Studio. The building’s different uses over the centuries had led to adaptations and additions which have gradually ended up masking most of the home’s original rear elevation. Following consultation with the city council and their conservation officers, the architects proposed an approach permitting elimination of the later additions, replaced with a new lightweight element serving as a catalyst for contemporary use in line with the client’s requirements.
The architects opted to clearly separate the new extension from the original rear wall of the home, a decision that allowed them to create a full width rooflight bridging the gap between the home and the addition, letting in daylight and revealing the original wall while ensuring a clear distinction between the new and the old. Beneath the elegant roof connecting the different wings of the home is a 38 square metre extension housing the new kitchen and the annexed dining room. Full-height glazing opens the space onto a new patio and the garden beyond.
As usual, AR Design Studio chose the palette of materials used in The Artist’s House carefully to ensure equilibrium with the original textures in the home, using wood, aluminium strips and a light grey tile with a muted visual impact. These pale elements are carried between the indoor and outdoor spaces, keeping the number of materials to a minimum and allowing a seamless transition between inside and outside.
To prevent “clashes in different materials”, several layers of paint have been removed from the original red brick and stone walls to restore the appearance of the full two-storey wall and enable it to form the backdrop of the extension.
This carefully considered addition breathes new life into the historic home. AR Design Studio reconnects previously disjointed elements of the house and its garden. While respecting and enhancing its historic heritage, the architects have created new spaces for modern living, skilfully combining the old and the new to create a pleasing stylistic tension. 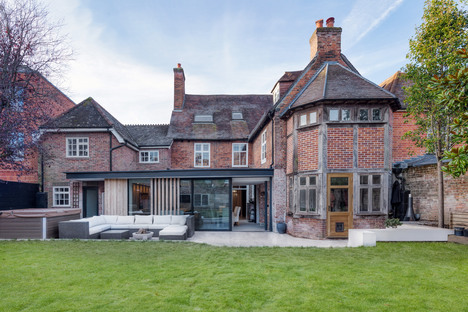 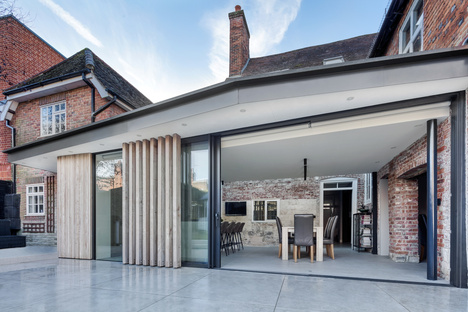 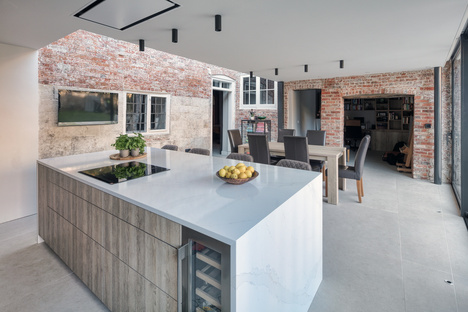 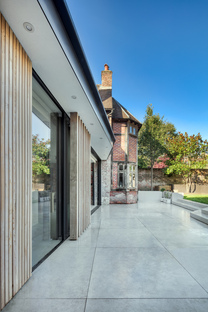 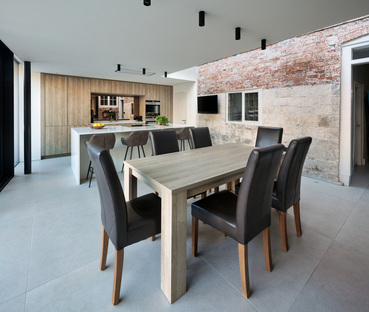 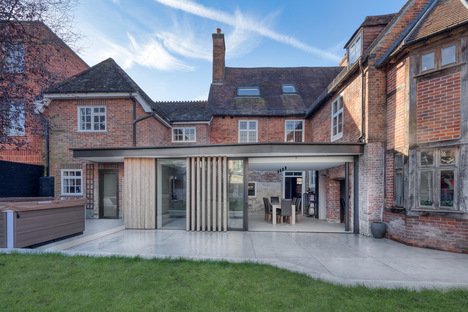 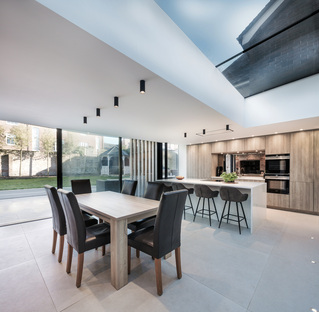 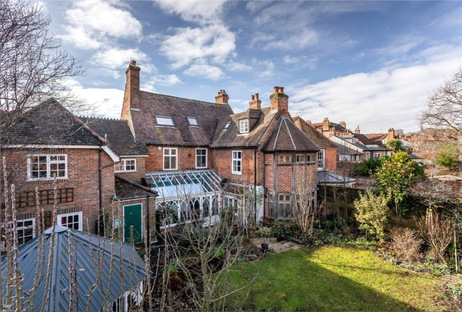