The Argentine studio Hitzig Militello Arquitectos was commissioned for a project in one of their first projects in Buenos Aires, the Victoria Brown. 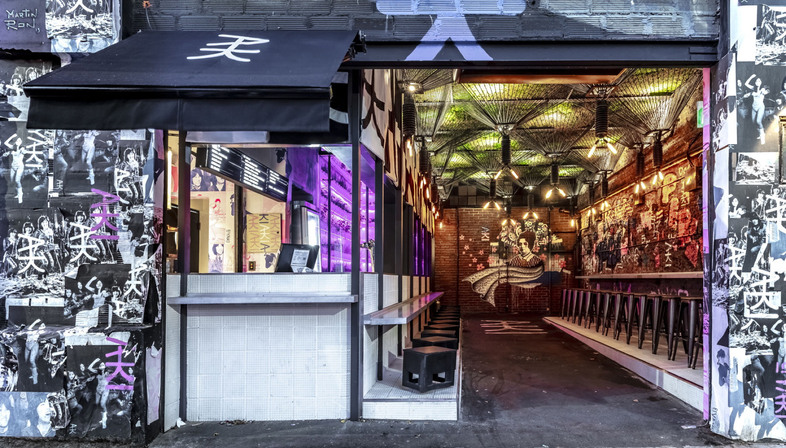 The Argentine studio Hitzig Militello Arquitectos was commissioned for a project in one of their first projects in Buenos Aires, the Victoria Brown. Here, the architects have crafted an environment with a Japanese kind of charm, confirming their talent for architectural storytelling.


One of the first projects by the Argentine studio Hitzig Militello Arquitectos that we published on the Floornature portal was the Victoria Brown bar (link), described as a fusion of “industrial punk” and “contemporary chic” and located in an old bare brick warehouse in a central neighbourhood of Buenos Aires.
The work of Hitzig Militello Arquitectos is characterised by architectural storytelling - in keeping with the principles of Visual Marketing - and they create images and atmospheres that go well beyond a simple architectural space. They have pursued this line here too and have crafted a new venue without detracting from the strong identity of Victoria Brown.
Elyaki, as the name suggests, is a Japanese restaurant that serves traditional yakitori, a kind of Japanese street food of skewered meat cooked over a grill. To fit it into the existing backdrop of the neighbourhood's post-industrial setting, the architects decided to propose the aesthetic of Tokyo's alleys, where most street food vendors can be found. They then took their cue from the exposed brickwork of the existing building, embellished with urban graffiti.
The feeling that you're actually in a narrow alleyway in Tokyo is underscored further by the visual pollution created by electric wires running along the walls, a reinterpretation of the light transformers that are turned into a kind of artwork, breaking up the symmetry of the interior. The indoor area is modulated by bars with suspended drawers and flags, in a direct reference to the street food stalls. The many plants in the hydroponic garden that is shared by both the Elyaki restaurant and the Victoria Brown bar also emphasise that feeling of being outdoors rather than in a closed interior. The fuchsia and electric blue colours are an integral part of the restaurant's identity, clearly influenced by the typical neon feel of Tokyo. The branding team crafted a logo formed of a set of rotating figures that simulate the Kanji alphabet, under the simple name of elyaki, a popular expression for yakitori dishes.
The presence of the Japanese sacred masks on the walls, bespoke painted with the colours of the Visual Identity of Elyaki, complete the venue's architectural storytelling.
With Elyaki, the team from Hitzig Militello Arquitectos confirms once again their talent for creating unique atmospheres for spaces dedicated to hospitality. When you step into this restaurant, you're not just going to taste a typically traditional Japanese dish, you will be treated to an immersive experience that is so much more than just dining. 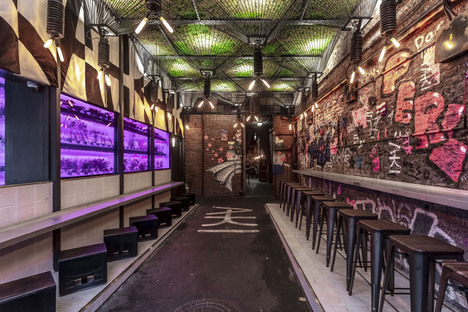 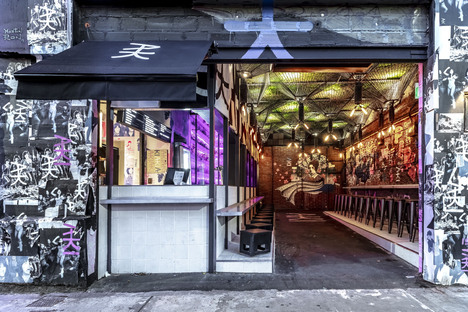 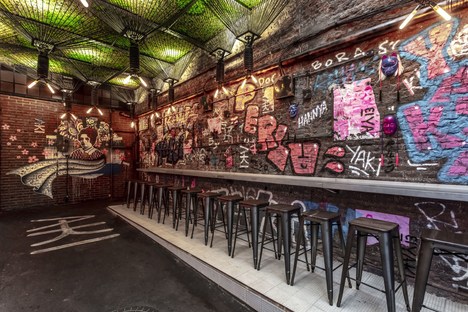 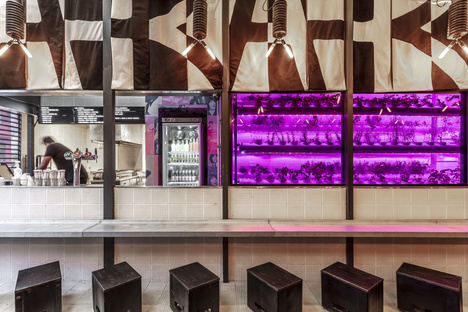 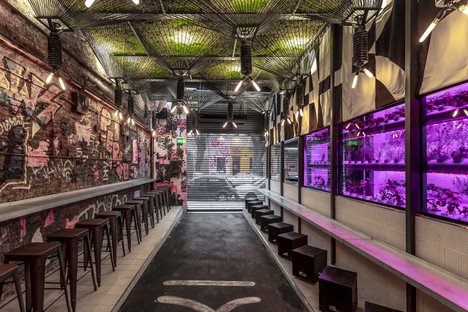 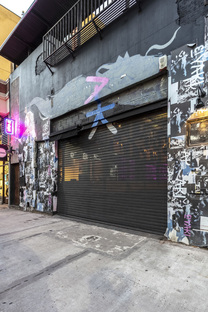 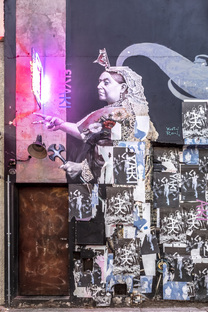 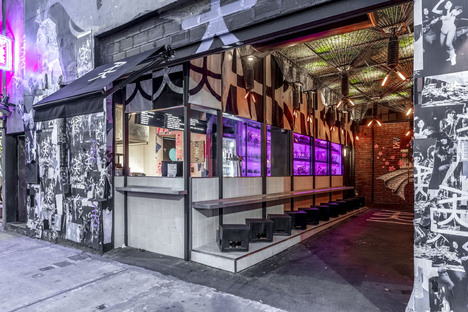 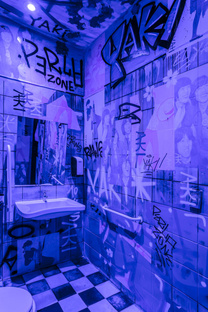 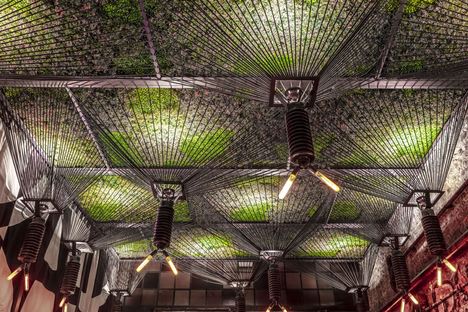 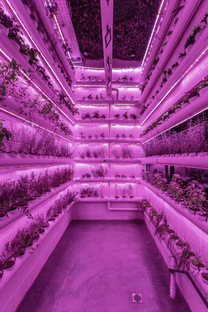 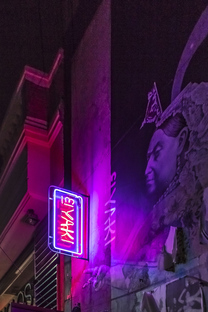