The studio Hitzig Millitello Arquitectos has completed the first of a series of new bars for the Argentine brewery Quilmes in Buenos Aires. 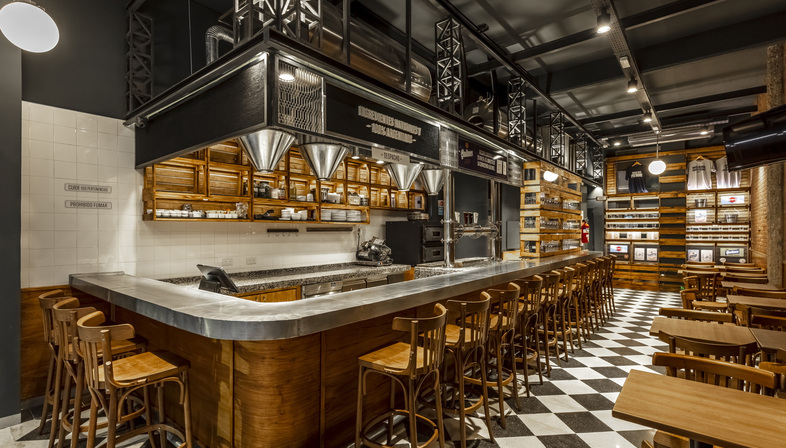 The studio Hitzig Millitello Arquitectos has completed the first of a series of new bars for the Argentine brewery Quilmes in Buenos Aires. A spatial transposition of the brewery’s philosophy and a brilliant example of architectural storytelling - the studio’s trademark.


When architects design for big name brands, their work is often particularly tough because they have to stick with the company’s branding, matching it with the logistical and construction requirements of the site and the context the architecture is part of.
This was the case for Fernando Hitzig and Leonardo Militello of Hitzig Militello Arquitectos when they were commissioned by Argentina’s biggest beer maker, the Quilmes brewery. Quilmes is the name of a city in the province of Buenos Aires where the brewery was founded by the German immigrant Otto Bemberg in 1888. The brewery made its first beer in 1890 and now Quilmes holds about 80% of the Argentine beer market.
Based on the brewery’s slogan, “Proud of what is ours”, the architects shaped the visual and architectural identity of the “El Clásico” bar in Esmeralda, in Buenos Aires centre, on a partially pedestrian street for quite a few years now and very popular. This is the first bar of Quilmes, aimed at expanding the experience that the brewery offers in its Parque Cervecero - beer park - in Quilmes.
Hitzig Militello Arquitectos didn’t just replicate the classic overview of styles used in the traditional shops and cellars in the capital of Argentina. They did their research and explored everything about the brand to come up with a customised narrative that fits in with the client’s ethos. So, the real stars of these standout interiors in the bar are the history of Quilmes, details of its production and its historical advertising, its beer, its equipment. The architects put together a composition that gets your emotional buds buzzing, a real experience that didn’t eat into the project’s overall budget.  Actually, a lot of the charm of this place lies in the common, simple materials and in that industrial feel created by the steel pipework and galvanized sheet metal details in addition to the wood treated with tar to give it a weathered finish. And the lighting skilfully brings out the light and dark contrasts of the venue.
El Clásico stands out for its constructive and communicative consistency, where, to emphasise the atmosphere and the emotional charge of the architectural space, selected a range of elements that suited just that purpose. These include the typical grain silos, the vintage advertising posters and even the old beer crates that stand proudly alongside the bar’s beer kegs.
The visual impact of this new bar - that takes advantage of one of the many buildings that already existed on this high street - is underscored by the layout of the interior that opens onto the street. The glass doors fold back completely so passers-by are encouraged to go inside, it’s almost like a street stall, and suggestion from the client.
With El Clásico, the team from Hitzig Militello Arquitectos again confirms their respect for the social and cultural context and for the history of their client without falling into the common trap of nostalgia and mundane historical references. Basically, this is a #placetobe where you drink a cold beer after work, dine on traditional food with friends or just drop in for a quick one on your way out, all surrounded by a sophisticated but casual, eclectic but balanced atmosphere that, most importantly, is the real Argentinean deal! 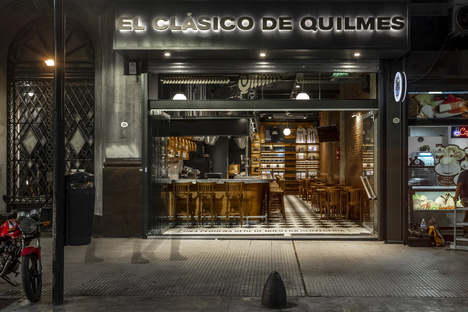 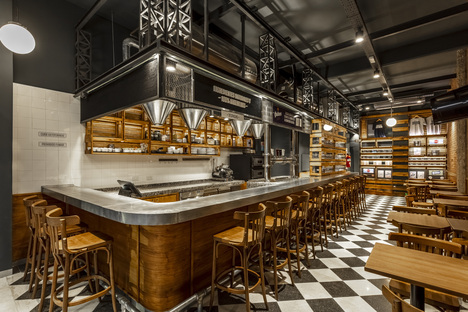 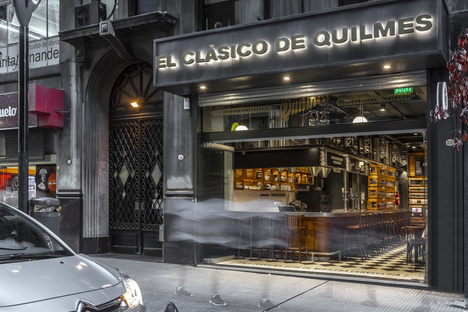 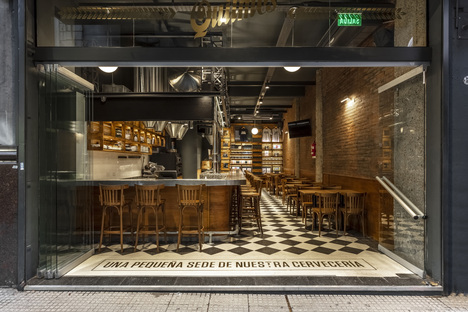 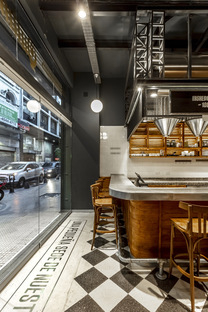 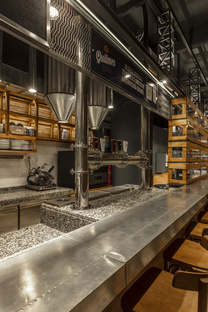 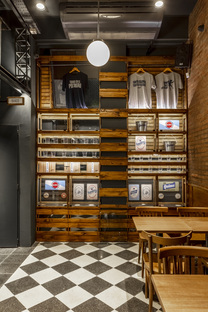 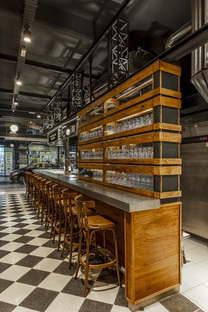 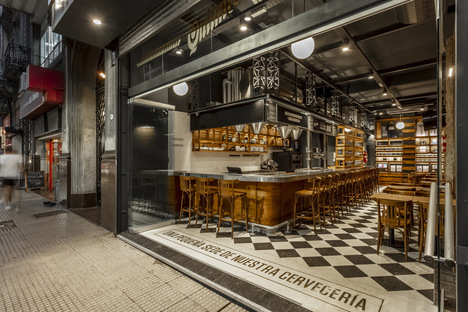 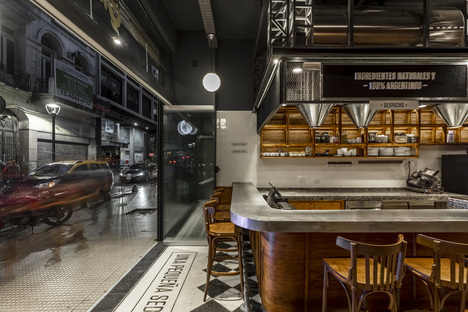 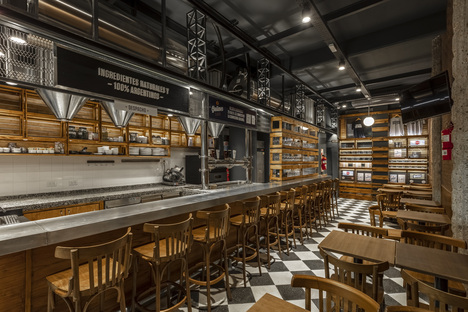