Hitzig Militello Arquitectos has designed “Malita”, located smack in the centre of the Palermo district in Buenos Aires, Argentina. The venue is an extension of an existing pub and the architecture firm led by Fernando Hitzig and Leonardo Militello have crafted an interior that is reminiscent of the American Diner with a contemporary language that flirts with the imagery of films. 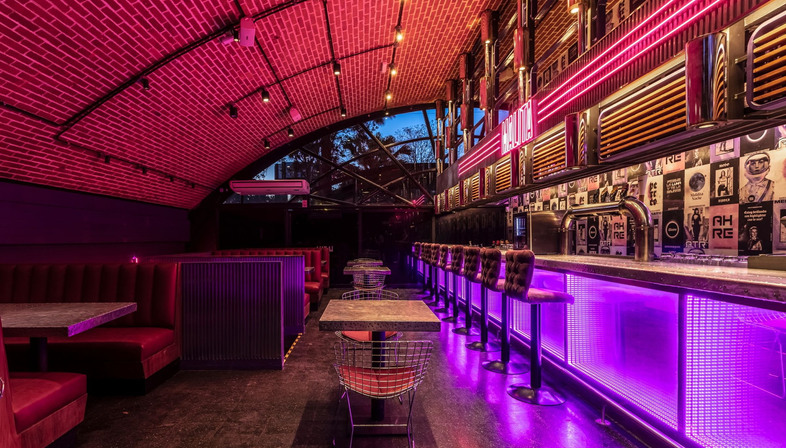 The Mala Pub is one of the hottest venues of the buzzing nightlife in the very heart of the Palermo district of Buenos Aires. It’s such a popular venue that only a few months after opening, it was obvious to everyone that it needed to expand. So Hitzig Militello Arquitectos was called in to design an extra space, called “Malita” - little Mala. The Argentinean studio - known to our readers for their projects that always end up creating a unique ambience - owe their professional success for the most part to the storytelling they use to infuse their creations with a standout, eye-catching atmosphere.
This time, the team headed by Fernando Hitzig and Leonardo Militello made reference to the imagery of the American diner. Not unlike English pubs, the humble diner is a cornerstone of American life. Little wonder then that they appear in so many movie genres - from classics to cult, from comedies and even to our favourite Rom-Coms. Who could forget the Frosty Palace in Grease or Jack Rabbit Slims in Pulp Fiction? These places have acted as the backdrop for some of the most famous scenes in the history of moviemaking.
Here, the architects opted for a “millennial” version of the diner of Tarantino memory, drenching it in the hues of pink and purple. Colours tied to girl power, the slogan coined in the 1990s that encourages and celebrates the empowerment, independence, confidence and strength of young women.
The 90-square-metre interiors of Malita feature the typical bare brick arched ceilings of the existing architecture they have been inserted into - formerly abandoned railway sheds known as Distrito Los Arcos. This whole zone is now known for its massive retail and night-life scene with post-industrial charm, connected to the green expanse of Parco Tres de Febrero. The perfect backdrop for the interior design proposed by the architects, with metal details like the motorbike exhaust pipes that also pop up as the light stands in the large, 136-square-metre outdoor dining area. Inside, the metal frames with wooden grilles are reminiscent of classic American shutters. They go perfectly with the neon lettering - pink, of course - in refreshing contrast with the brickwork dominating the structure.  Behind the bar, a series of black and white posters that are clear references to film imagery with some glimpses of a more “cosmic” aesthetic enrich the interior and complete the storytelling.
Despite the neon-lit areas at the entrance speaking of “malas intenciones”, Malita stems from the architects best intentions to create a venue where you can spend an evening that doubles as a unique experience, where guests can even feel as if they’re part of a film. And who knows what might happen if the DJ plays Chuck Berry’s "You Never Can Tell” - Mia Wallace and Vincent Vega might be in the area. 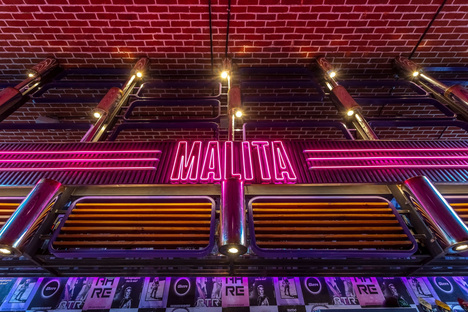 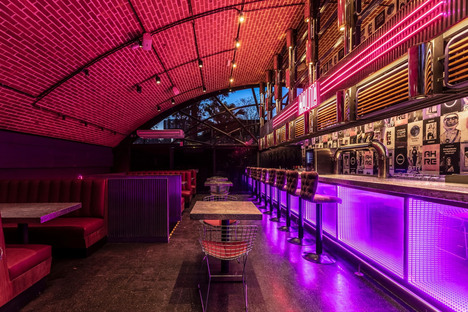 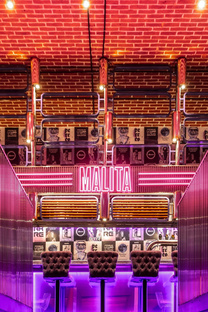 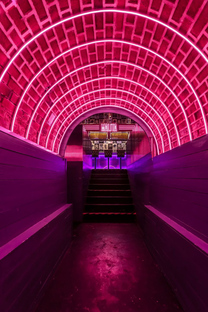 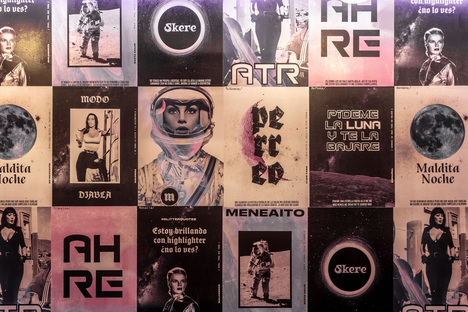 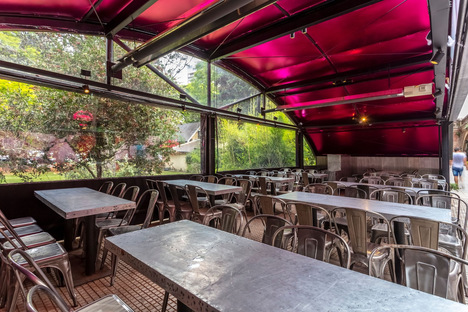 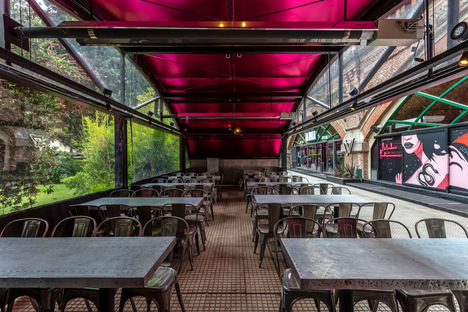 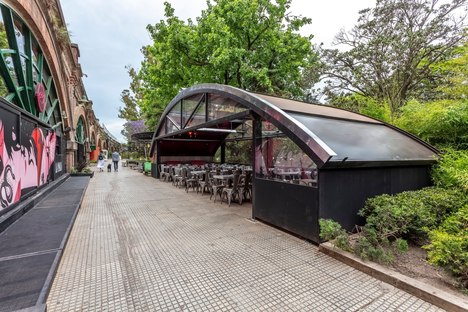 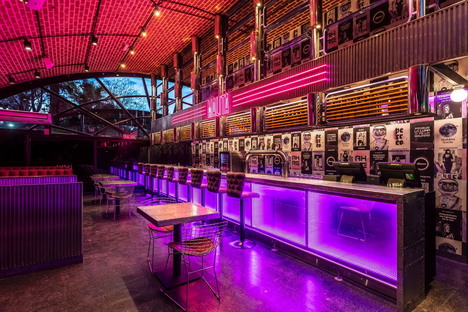