Until September 16, 2012 a big contemporary art exhibition, dOCUMENTA(13), awaits visitors to Kassel, Germany. In addition to the classic exhibition spaces of previous editions, the fair expands into new spaces including the old central railway station and a former hospital, inviting spectators to reconsider their ideas about the context of art today.

The Fridericianum, Neue Gallerie and documenta-Halle as well as the museum of the Orangerie across from Karlsaue Park (see LINK), Ottoneum natural history museum and unusual spaces such as the railway station or the buildings at Oberste Gasse 4 and the Untere Karlsstraße all feature artworks addressing the theme of the exhibition, “Collapse and Recovery”.

The exhibition includes very diverse works, such as the installation Leaves of Grass by Geoffrey Farmer positioning cut-outs of people and products from “Life” magazine on leaves of grass so that they change and decay naturally during the 100 days of the exhibition.

Yan Lei’s Limited Art Project proposes another kind of cut-out: for 360 days the artist saved images from the web and had them painted. Fragments of the history of our imagery, filling up a true Wunderkammer. 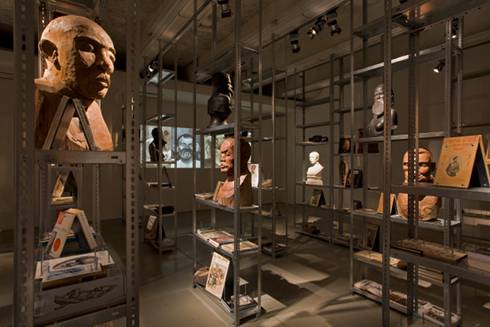 Attia Kader’s The Repair includes African repair techniques which do not conceal disfigured human faces, accompanied by books and “trench art” from World War I.

Faces are also the theme of the work Faces and Phases by South African artist and activist Zanele Muholi.

Of what is, that is; of what is not, that is not, a 5x17 m carpet by Goshka Macugas, is based on a digital collage and sets a semi-fictitious scene against the ruins of Darul Aman palace in Kabul. A similar carpet showing a scene in Kassel is on exhibit at the same time in Kabul, another location for dOCUMENTA(13).
Experience this and much more at this unique event open until September 16, 2012. 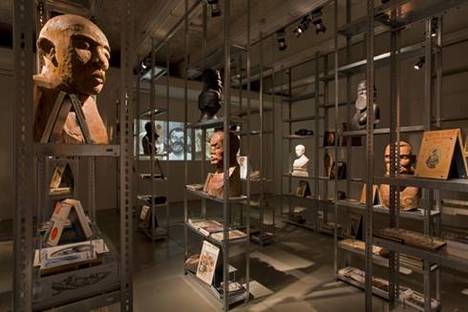 dOCUMENTA(13). Places for representing the condition of the artist today.