dOCUMENTA(13). Places for representing the condition of the artist today.

The big contemporary art exhibition dOCUMENTA(13) which brings art fans to the German city of Kassel every 5 years is open until September 16.

The thirteenth documenta adds new locations to the event’s classic main exhibition sites, helping visitors discover spaces representing different realities with references to the local conditions of people who do art today: on the stage, under siege, in hope, in retreat. 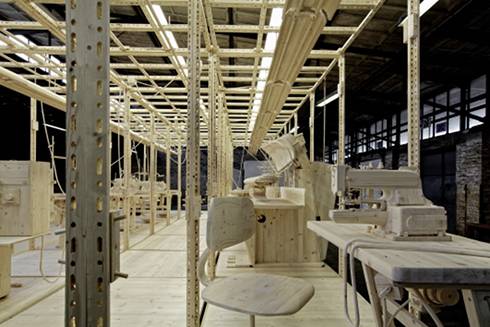 The old central railway station in Kassel, used only for regional traffic in the past twenty years but an important artefact of 20th century history, has now become an exhibition space.

The big spaces of the northern wing host interesting installations such as The Refusal of Time by South African artist William Kentridge or Approaching: Choreography Engineered in Never-Past Tense by Haegue Yang of South Korea.

At Untere Karlsstraße 14, an unused warehouse which was to contain a mosque, never built, visitors are offered an opportunity to experience the condition of the artist “in retreat”, as Lebanese artist Walid Raad addresses the intangible effects of the material destruction of war on culture and traditions.

The former hospital at Oberste Gasse 4 has its own unusual history, dating back as far back as 1297. The tour begins in the kitchens, where a sound installation accompanied by text on the white ceramic tiles by Abul Qasem Foushanji and other works by young Afghan men and women address their country’s troubled present. The evocative space also exhibits the results of art seminars held in Kabul.
Particularly intense exhibits include Zalmai’s photographs portraying reuse of war materials in everyday life and video artist Lida Abdul’s film What we have overlooked. 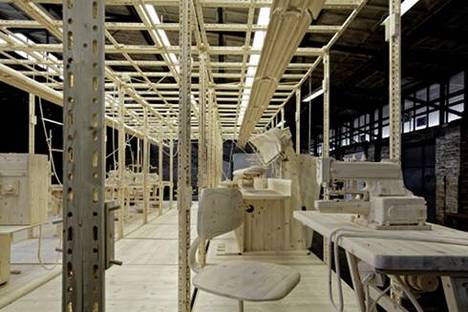