Clayton Korte (formerly Clayton & Little) of Austin/San Antonio, Texas has converted a 1963 building to house two design studios: its own and that of the Word + Carr Design Group, a landscape architecture studio. The project incarnates Clayton Korte’s commitment to interdisciplinary collaboration and fostering discourse in the design community. 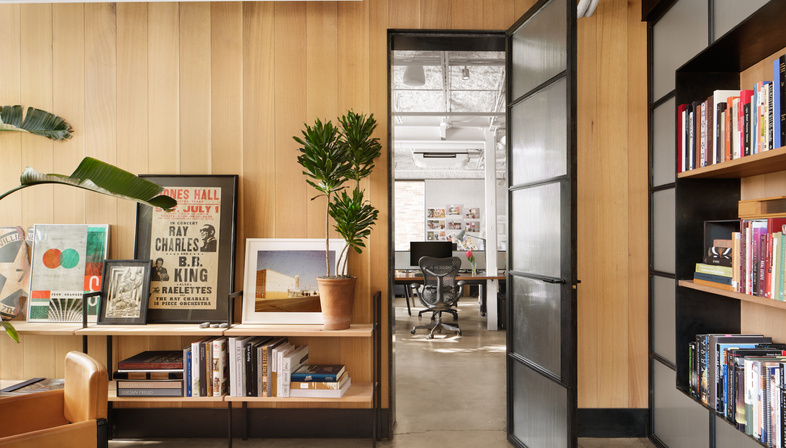 When an architectural studio designs its own office, the project is about more than architecture: it’s an opportunity to express the studio’s philosophy. This is what makes the offices of Clayton Korte (formerly Clayton & Little) in Austin, Texas so interesting. The 1963 building they worked on was originally an office building with a steel frame and brick walls. Located on North Lamar Boulevard, just north of downtown Austin and across from Pease Park, the two-storey building measuring almost 1000 square metres contained a series of dreary, dark offices. Clayton Korte jumped at the chance to acquire it, even though the building clearly required a lot of work, recognising the potential of these raw spaces for sharing with a landscape architecture studio that embraces the same philosophy: Word + Carr Design Group. In this way, an open environment is created which symbolically and physically blurs the boundaries between the two creative studios, reinforcing their shared values.
Following stabilisation of the sloping lot with sixty-five structural piers, the interior of the building was gutted, leaving an empty shell into which a minimal set of spaces was introduced. The existing small perimeter windows, typical of the ’60s, were enlarged and even doubled in size to let more daylight into the building and increase interaction with its surroundings while offering beautiful views over adjacent Pease Park.
The perimeter walls were cleaned, covered and lined with industrial felt, virtually transforming every wall into a pin-up wall encouraging collaborative design exchanges. The few private offices in the building are positioned toward its corners, creating an open-space floor plan with plenty of space between workstations.
The old internal staircase was removed and replaced by a dramatic new wood-wrapped stairway with a steel stringer, exposed welded joints and post oak treads. The oiled planks of a post oak, harvested following a severe drought in 2011, also wraps around a part of the stairway.
The ceilings and floors are left raw, with a layer of white insulation left visible on the ceiling and glossy concrete on the floor. Simple semi-sheer curtains modulate the sunlight coming in through the big windows, while the custom steel internal doors were made in-house. The interior also includes a kitchen and support areas designed to be shared by all tenants, further promoting interaction between the two studios sharing the single space.
Clayton Korte completed the conversion with a new glass and steel facade, while the brick on the outside is lime-washed, a simple, durable finish traditionally used in the area.
In short, Design Office is actually much more than an office, as it also includes an art exhibition space and serves as a forum for design, a place of creative exchange that reactivates an existing building with new polish and new life. 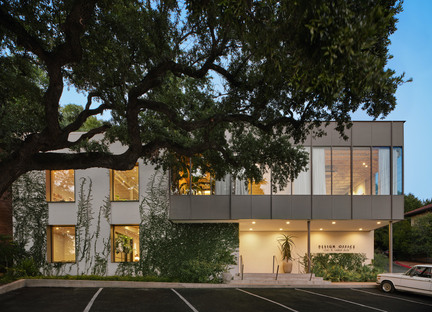 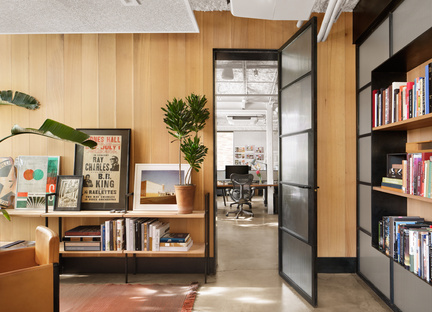 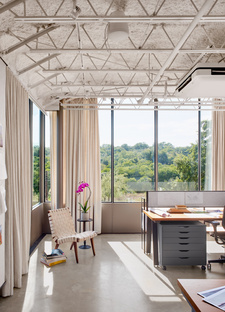 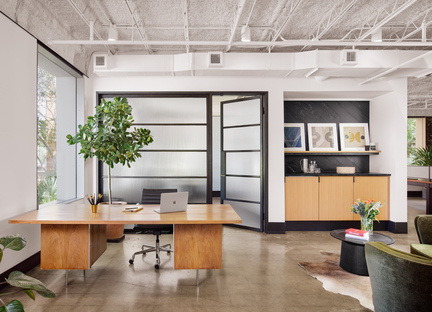 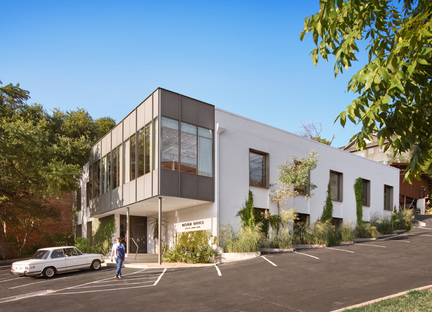 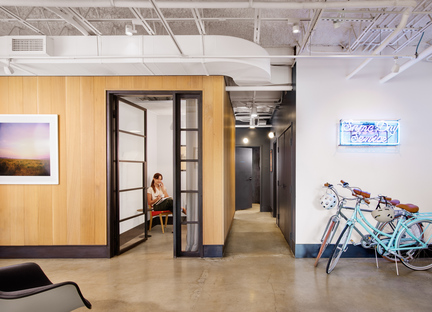 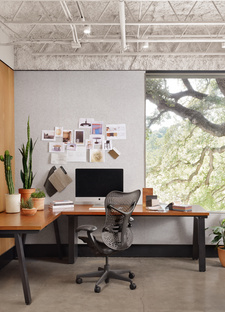 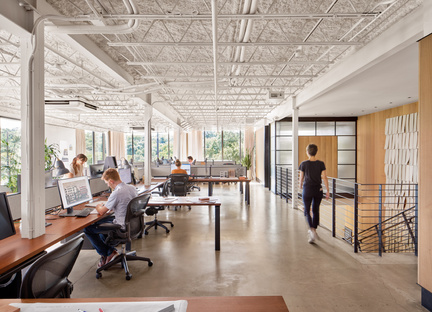 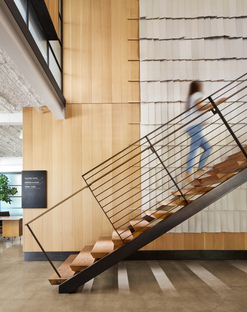 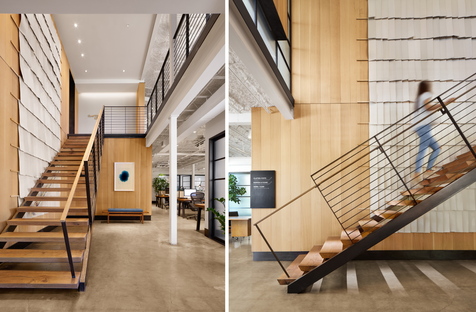