Balcones Residence is a house in Austin, Texas originally designed by the modernist architect Roland Roessner, professor at the University of Texas during the latter half of the 1900s. The architects from local firm Clayton & Little completed a sensitive renovation that improves the environmental performance of this jewel of modernism, retaining as much of the home’s original character as possible. 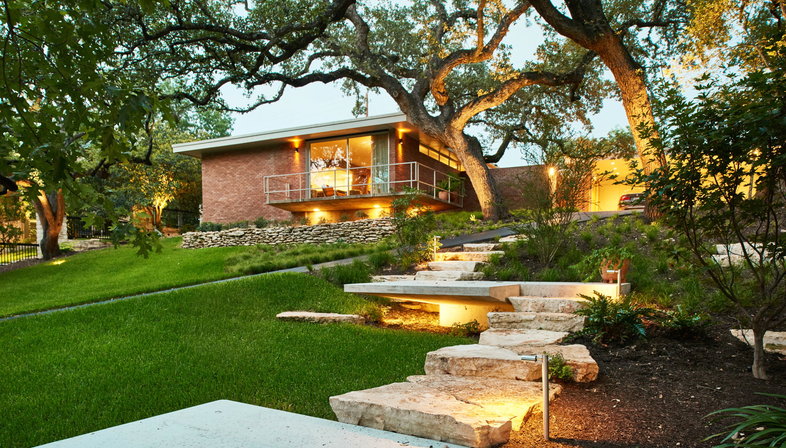 The American architect Roland Roessner was a professor in The University of Texas at Austin School of Architecture (1948-1982) and combined his teaching with a vibrant career as a practising architect The houses he designed in Austin were not flashy but they are notable for their clean lines, simple forms and humble, affordable materials; one of these is the Balcones Residence. The two-bedroom, 165-square-metre house was built in the 1950s and is named after the street it stands on - Balcones Drive. The new owners hired local firm Clayton & Little to oversee a sensitive renovation of this modern-style gem to bring it up to the new standards of sustainability and to meet the family’s needs. At the same time, they kept the site’s original character and maintained the prominence of the historical building.
The Clayton & Little architects modified the entrance to the Balcones Residence, adding brick walls to form an open-air garden, which establishes a more formal entry sequence. On the north elevation, the team added a boxy volume that contains an office and utility room. In the family room and living room, clerestory windows were added – a feature that was part of Roessner’s original design.
Major changes were made to the kitchen, which had not been overhauled since the home was built. To create a more open public zone, the team removed a unit that served as both a space divider and a structural component. A new steel beam and column were installed to make up for the loss of the load-bearing unit. Other new elements in the kitchen include honed-quartzite countertops, white cabinetry and cork flooring. Original features such as wood panelling and a pass-through window between the kitchen and dining room were retained. The cantilevered front porch and railing were restored, as was the original dry-stacked limestone wall below.  Clayton & Little even notched the roof overhang to accommodate a heritage live oak.
The two bedrooms were combined to create a single master suite. One side of the room is wrapped in warm mahogany, while the other features a large window that overlooks the courtyard. Just across that courtyard, the team built a new guesthouse for the owners' children and their growing families.  Connected to the main house by a covered walkway, this small ‘casita’ contains two bedrooms, a bathroom and a bar area.
To improve the home’s energy performance, the team retrofitted the building envelope by installing new insulation and double-glazed windows. Photovoltaic panels producing sustainable energy were added above the carport and guesthouse. The decision to protect, salvage and reuse as much original material as possible for Balcones Residence was fundamental for the architects, who - together with the clients - were bent on respecting Roessner’s modernist design while adapting it to the needs of the new millennium. 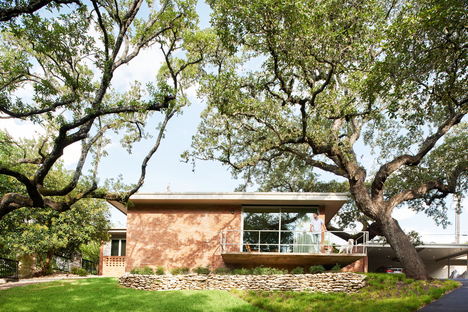 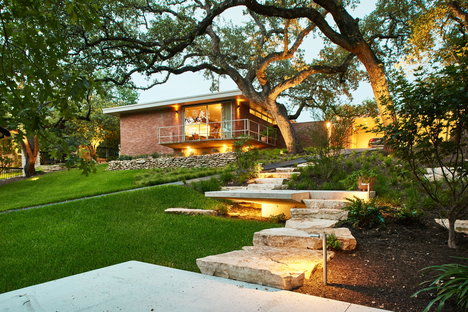 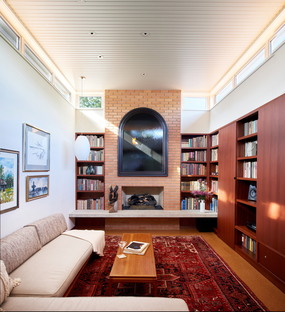 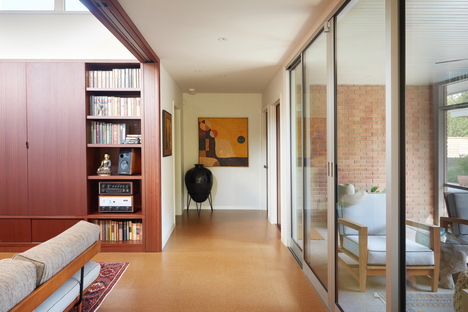 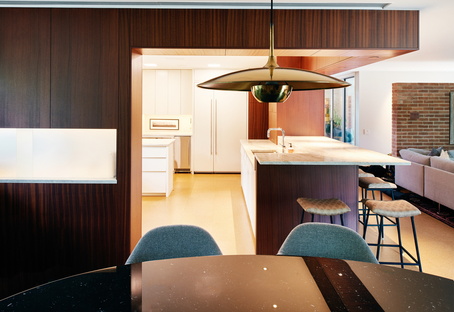 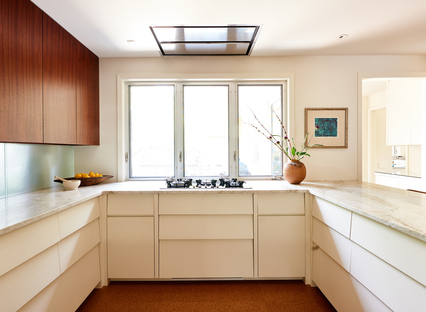 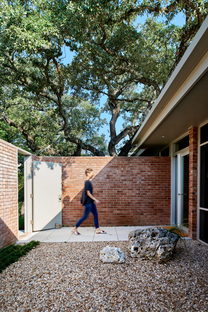 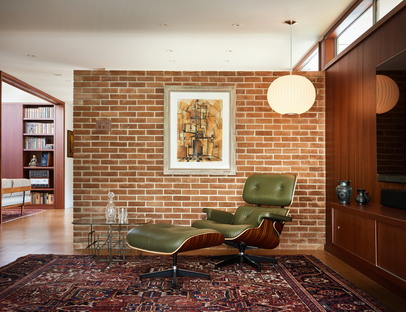 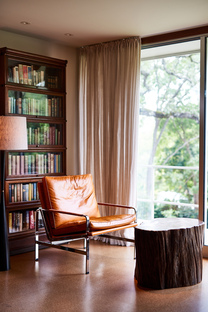 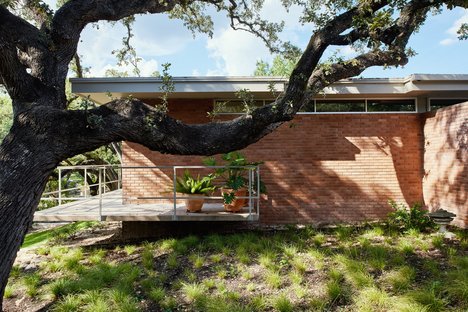 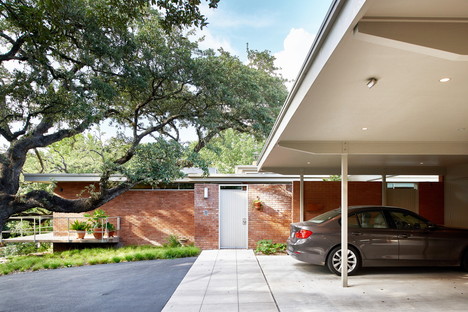