The Best of Livegreenblog marking the end of the year 2021 must of course include coverage of commercial spaces, as showrooms offer architects a unique opportunity to experiment with new formal idioms and exercise their architectural storytelling skills. All with a nod to sustainability and the circular economy. 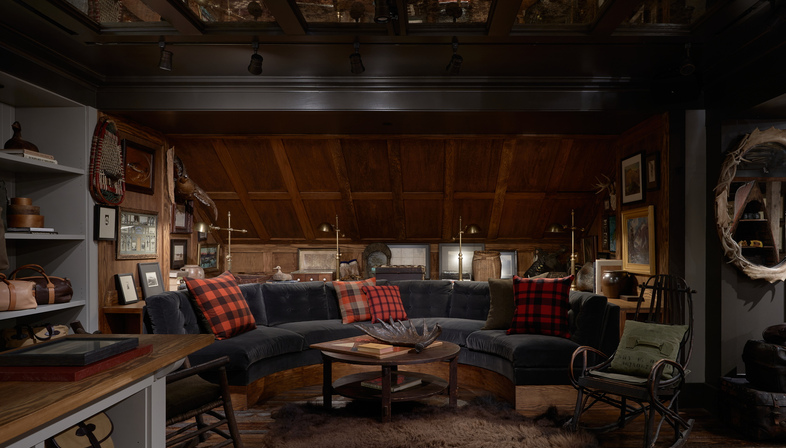 As we all know, in the age of the internet and online purchases, the vocation of brick-and-mortar stores is changing: their primary purpose is no longer selling a product, but conveying brand identity to potential buyers. This is why architectural storytelling plays such an important role in the construction of commercial spaces.
One American example is the work of Heliotrope Architects of Seattle on renovation of the Filson NYC Flagship Store in mid-town Manhattan. The mattress store now contains an old barn, the key element in the new store’s architectural storytelling. The architects have created a retail space sharing the same level of quality and integrity as the product sold, using reclaimed materials such as an old barn from the Northwest and wooden planks from another old building.
We have looked at a lot of bookshops in these pages, but one that really stands out is Mumokuteki Concept Bookstore, created by the creative designers of LUO Studio in the unused underground part of a shopping centre in Beijing, China. The project aims to make the most of the existing construction, with its technical installations and all the limitations resulting from being underground. Designer Luo Yujie started out with the idea of honestly presenting the space as it is, and instead of concealing the bulky pipes on the ceiling, refining the columns and concealing the walls, the store’s original condition was revealed, restoring all the architectural elements to their original condition to reveal their purest, most authentic spatial qualities so as to set off the books at their best.
Another reclamation project of a completely different type was performed by multidisciplinary design studio Lagranja Design in Gibraltar. The team of creative designers was commissioned to create something truly unique: the physical headquarters of a bank that deals exclusively in crypto-currencies. The challenge was to give material form to something intangible in a physical location of great visual impact, a former army barracks in the historic centre of Gibraltar. This was not only the first physical branch of the bank XAPO, but the studio’s first conversion of a historic building. Through creative contamination of archaeology and modern design, the old complex made of locally quarried limestone, with its ceiling still supported by the original timber beams, now carefully restored, successfully conveys the atmosphere of an ancient bank vault.
We conclude our overview in Austria, where the architects of German studio blocher partners expanded the headquarters of Bründl of Austria, a big name in sporting goods. The spectacular expansion of the company’s headquarters in Kaprun, which has already won the Austrian national prize, represents an optimal combination of the aspects of innovation and sustainability, demonstrating respect for its context with a sculptural architectural volume that fits perfectly into the Alpine landscape. The goal is to convey Bründl’s passion for nature, the mountains and Alpine sports in all their forms, and blocher partners succeed in this intent thanks to interaction between architecture, interior design and graphic design in a building of low environmental impact and high visual potential. 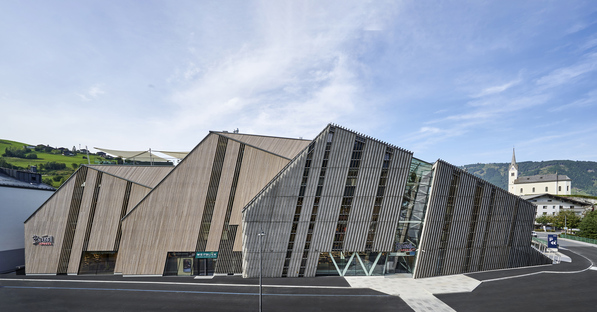 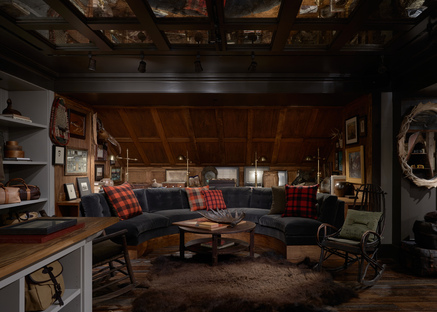 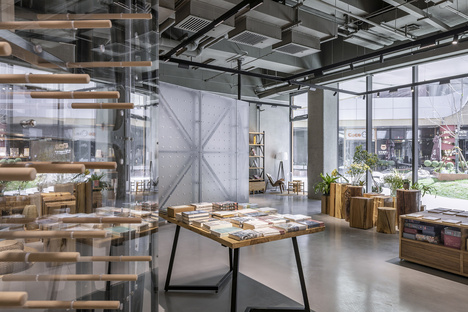 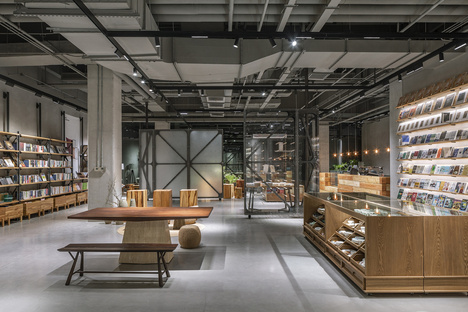 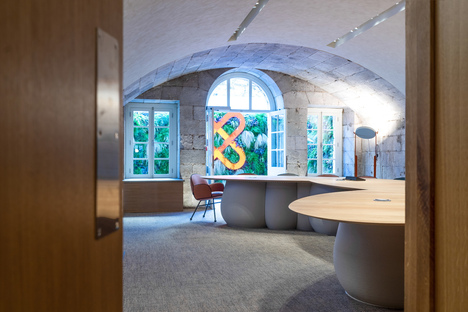 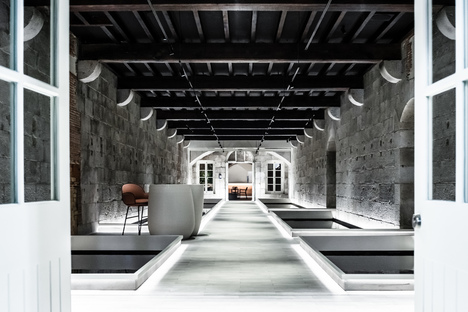