The team from Chinese studio BANDe Architects have turned the basement level of Kuntai Jiarui Cultural Center into a multifunctional space called GreenMonster Lab. Their concept is based around reorganising the existing environments and using different materials and forms to create an immersive experience 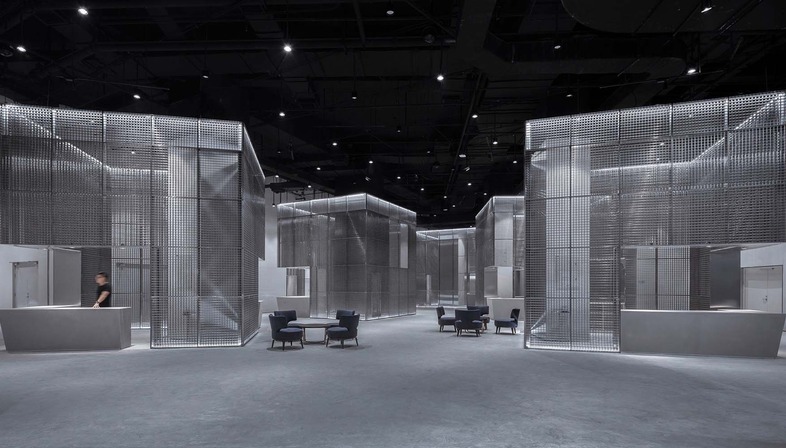 GreenMonster Lab is located on level B1 of Kuntai Jiarui Cultural Center in the CBD of Wangjing, Chaoyang District, Beijing. The almost 5,000-square-metre complex includes an exhibition centre, traditional culture hall, bookstore and brand exhibition space, among other areas. The design team from BANDe Architects was faced with the unenviable task of coming up with a catchy, rational solution to organise a space that they describe as “tough and chaotic”. One of the reasons for this is that the space is underground so there was no way of setting up a connection with the outdoors or even to be able to natural light in their design of the spaces. The high-ceilinged floor also threw the designers with what appeared to be randomly scattered columns, fire doors and exposed ductwork.
On the one hand, they wanted to create a visually standout environment on a human scale, and on the other, they needed to do something to counteract the effects of the basement position and hide all the disruptive elements. So, BANDe Architects decided to incorporate what they couldn’t get rid of and came up with three different zones: “the feast”, “the craftsmen shop” and “le flottant”, each one with its own purpose and its own look.
“The feast” opens the spatial sequence and is the first setting people find when they descend on the escalator. This is a set of timber structures that are reminiscent of traditional Chinese pavilions, and where exhibits from all over the world are displayed. BANDe used wood because it is a traditional material and is a kind of representation of Chinese architecture. The natural material also brings some warmth into this large, industrial space, a real feast for the eyes. At the same time, it has been used to cover up the original cold concrete.
The “craftsmen shop” is the second zone in the sequence of the overall space. This one consists of five architectural elements made from perforated metal panels. The architects used these to cover up some of the oddly-positioned columns and in so doing have managed to create a cluster of buildings that emulate the streets and alleys of the city. The difference here is that people can enjoy wandering around without all the hustle and bustle and noise of the real city. These five units have also been set up for use as food stands, as well as a gallery since their walls are perfect for hanging and displaying artworks.
The third and final part of this project by BANDe Architects is called “le flottant”. This also responds to the architectural contingencies of the location, incorporating columns and ductwork. Here, the team crafted a row of eight artisan workshops, like stands in a market, and it is the last place that people encounter.
The GreenMonster Lab by BANDe Architects in the Kuntai Jiarui Cultural Center, Beijing, is a manmade space and it doesn’t hide this because, in addition to the three-dimensional storytelling, its purpose to actually hide the architectural container to craft an organised space for an immersive experience in a separate world. 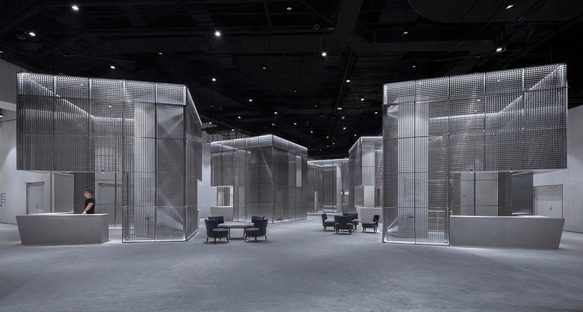 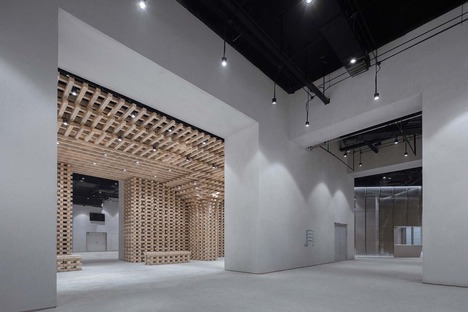 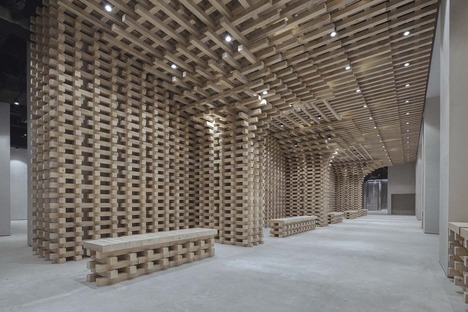 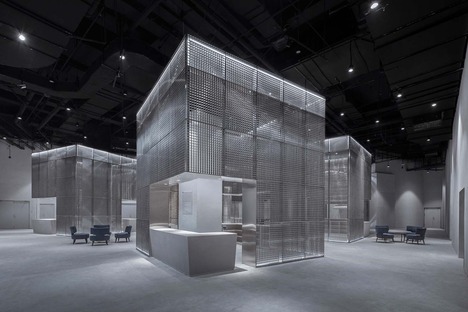 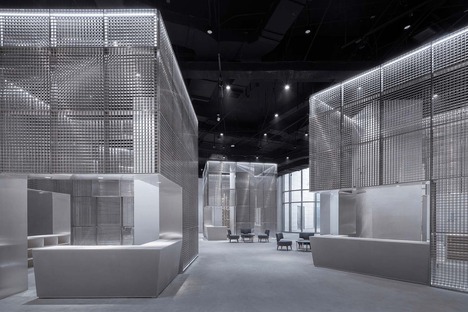 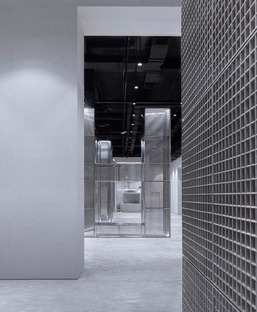 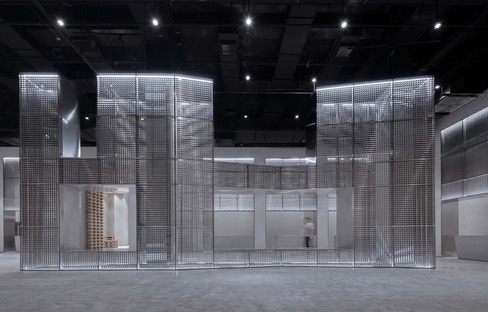 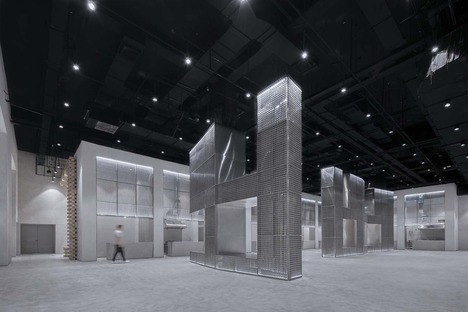 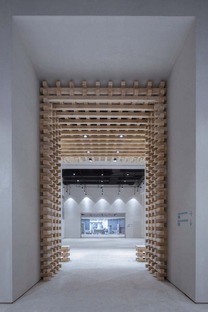 Layering Courtyard in Beijing by ARCHSTUDIO