The Chinese architecture firm TEMP has created a small infrastructure in the Olympic Forest Park in Beijing. The project aims to improve the usability of the park originally created for the 2008 Olympic Games, providing a service area for runners to meet, store their things, buy drinks and shower. 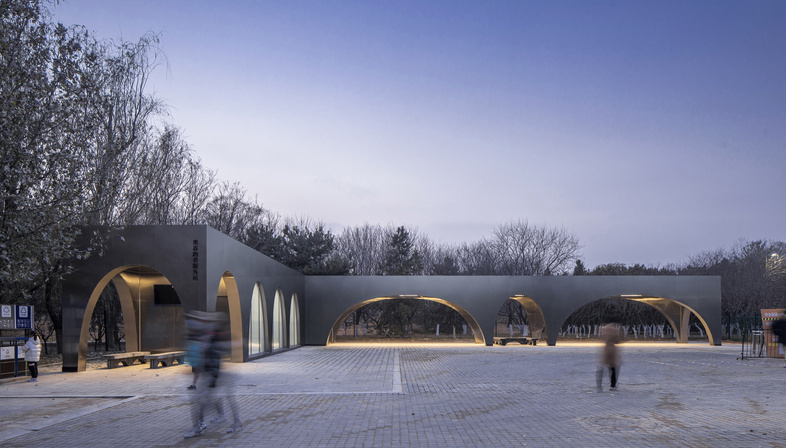 We began the week with an article about the redevelopment of a small urban park in the United States, with the addition of a pavilion as a meeting point for citizens, and we conclude it with another architectural project that fits into a local park in Beijing. Despite the difference in size between the two projects, their aim is similar: to improve the experience of users of the respective recreational areas.
In the case of the Runner's Station, located in the Beijing Olympic Forest Park, the project involves a service infrastructure within the park which, after the 2008 Olympic Games has distinguished itself as the place where the largest number of runners train throughout the year in the Chinese capital, because running has indeed become a very popular sport in China in recent years. To fully respond to the intentions of the organisers of the Games, who wanted to encourage the use of the park by locals, interventions were needed to adapt to the new needs of users. The park administration therefore commissioned the Chinese architecture firm TEMP to design a structure where runners could meet, store their things, buy drinks and shower.
An interesting challenge for the architects of the firm, founded in Beijing in 2017 and which in 2021 was already listed by AD as one of the 100 most influential architecture firms in the world. TEMP sees architecture as both an exploration and an expression of reality. To address the need identified, the architects began investigating the site where the new Runner's Station was to be created and proposed two structures to respectively house the women's and the men's showers. The two volumes have been positioned on the perimeter of a public square, which thus becomes a meeting point for the park’s users. The structures have been designed to create a portico open on both sides, welcoming users from all directions of the square.
The parabolic arches that form the arcade create a strong visual impact with their symmetry. A repeating series of arches accommodates the showers, which are enclosed by translucent glass panes that provide both privacy and natural light during the day. The open parts of the two volumes contain the lockers, a seating area and drink dispensers.
Despite its simplicity, the architectural gesture of the arches enhances the perception of the place, as the new structure not only serves the public in a functional way, but also emphasises the aesthetic values of design.
Indeed, during the studies carried out on-site, the TEMP team carefully observed the runners and other users who frequented the park and noticed that they used many of the natural object found in the area – stones, tree trunks or branches – for stretching. The architects therefore decided to respond to these needs with the installation of special bars that curve in various directions to suit all body types. The thin curves of the bars have been positioned among the park's trees, blending in with the sinuous lines of the branches and with their white colour among the colours of the tree trunks.
With the Runner's Station and the new stretching equipment, the intervention carried out by the TEMP architecture studio has improved the usability of the Beijing Olympic Forest Park, to the great delight of the many runners who flock this place on a daily basis. 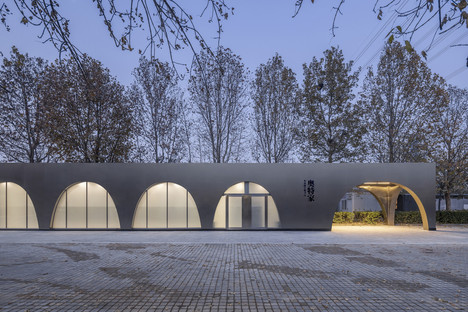 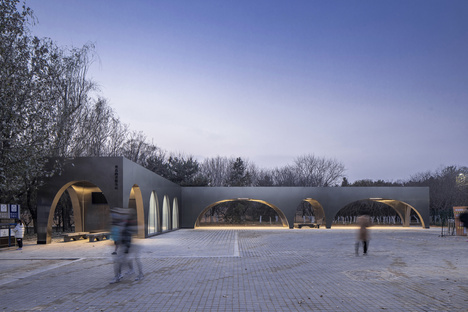 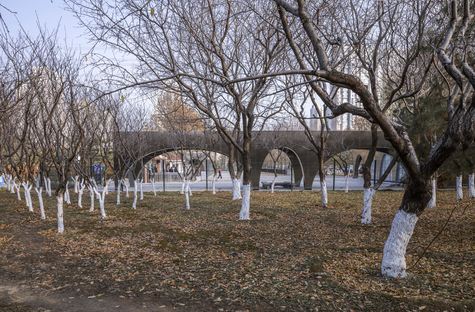 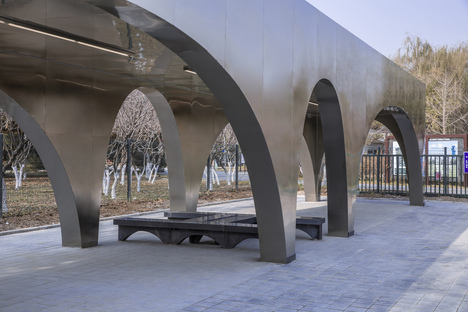 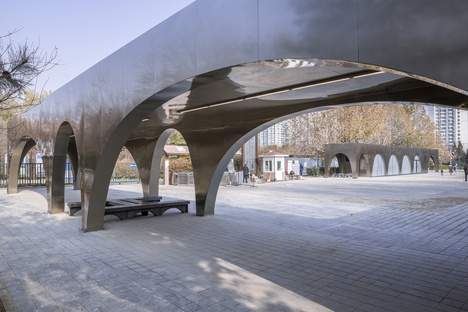 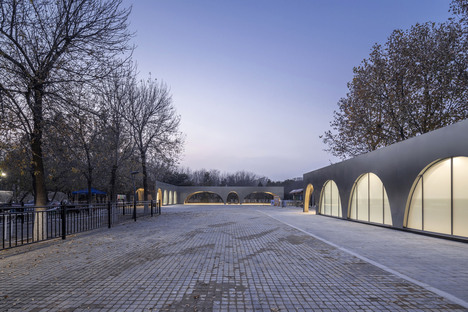 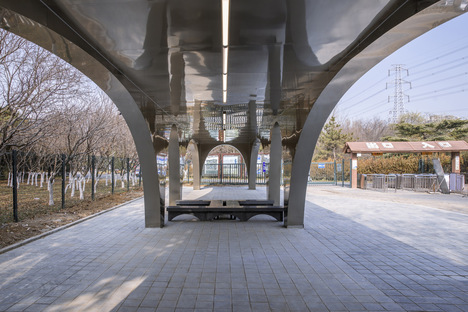 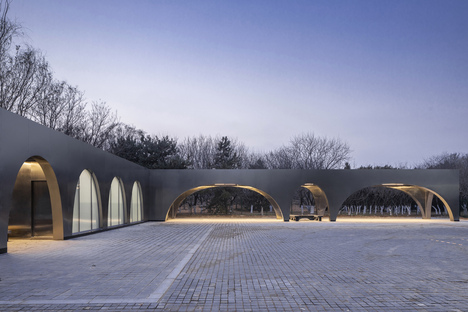 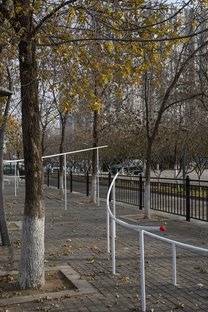 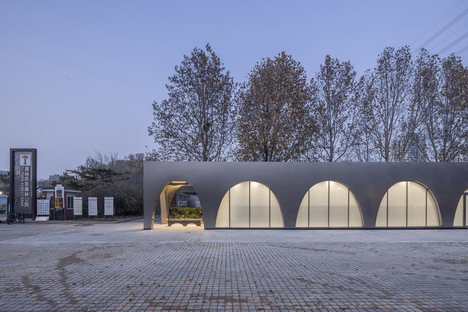 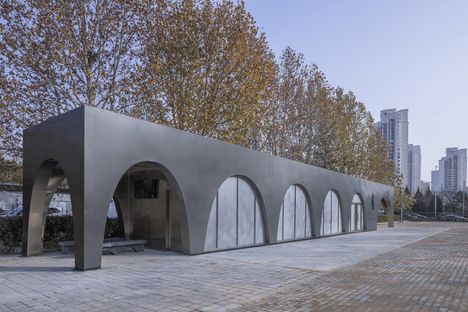 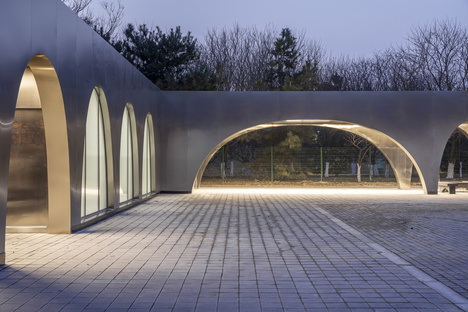