The expansion on BIG’s Isenberg School of Management in Massachusetts is an unpredictable building combining simplicity with imagination, using the simple, effective technology of copper-coated steel trusses 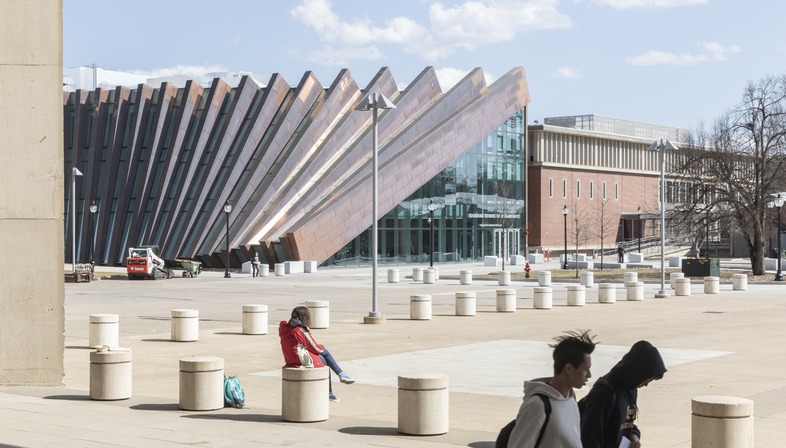 The expansion on the Isenberg School of Management in Amherst, Massachussetts, in the USA, by BIG and Goody Clancy, is a loop built out of copper-plated steel trusses.
The School of Management building on the Massachussetts University campus required expansion, and the architects of BIG and Goody Clancy came up with a round building with a spiral-shaped floor plan. The building not only contains new study rooms but connects the top floors with the lower floors of the old building constructed in 1964, creating a big hall for students on the ground floor. The exterior of the building’s façade is flush with the concrete and brick façade of the existing building, but then changes due to the surprise effect of pillars which slope more and more sharply inward to become trusses, creating a go-down effect with a highly plastic appearance.
The building is not particularly innovative in structural terms, as the pillars that become trusses are made with a simple, well-known grid shape and are covered to conceal their true structural nature.
Their plasterboard surface is visible inside the hall, whereas from the outside they appear to be plated in copper sheeting, cut and assembled in rectangular pieces. It is worth noting that the folds typically used to join the plates are within the area of the rectangles, so that the wall does not have the crests often present on façades of this type. And it is this design expedient that makes the girders look as though they are made out of big blocks of copper.
Finally, the windows are positioned to accentuate the chiaroscuro effect created by the girders, which protrude out far beyond the windows so that they also act as sunbreaks, in addition to their structural role. By night, the bright light inside the building helps fill in the void created by the darkness of the park. 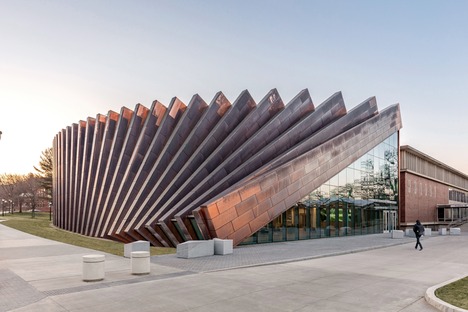 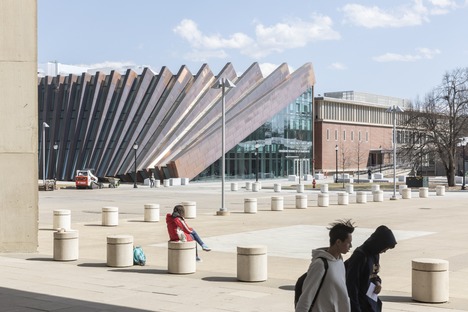 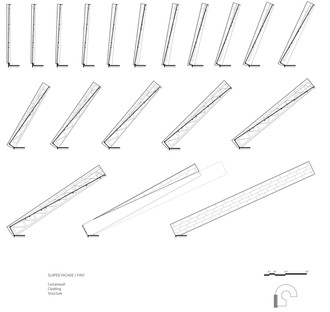 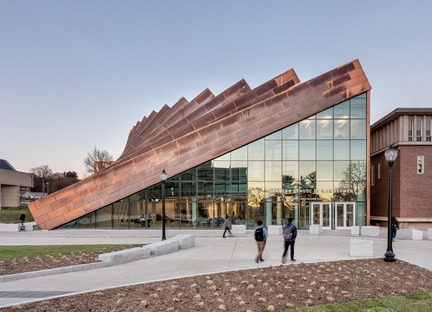 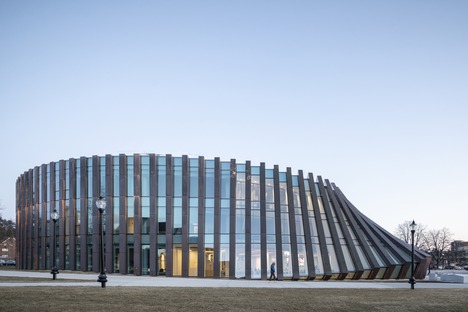 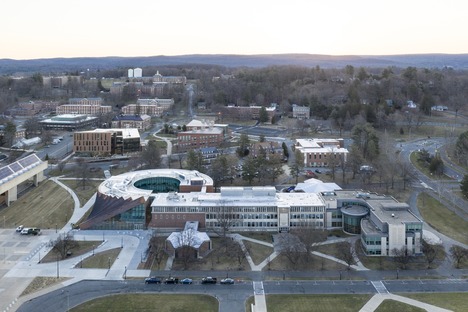 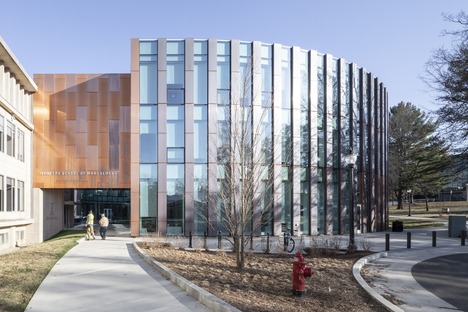 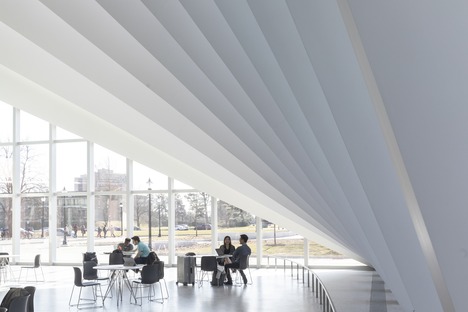 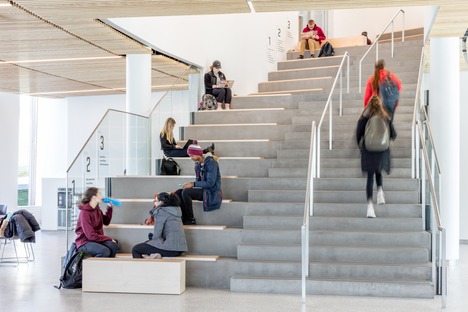 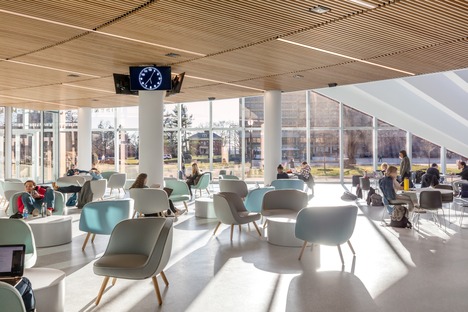 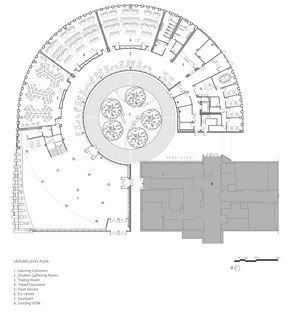