An auditorium for readings shaped like an airship now dominates DOX Centre for Contemporary Art in Prague, based on an optimistic view of art and literature as something powerful and unforeseeable 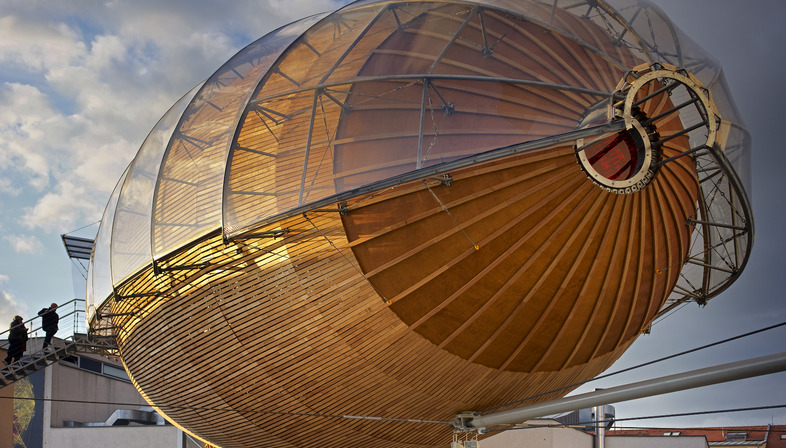 A literary auditorium made of wood, steel and plexiglass in the shape of an airship rises over DOX Centre for Contemporary Art in Prague.
The intention of museum curator Leoš Válka was to create a place that would add character to the austere existing concrete building, which has a regular, unattractive appearance, with something unexpected. When he appointed architect Martin Rajniš, the idea took shape day by day until it was given concrete form in a plan for an airship sitting diagonally on the roof of the museum.
The intention was to create a space that would allow writers’ imaginations to take off, right in the place where they would be reading their literary works. Building an elegant sort of airship seemed ideal, as it would carry guests away on the wings of their imaginations.
The architects designed a finely wrought 72-metre-long fuselage, the steel structure of which achieves the feat of joining the wood in a structure made up of long, thin rods with a square section which are in turn rigidified by rings of different diameters. Here every part is fastened by bolts and held rigid by taut cables, so that all the wooden components work by compression and the metal ones by traction. The entire structure is further improved by a staircase, the horizontal parts of which collaborate in and perfect the static model.
The points on which the big volume rests are even more interesting, as most of the structure rests on the roof, with the remaining part hooked to a steel cable that releases its weight onto supports on the concrete building. All this is because the architects did not want the fuselage to be cantilevered, to keep the size of its structural components slender and give people the sensation of flying. They have certainly achieved their goal!
The structure is made to look for all intents and purposes like an airship, with a steel strut hinged onto the tip of the niche in the fuselage, inspired by the tow hooks on real airships, playing the static role of absorbing horizontal thrust that could compromise its stability.
In this project it is exciting to come into contact with the building’s structural parts, which are not normally open to the view; here they are brightly lit by the daylight filtering between the beams protected by curved plexiglass floating on the roof. 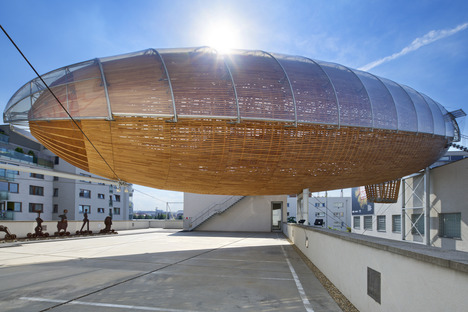 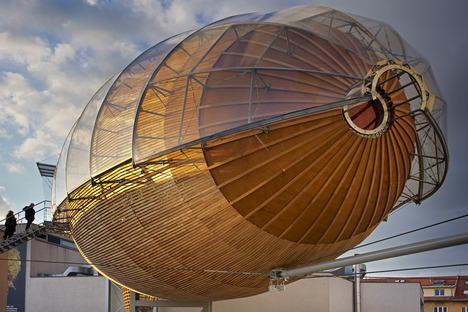 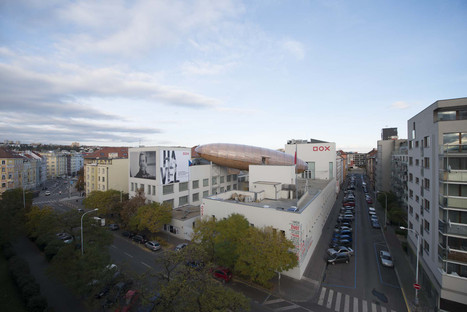 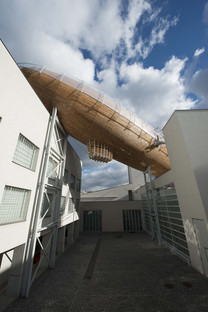 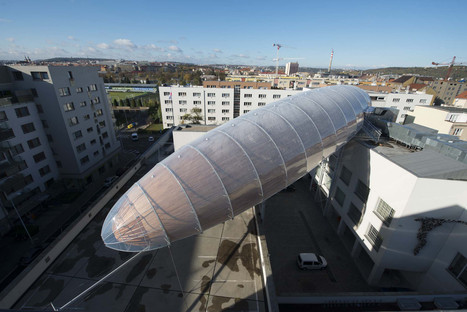 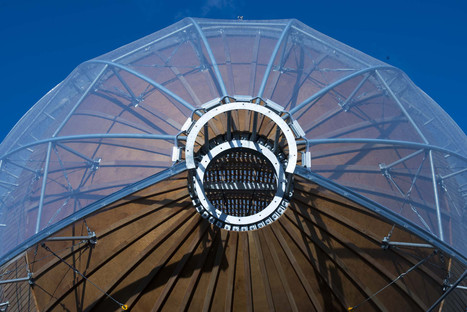 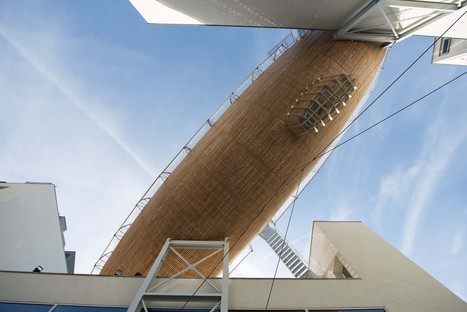 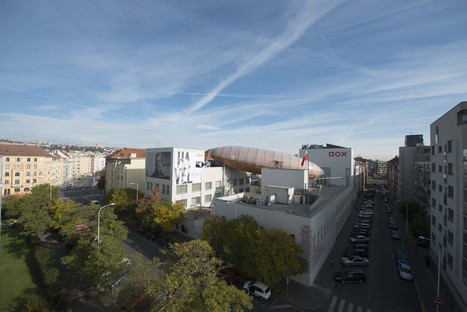 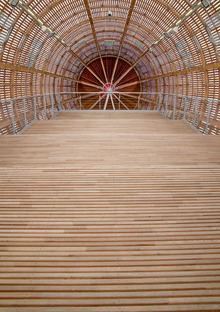 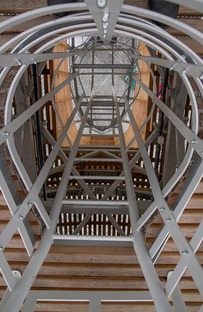 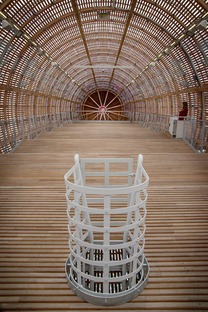 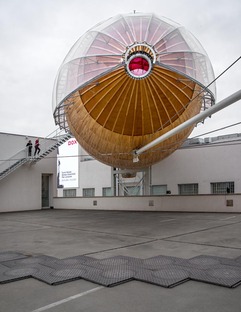 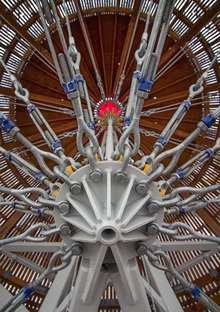 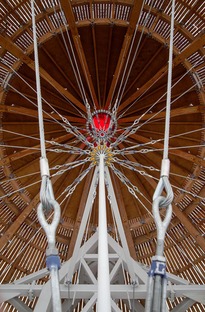 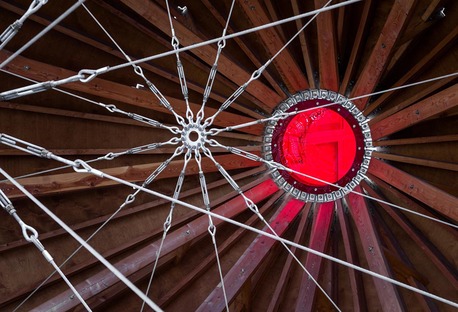 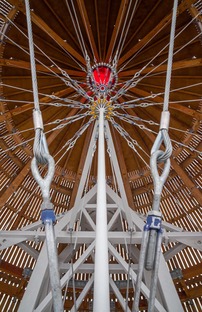 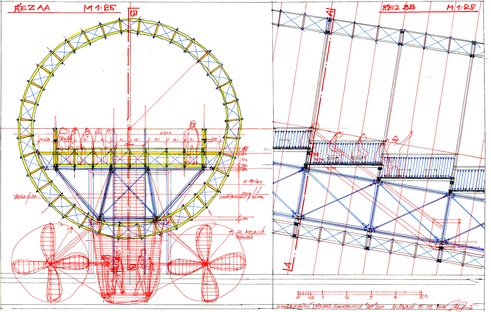 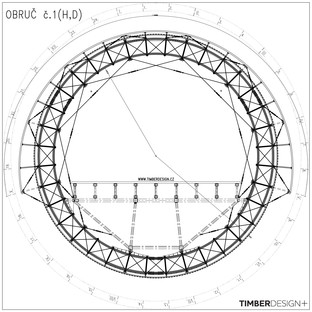 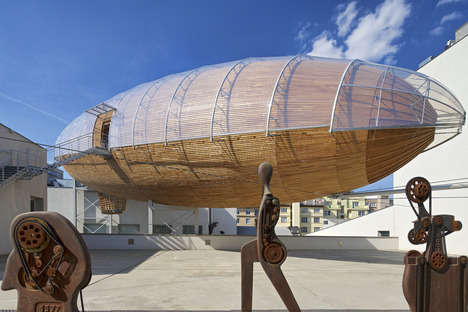 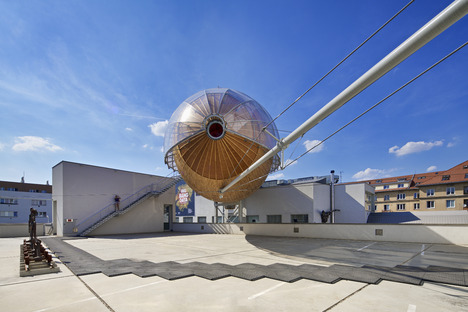 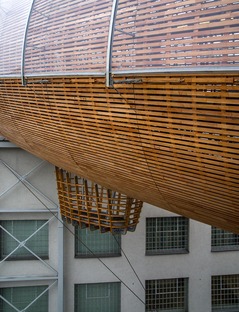 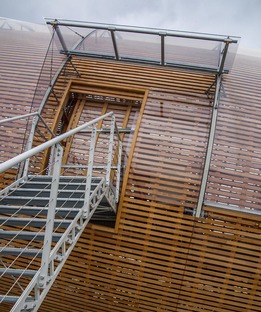 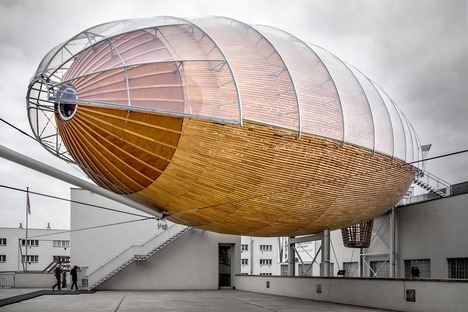 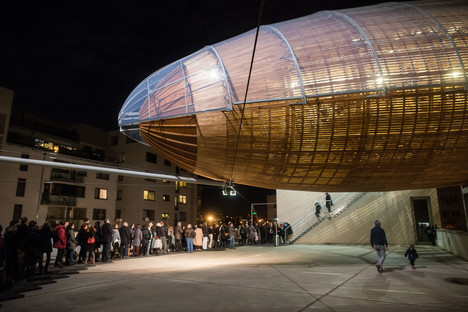 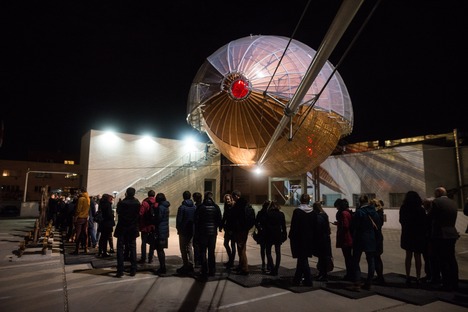