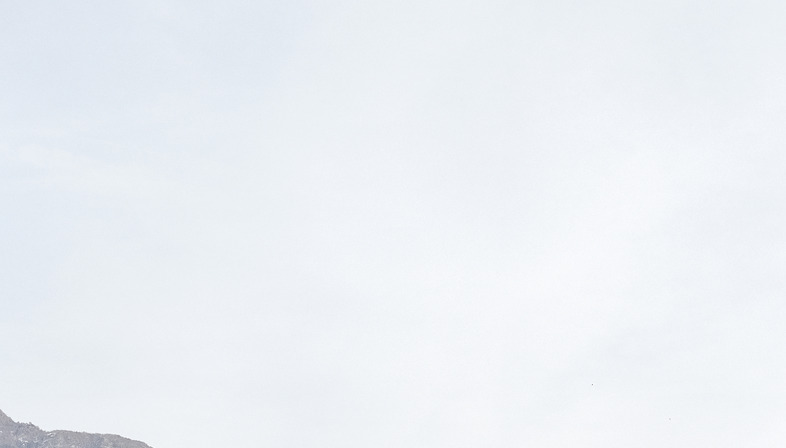 The new congress centre in Agordo is a glass building with a glulam frame and cross-bracing elements.

Botter-Bressan of Agordo designed a simple building with a highly characteristic structure inspired by the traditional constructions in the local valleys known as tabià.
The existence of an adjacent building containing a variety of services and offices offered the inspiration for a rectangular space measuring 6,400 sqm, with practically no accessory spaces, in which the simplicity of the interiors creates a sensation of true grandeur: the perimeter is made entirely of glass, creating the feeling of being surrounded by nature rather than in a building.
The choice of timber for the construction of a 112x57 metre rectangle measuring 14 metres high on the inside, reflects the building materials used in the area, with its vast forests of larch and fir. The building is intended for use as a local cultural centre, hosting not only congresses but cultural events in an area of urban expansion of considerable strategic importance for the district.
The architects designed a pitched roof that alternately rises and falls, with glulam edge beams and timber truss girders at right angles to them, at intervals of 6.4 m. These in turn are alternately supported on glulam pillars and on the midline of the edge beam, according to a precise scheme. The edge beam is thus structurally aided by the two struts ending at the base of the pillar, with steel joints buried in the concrete foundation plate.
It is interesting to note that the truss girders in this project are braced by apparently slender oblique props, alternately at the head of and in between the centre beams, which is surprising in view of the beams’ 57-metre span.
And as there are no basements or nearby buildings, the heavy vertical forces are easily released into the soil here, creating the impression that the entire construction is a relatively small and above all lightweight building. 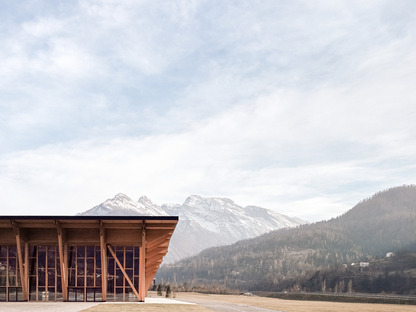 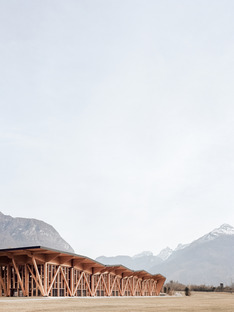 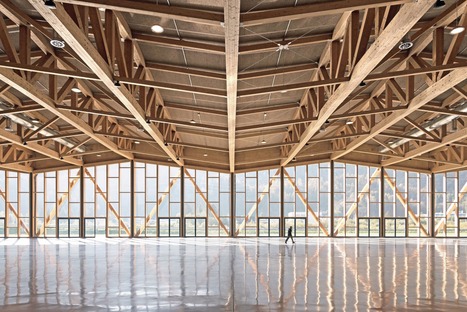 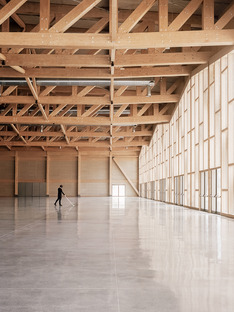 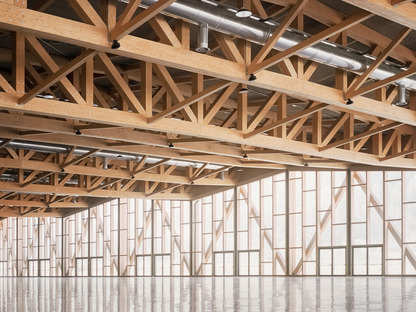 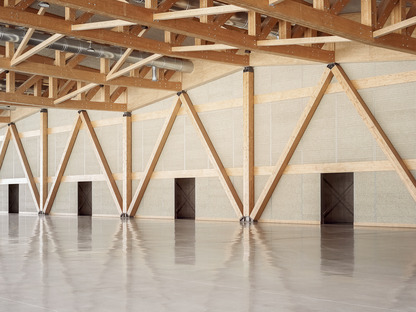 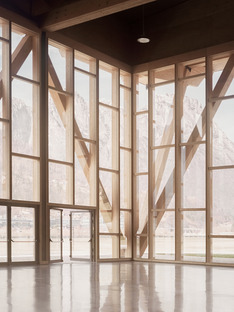 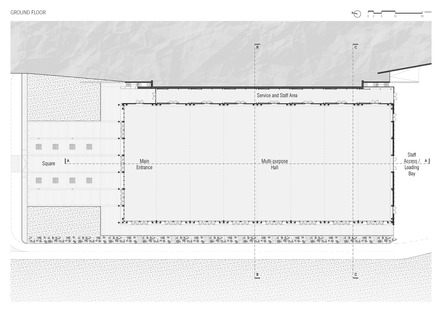 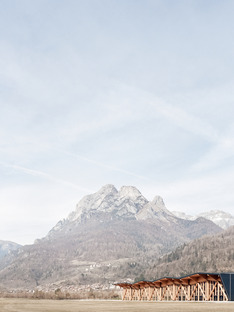 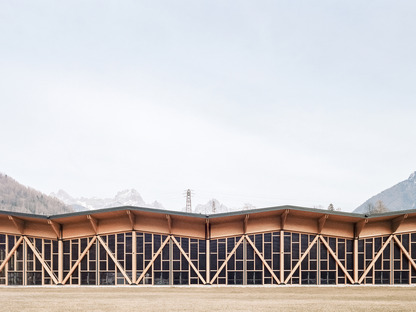 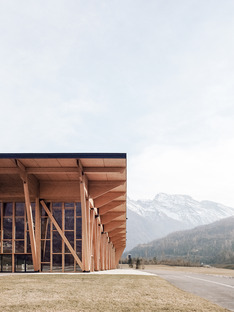 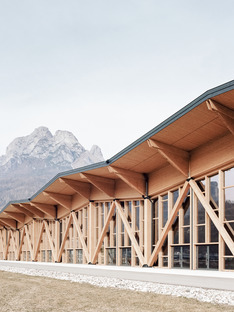 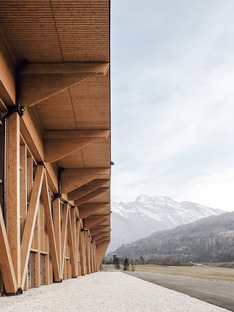 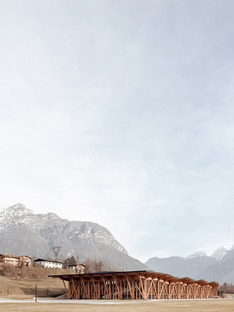