BIG has constructed a building on 126th Street in Harlem, New York, with a façade made of interlocking blackened steel panels. The building’s curved shape has earned it the nickname “The Smile”. 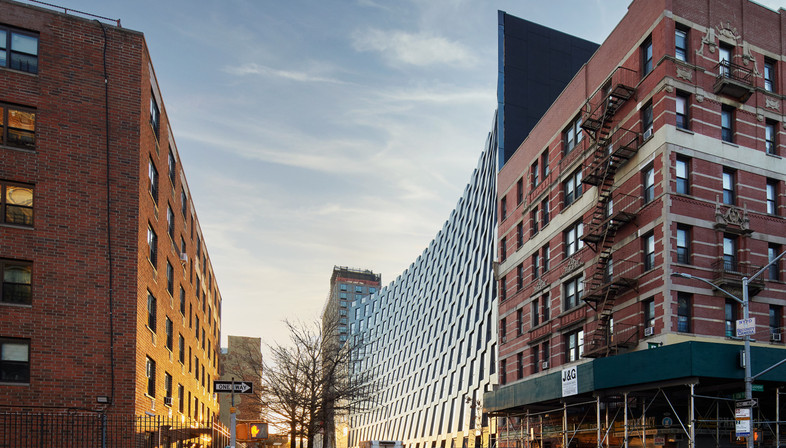 Big has constructed a building with a curved façade alternating steel panels with glass in a checkerboard pattern in Harlem, New York.
Like other New York skyscrapers, the residential building on 126th street features plenty of common facilities.
What is unusual about this building is its new evolution of the concept of urban façade. The building that used to stand on the lot, constructed in 1916, had a straight façade aligned with the street, but this blocked the light to other buildings and the street; hence the idea of sloping back the façade toward the inside of the lot, so that more sunshine could reach the apartments and the street. Big reinterpreted the standard form of construction to curve the façade back toward the interior of the lot while maintaining the classic alignment with the street on the ground floor. What’s more, the building is level with the adjacent buildings where it connects to their edges, avoiding an inconvenient and ugly difference in level; all these compositional choices give the façade a look the architects call “The Smile”, though it could equally appropriately be called “The Hug” for the feeling it creates when seen from below.
In technological terms, Big used a combination of techniques to create this hyperbole shape: reinforced concrete for the base and central core of the structure, and steel for the main façade, composed of big trusses which are hidden from view on the outside but form a part of the interior architecture, clearly visible in the buttresses and in the trusses that even run through the full height windows. These openings alternate with blackened stainless-steel panels, all identical and made by hand in Germany, the result of a combination of mechanical, chemical and electrochemical treatments which create a naturally long-lasting surface even without any further treatment. The result is a vibrant metropolitan checkerboard with a powerful, dramatic impact. The building’s great impact on the street front is accentuated by the architects’ decision to conceal all the connections of the panels hiding the window frames. The final result is a synthesis with a particularly bold impact on its urban surroundings. 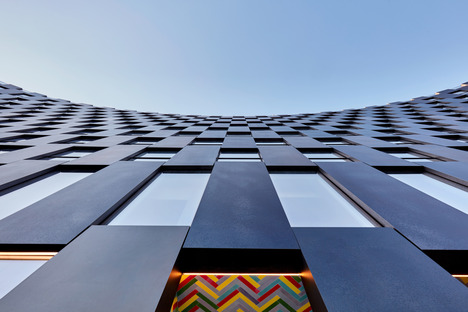 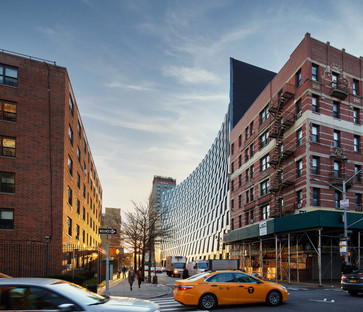 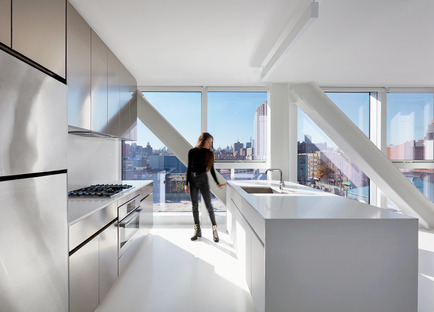 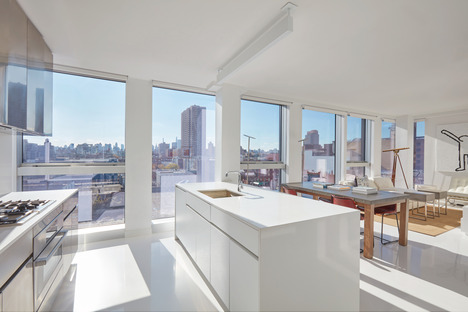 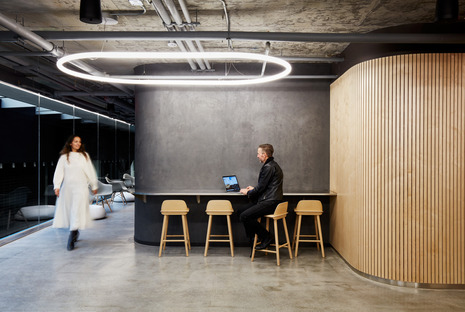 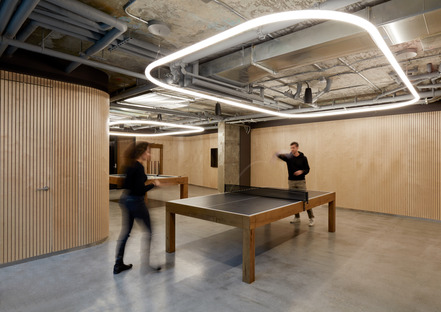 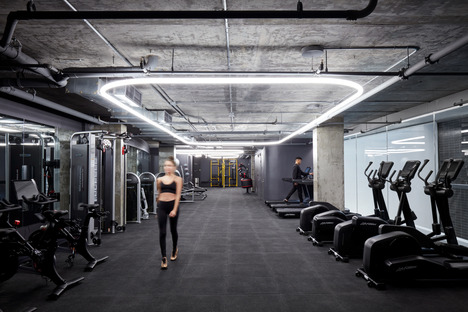 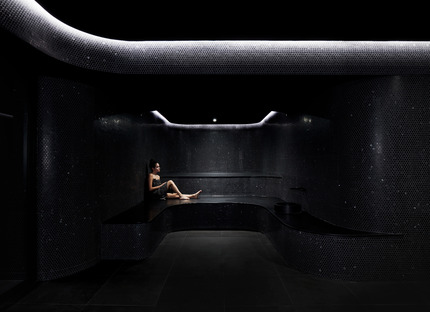 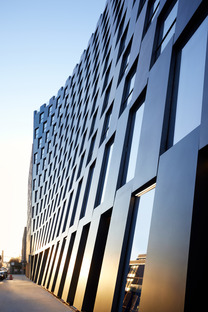 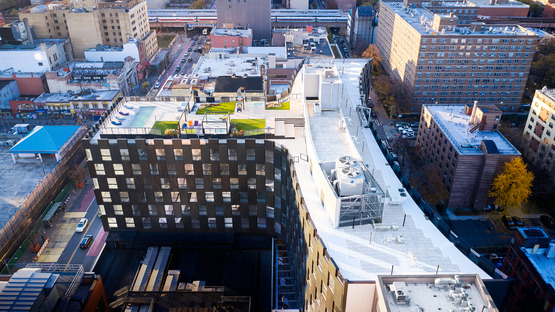 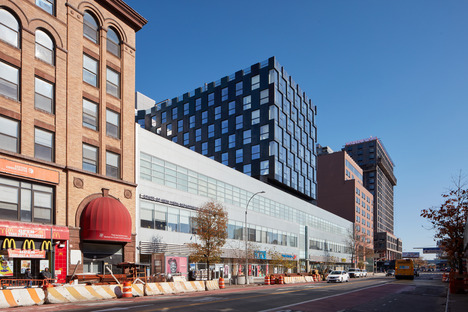 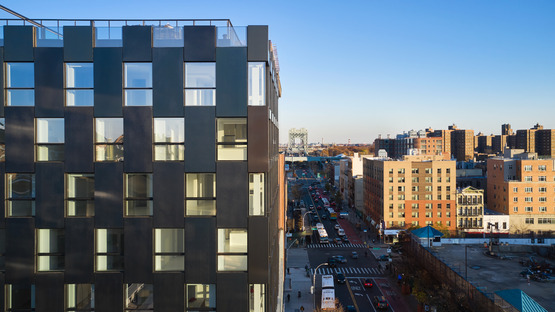 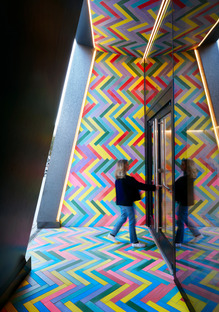 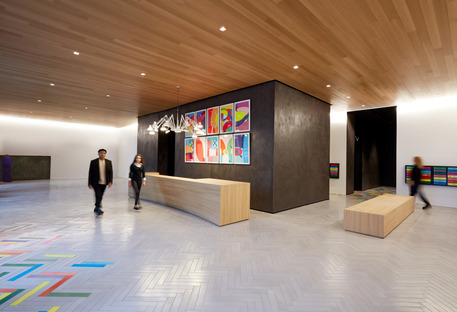 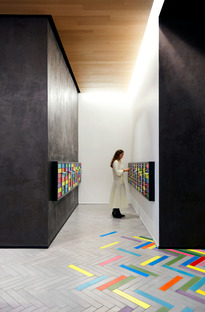 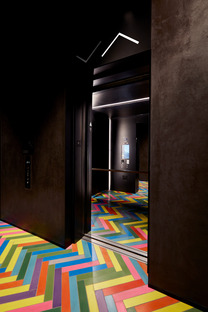