MVRDV built a covered market of glass and steel printed with photographs of the old building standing on the site in Schijndel, in the Netherlands 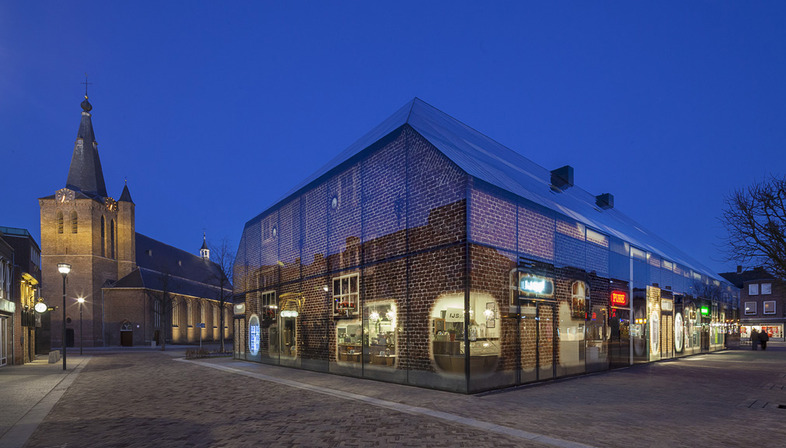 In Schijndel, in the Netherlands, the architects of MVRDV built a small multipurpose centre completely made of printed glass, reproducing the sides of the old building that stood on the site in images.
The project, which began in 2000 and was finally built in 2013 following a lengthy gestation period, stands in a historic square in Schijndel, in the place of a historic building, the city’s former covered market. It had been adapted several times over the course of its existence, with expansions and modifications that, however, no longer responded to the social requirements of the site. And so the old historic building was demolished to make way for a new one, filling in the full volume permitted under urban planning regulations and maintaining the same shape as the old building, but with a completely different construction technology.
To establish a link with the history of the place, Brakel Atmos was asked to take ultra-high resolution photographs of the old building and print them on the glass walls of the new one, creating a darkening film between the outside and the inside. The new centre contains shops, a restaurant, offices and a little wellness centre under the roof, but what is unusual about it is that though the cladding feels like a box containing another building, this is not really the case.
Basically, the structure consists of a grid of black steel box profiles in which the outer joints are little bits of silicone grouting, so that the corners are delicately tapered. And to permit transparency in the shop windows, a computer was used to design the hues framing their shapes, mitigating the transition between the printed building and the real window. This avoids inconvenient architectural squares in favour of an ironic graphic leap to the prints on the glass. The same irony is evident inside, where the glass is no longer transparent, while the exciting view of the nearby church is blocked by a gigantic vision of a traditional Dutch building. 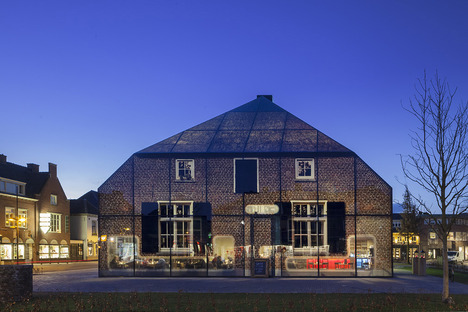 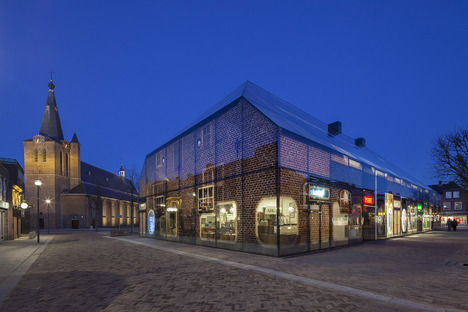 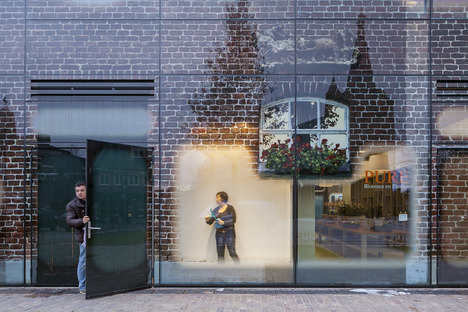 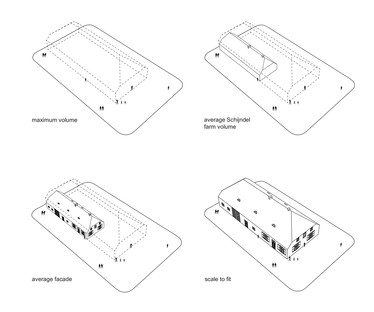 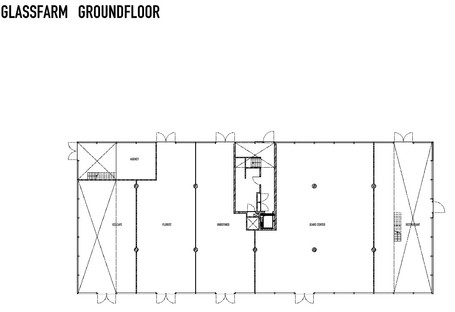 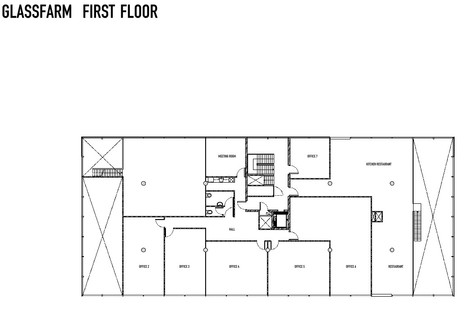 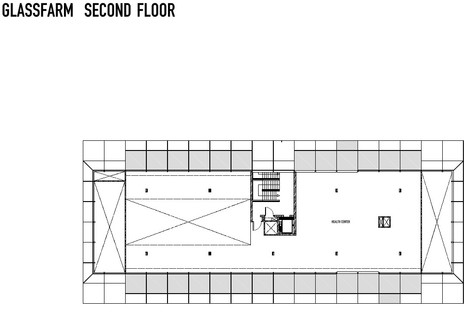 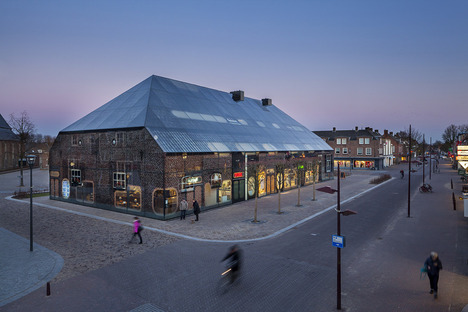 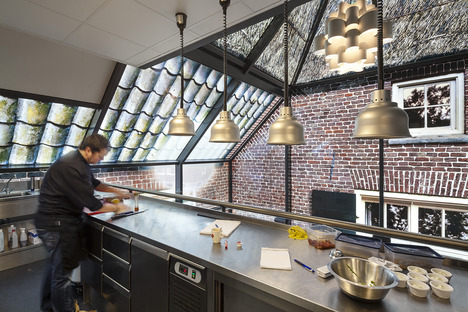 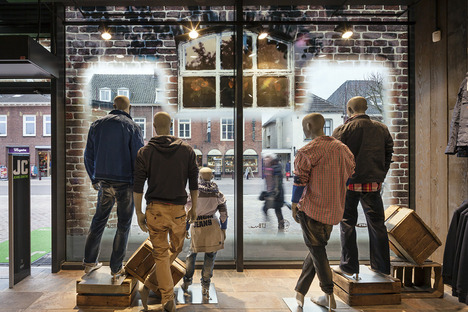 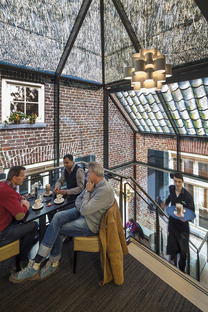 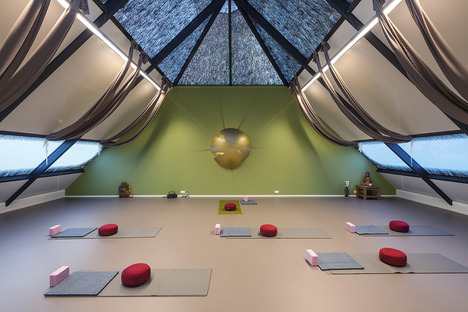 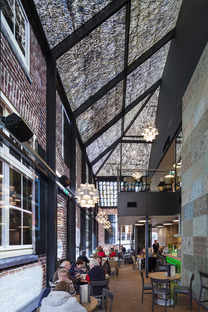 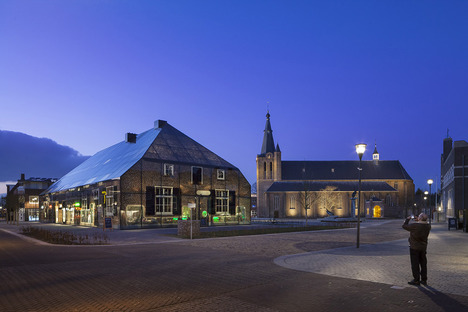