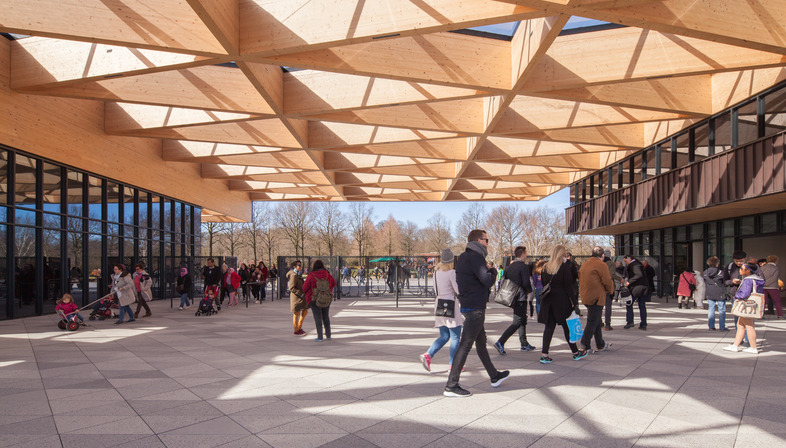 The Dutch garden of Keukenhof in Amsterdam, renowned for its flowers, needed a new main entrance and Mecanoo created one with a simple yet bold glulam wooden roof.
The first thing we notice about the project is its simplicity: two large symmetrical buildings facing one another, joined by a flat roof extended from one building to the other with big flat stepped surfaces. Looking at the entrance, we see that the roof, which starts on the second floor of the building to the right, covers the space between the two buildings to create a covered plaza revealing all its structural ribbing, which is in turn composed of interwoven beams forming triangles and ends at the building on the left, which has only one floor. There are therefore a total of five horizontal roof surfaces covered with corrugated bronze-coated copper. An attentive eye will note right away that the beams are joined with invisible joints; particularly the main beams, with spans of up to 25.2 m, without any intermediate supports, to which the secondary beams are joined with strips of metal. Thus the architects manage to skilfully conceal the intersections between the beams to create an effect which allows us to guess that they fit together, without ever revealing how. The beams also conceal the lighting system, with leds positioned in little inserts on the bottom of the beam, suggesting that there are ducts only a few millimetres in diameter inside it. The beams jut out up to 10.8 m, as the client wanted no pillars in the covered plaza, so that the columns supporting the roof, inside the buildings, are very slender , thanks to the structural use of a honeycomb roof structure that reduces loads on the base of the foundation. The relaxing flat shape was intentionally chosen to maintain the focus on the world’s most famous tulips in Keukenhof Garden. 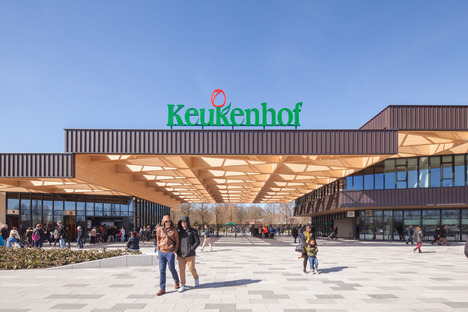 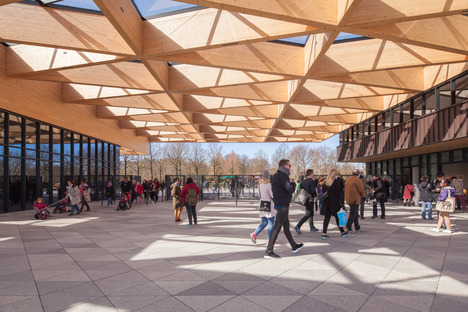 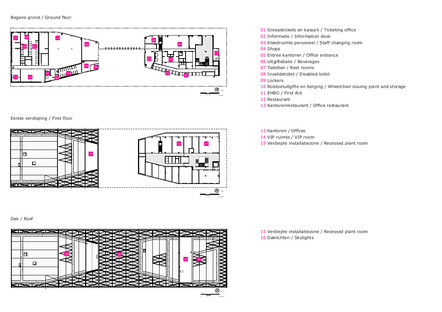 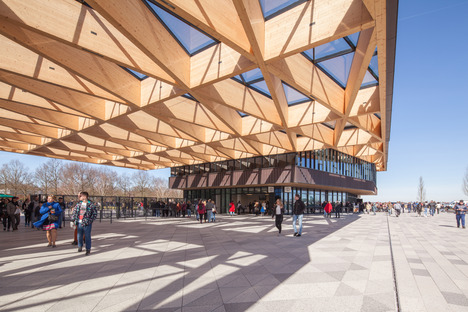 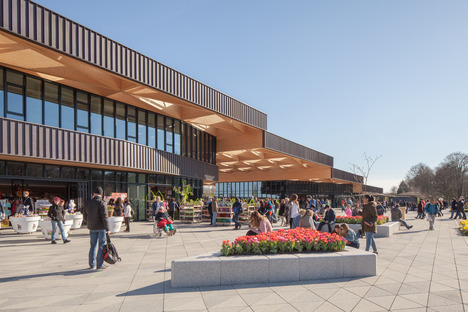 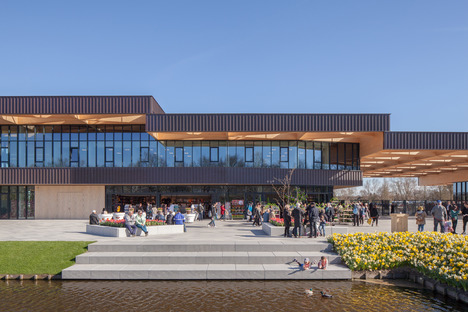 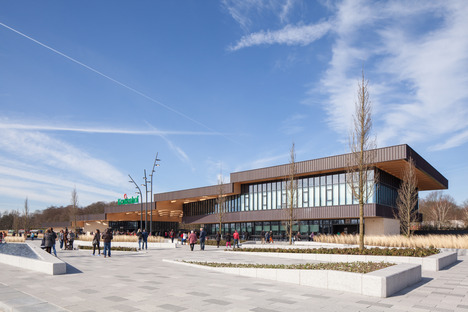 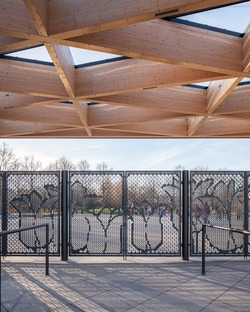 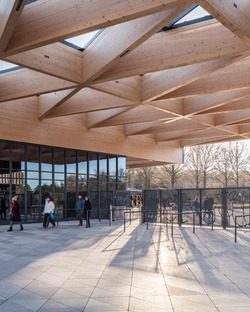 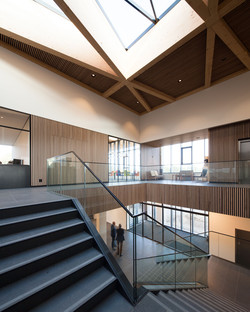 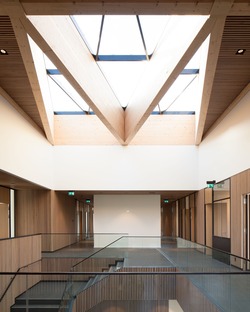