The new railway station in Delft designed by Mecanoo, featuring innovations drawing on the Dutch tradition of glassmaking and a surprising map of the city printed on the ceiling panels 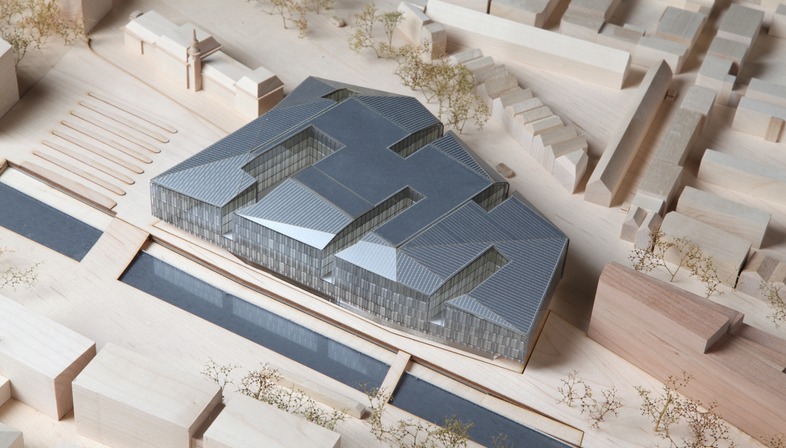 Delft has a new railway station designed by Mecanoo, the façade of which is an entirely modern version of the famous round glass assembled in the windows of historic buildings, but with a better energy performance than regular double-glazed glass. The station in Delft was redesigned in response to the functional requirements of today’s forms of travel. Mecanoo came up with a crystal-shaped building with a trapezoidal base and a multi-faceted glass and steel volume, in which plain windows alternate with others containing the rounds of glass typical of Dutch tradition. These are included not only to decorate the building and as a historical citation, but to improve the façade’s energy performance. Another new feature is that the roof cannot be walked on, as glass covers all the building’s surfaces, giving it its characteristic form and making the most of the greenhouse effect to heat the interior. The installations are coordinated to compensate one another, with use of a heat pump and recirculation of hot air already released into the interior. The steel frame is visible only inside the offices, with its ramified beams crossing spaces and adding character to workspaces. On the ground floor, white mushroom-shaped pillars with decorative bases elegantly interpret the building’s interior. But the most important vision appearing before travellers arriving at the station is a map of the city printed on the countless panels forming the false ceiling. A sequence of strips that the observer’s eye magically puts together in the mind when the visitor’s eyes are raised upwards to admire this optical illusion. 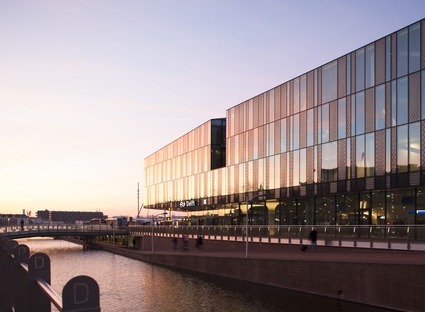 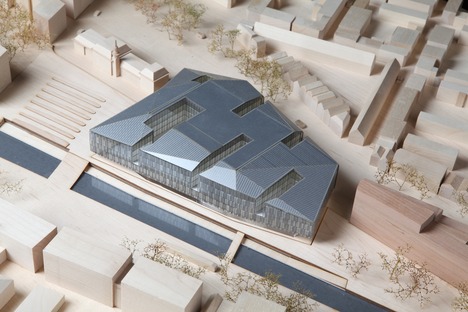 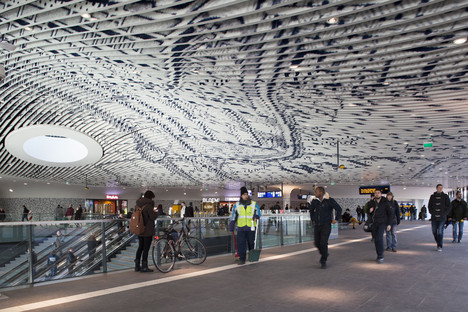 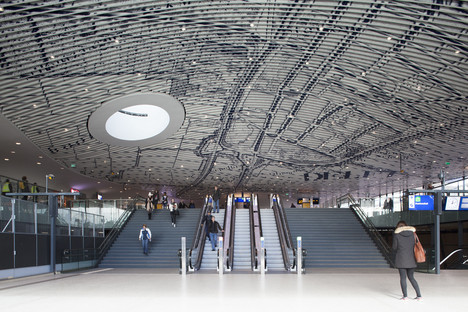 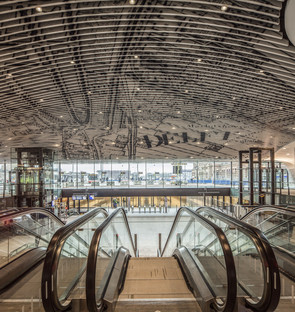 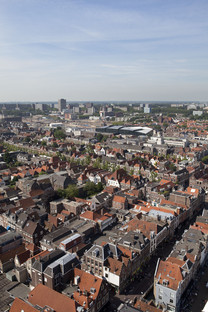 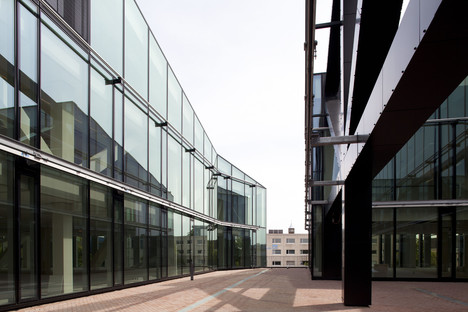 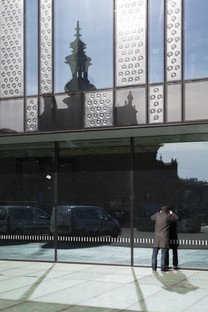 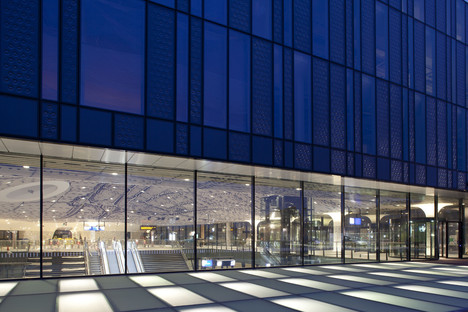 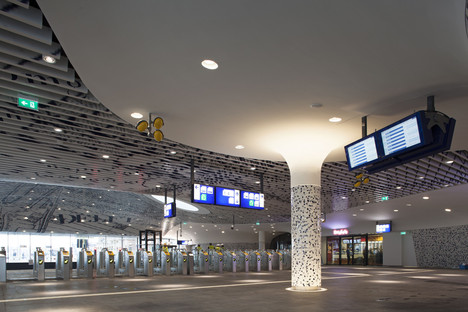 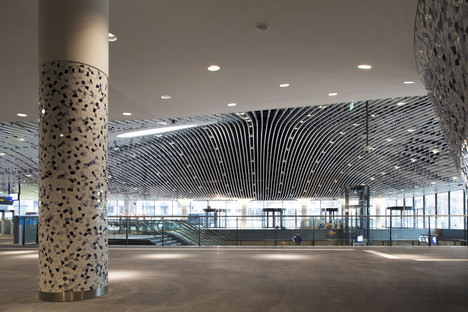 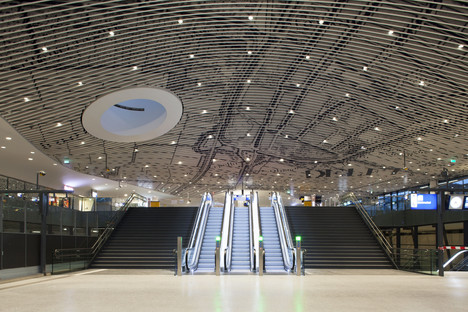 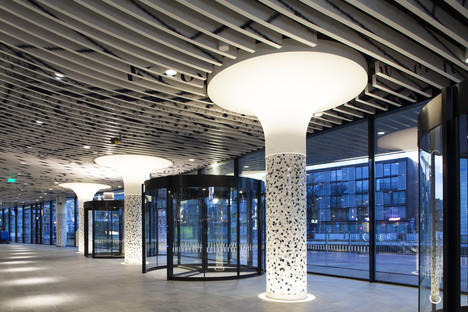